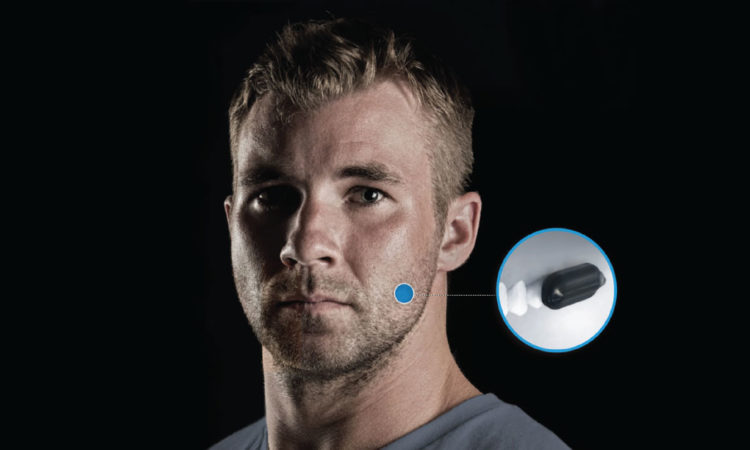 With previous funding from In-Q-Tel, the company behind the Molar Mic dental radio for military pilots, Sonitus Technologies, is awarded a multimillion dollar contract with the US Department of Defense (DoD).

Like many new technologies, this state-of-the-art radio dubbed the Molar Mic, that fits into the user’s teeth will first be implemented by the US military.

Many of the technologies we use today have military origins. Unmanned Aerial Vehicles (UAVs) or drones, were actually invented in the late 1800s as hot air balloons to function as bombers.

And everything from the iconic aviator sunglasses to instant coffee to Google Maps was originally intended for military use before becoming commercially mainstream.

Perhaps one day, the Molar Mic will make its way into the hearts and crowns of civilians everywhere, but first, what is the Molar Mic?

Armed to the Teeth: Molar Mic

The Molar Mic by Sonitus is an innovative two-way, personal communication system that fits a miniaturized traditional headset into a device that clips to a user’s back teeth.

The US Air Force loved it so much that it was awarded Phase II of its contract with the DoD, which is structured to provide the US Air Force with the novel new personal communication system.

“The voice interface sustains communications in dangerous and challenging environments. The Molar Mic is the first in our family of solutions that conventional approaches are unable to address,” said Sonitus CEO Peter Hadrovic in a statement.

The Sonitus solution creates a unique wireless audio interface by embedding both a tiny microphone for talking and a speaker-transducer for hearing in a compact custom-fit mouth-piece that snaps comfortably around a user’s back teeth. This allows the user to both talk and hear without external devices attached to the head.

The placement on the teeth uses the body itself to block external noise when speaking and leverages the user’s teeth and jawbone to create a new auditory path for hearing.

The result is an unobstructed head and face, clear communication, higher comfort, enhanced situational awareness and the ability to add or remove personal protective equipment without breaking communication.

The DoD, via its Defense Innovation Unit (DIU), has contracted Sonitus for a multi-million dollar, multi-year agreement, to complete development of the Molar Mic for purposes of transition to Fielding and Deployment of the system upon successful conclusion of the first segment of the contract which is funded by the US Air Force.

“Sonitus Technologies is honored to bring this game changing technology to our country’s elite military, making them safer and more effective by enabling them to communicate clearly – even in the most extreme situations,” said the Sonitus CEO.

Subsequently, other qualified branches of the US defense community may leverage the technology as part of the DoD’s program to enhance communications capabilities and operational safety of its personnel.

The new audio path eliminates the need for ear pieces, microphones and wires on the head. Initial investors in Sonitus include In-Q-Tel, Panasonic, KCK and Tsuha.

Sonitus was introduced to the DoD by In-Q-Tel, the not-for-profit strategic investor that identifies and partners with startup companies developing innovative technologies that protect and preserve US security.

In-Q-Tel (IQT) is the strategic investor for the U.S. intelligence and defense communities. It claims to be independent of the CIA, but its mission statement once read “to support the missions of the Central Intelligence Agency and broader U.S. Intelligence Community,” at least as late as 2016 when I first reported on it.

Before Google Maps became a platform used by millions of users around the planet, the technology was funded by IQT and developed by a company called Keyhole for military use during the Iraq War in the early 2000s.

Keyhole’s CEO at the time was John Hanke. Keyhole was bought by Google in 2004 and Hanke went on to found Niantic Labs, which is the company behind Pokemon GO, which became a worldwide craze in 2016. Niantic Labs was also absorbed by Google.

In-Q-Tel funds startups that benefit the intelligence community, including Palantir, which was founded in 2004 by former PayPal CEO and tech mogul Peter Thiel, along with several others.

“Palantir uses proprietary software to crunch vast amounts of data for the likes of JPMorgan Chase and the United States military’s Special Operations Command, with the goal of producing useful and even predictive insights,” Buzzfeed reported.

IQT was established in 1999 with a distinct mission: to identify and partner with startup companies developing innovative technologies that protect and preserve the nation’s security.