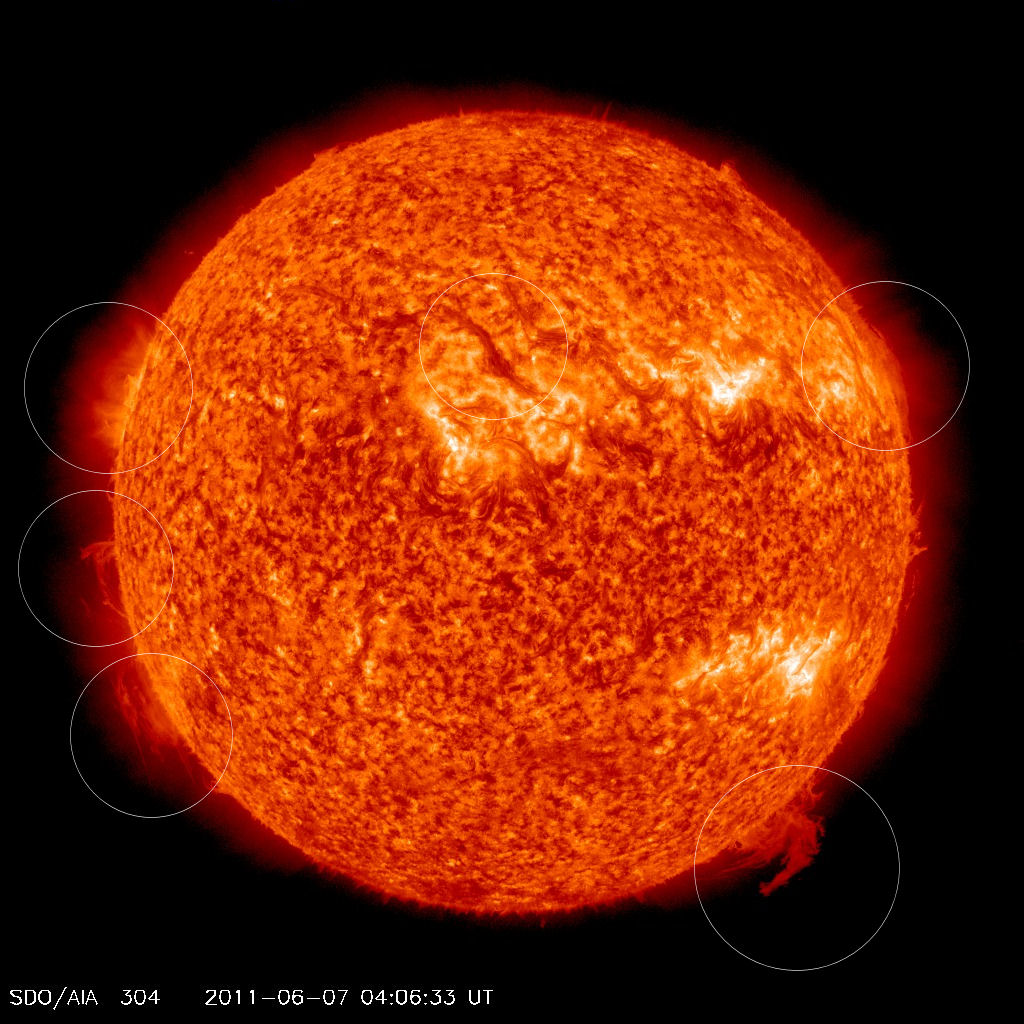 NASA’s Solar Dynamics Observatory (SDO), a semi-autonomous spacecraft that almost continuously observes the Sun, has captured a high definition image of a massive solar flare that occurred this morning. Solar flares occur when stored magnetic energy suddenly erupts from the outermost layer of the Sun’s atmosphere, the corona.

Solar eruptions or storms, like the one that occurred this morning at 6.41am (GMT), have the potential to cause great disruption here on earth. NASA predict that another massive solar storm will occur in late 2012 or early 2013 and has the potential to interrupt vulnerable telecommunications systems and power grids. GPS systems, air travel and the Internet could all potentially be effected by such an event.

Two large solar flares also occurred earlier this year, one on February 17th and another on March 9th, just hours before the 9.1 magnitude earthquake which devastated Japan’s east coast.

This video from Helioviewer captured this morning’s solar flare,