HomeTechnology“Startups have to be attentive to the needs of a community”: NYC Assemblyman on curbing gentrification and improving neighborhoods
Technology 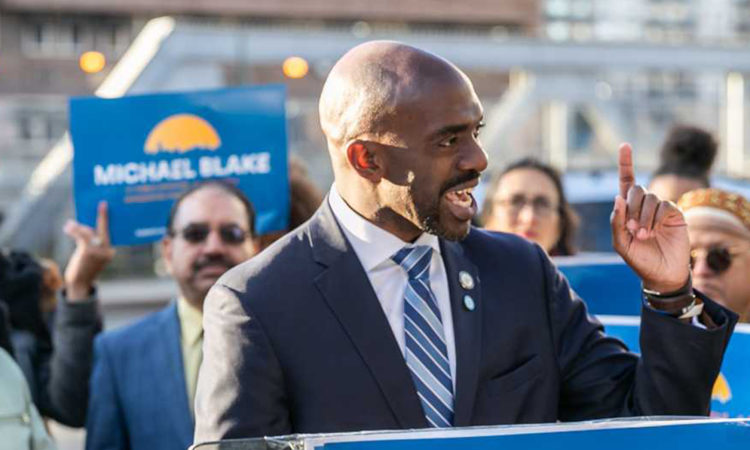 The tech world is welcome to NYC but they need to play their part. This is the conclusion New York Assemblyman Michael Blake comes to when campaigning for his next big post.

After having been Iowa deputy political director for Barack Obama, Blake will be running for public advocate, a position left vacant by Leticia James.

In campaigning for the role, Blake, the son of Jamaican immigrants, continues to push for policies that put communities at the center of further development.

“Startups have to be attentive to the conditions of the ground and the needs of these communities,” Blake told The Sociable, when discussing the role of the ecosystem within the inner city. “It is time for startups to start collaborating with us consistently in that manner.”

One of the major priorities that Blake will look to tackle is the continued gentrification and increase in rent within inner-city neighborhoods like in the borough of Bronx. In addition to securing an economic pipeline to the community and stabilizing neighborhoods through housing initiatives and rent control, he said that mixed-use properties will also need to be conscious of the realities on the ground. “The biggest aim will be to make sure that those that reside there, get to stay there,” he said.

Blake believes that businesses and startups have to be a part of the solution on increased gentrification and, as long as urban expansion continues, cooperation from the local ecosystem will be a crucial way out. “The only way we can make progress is by having that intertwined synergy.”

Examples of that synergy can be found in non-profits and startups like dreamyard and Here to here, both of which benefit their communities through art education and providing meaningful employment.

On the campaign trail, Blake has also promised more access to capital for women and minority-owned businesses and micro businesses with the purpose of creating jobs and economic opportunities.

New job opportunities for locals will need to be a priority for businesses, according to the Assemblyman from New York City, as they’ll help the communities flourish better, particularly if they can pay decent living wages. “They’ll need to make sure that they’re making jobs for the residents of these communities. When startups start doing that, it’ll lead to greater progress.”