The Sociable2 years ago2 CommentsNo tags 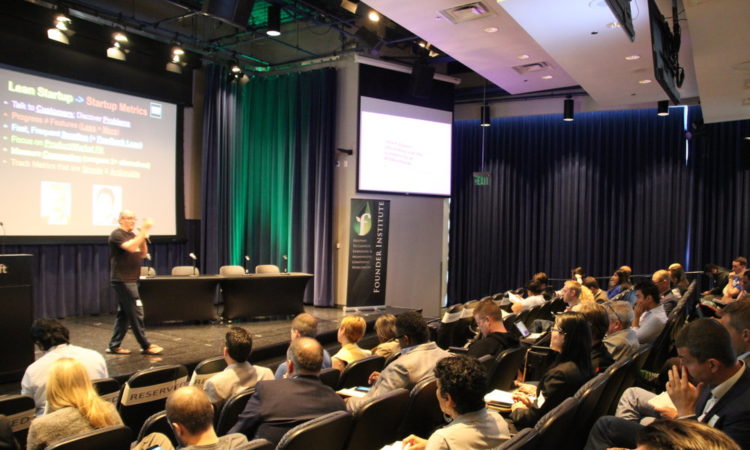 Ten leading, early-stage startups will pitch their companies to a host of investor judges at Founder Institute’s Founder Showcase on April 28 from 10am to 1pm U.S. Pacific Time.

The storied pitch competition has roots that date back to 2009, when Founder Institute co-founders Adeo Ressi and Jonathan Greechan organized one of Silicon Valley’s leading venues for startup founders to show off their ventures and get valuable feedback from investors.

Notable entrepreneurs including Elon Musk, Box co-founder Aaron Levie, and TechCrunch founder Michael Arrington been involved in past competitions, and startups such as Udemy and Thumbtack have gone on to see great success after pitching at the competition as early-stage companies.

According to the Founder Institute, this event will be attended by hundreds of international angel investors, venture capitalists, media and entrepreneurs. Founder Showcase will also feature keynote speaker Patrick Riley, CEO of the Global Accelerator Network (GAN) and Managing Partner of GAN Ventures. GAN is a community of independent accelerators, partners and investors that focus on empowering entrepreneurs around the globe. GAN Ventures, the VC arm of GAN, invests in about 20 early stage companies annually across the globe including North America, South America, Africa and Europe.

A graduate of the Leeds School of Business at the University of Colorado, Riley has also worked for Boulder-based Techstars, and is currently an advisor to a number of Colorado-based entrepreneurship organizations including Global Startup Studio Network, the Posner Center for International Development and Mile High Workshop.

During the pitch competition, startups will be judged by a panel of esteemed investors: 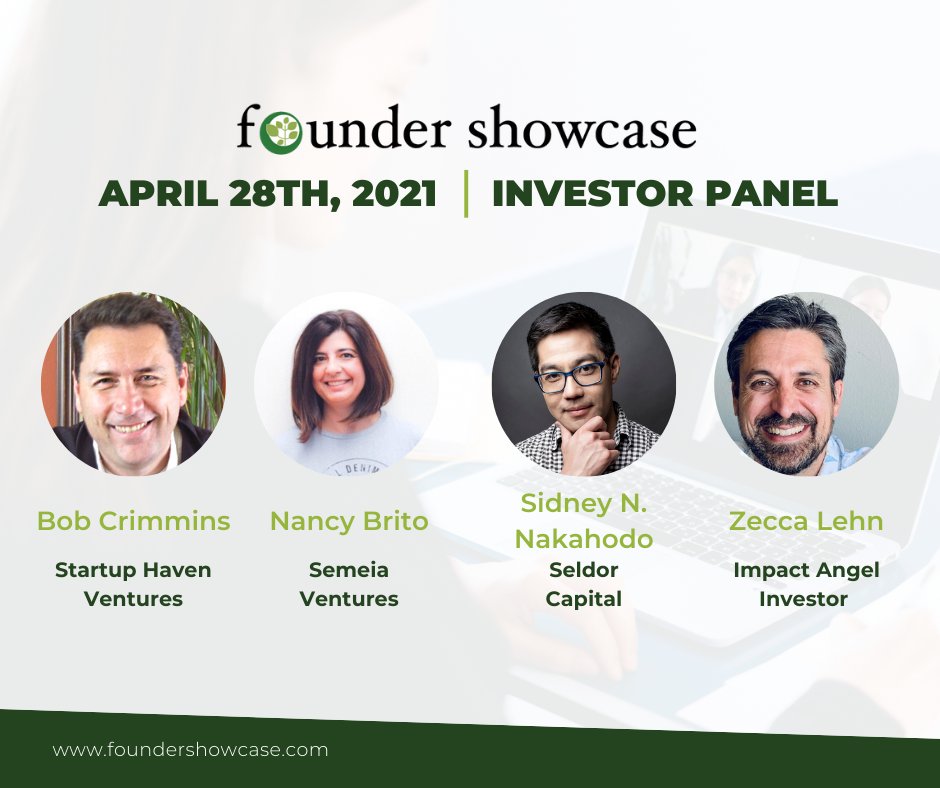 Sidney N. Nakahodo is the Founder & General Partner of Seldor Capital, a VC firm that invests in U.S. startups working with space technologies and their applications. Nakahodo is a thought leader in space investment and is the co-founder of New York Space Alliance (NYSA) and has himself founded many space startups. He’s also a member of the faculty of Columbia University and is a former fellow of Singularity University, the Silicon Valley based education institution founded by Peter Diamandis in the late aughts.

Nancy Brito is a Partner at Semeia Ventures and Managing Partner at BIBA Venture Partners. Semeia invests in early stage startups that look to disrupt business models in traditional industries and BIBA is a professional service and strategic consulting company for corporate venturing. Both are based in Portugal. Brito is a global startup mentor, working in ecosystems from Spain, Italy, the UK to Canada. She’s helped seed capital into early stage startups and has scaled over 20 startups to date. Before becoming an investor, Brito was herself an entrepreneur, having founded four tech startups based in Lisbon – two of which saw exits. She studied computer science from University of Toronto, Canada and got an executive MBA from AESE/IESE University of Navarra, Spain.

Zécca Lehn is an accomplished Angel Investor based in California. Lehn uses the United Nations Sustainable Development Goals (SDGs) as a guidepost to invest in impact focused startup companies. For 15 years he’s worked as an Environmental Economist, Data Scientist, Non-Profit Board Member, as well as a co-founder to companies. For the past couple years, he has produced the podcast posi2ive, on Venture Scale Positive Impacts. He also leads regular community panels on Clubhouse– for posi2ive’s current community base of 3k+ members.

Bob Crimmins is the founder of Startup Haven and Managing Director of Startup Haven Ventures. Spawned from a friendly game of poker between entrepreneurs in 2006, Startup Haven has grown into a 2,300 member community, with seven city chapters and a growing list of members-only support programs ranging from networking, to recruiting, to fund raising support, to an accelerator program to member perks. Crimmins has founded startups himself, including iMedExchange and MoonTango, and is an active member of the Seattle startup community, serving as a mentor at accelerator programs including Techstars, Alchemist, 9Mile Labs and others.

According to Founder Institute, 10 startups were whittled down from a list of over 150 from 19 countries that applied to pitch in the April Showcase. All the companies featured, according to the organizers, show promising early traction and come from seven countries across three continents:

Endiatx, based in Redwood City, is a manufacturer of tiny pill robots that help doctors diagnose GI Tract issues without sedation or even a hospital visit required.

Resistomap, based in Helsinki, is a laboratory service provider that helps researchers monitor antibiotic resistance in the environment.

DotX, based in Jakarta, is a payroll solution so workers without a bank account can receive salaries and make banking transactions.

Valinor Earth, based in Bangalore, is an AgTech that uses Machine Learning with Satellite data to help farmers monitor their farms, track crop growth, and water optimization needs.

REBELS 0.0%, based in Zurich, are truly alcohol-free double distilled spirits alternatives on a mission to break social drinking norms and celebrate everyone’s freedom of choice.

Utobo Inc., based in California, is a cloud-based one-stop platform for educators to create, teach and monetize educational content.

Pabbler, based in Istanbul, is a transportation platform that helps travelers earn money by renting empty spaces in their luggage.

Prowess Project, based in Austin, is an integrated job, training and community platform that exists to help caregivers return to the workforce on their terms.

KnowRX, based in Austin, is a cloud-based digital healthcare platform that addresses various health encounters important to proper therapeutic care.

Anyone interested in startups or early stage venture capital is encouraged to attend the Founder Showcase by registering here.