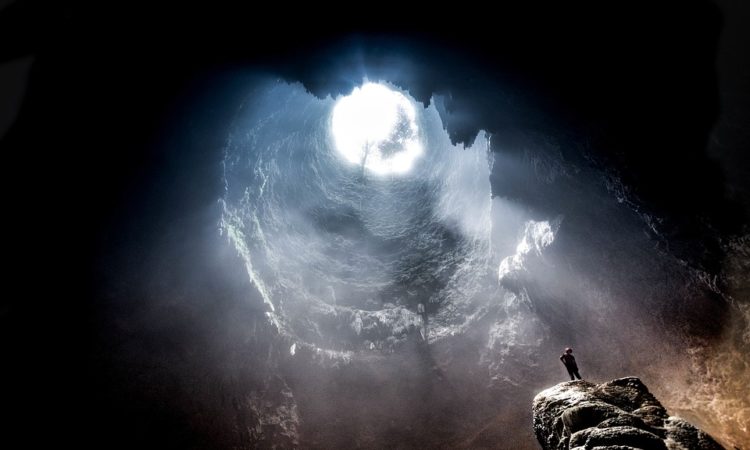 While many government organizations are looking to space as the next battle frontier, DARPA is burying its money deep beneath the earth to invest in groundbreaking research into subterranean warfare.

You don’t have to be psychic to know where the Defense Advanced Research Projects Agency (DARPA) is going with its research into the underground domain; it is all spelled out here.

The blanketed statement above alludes to technologies that can be used for taking or saving lives — in times of war or in the face of natural disasters — in three specific types of underground domains:

Underground military bases are well-documented, including those of the Cheyenne Mountain Complex “shielded by 2,500 feet of granite” in the US, as well as numerous subterranean missile bases in Iran, and according to research published by Dr. Michael Salla on Exopolitics, there may even exist secret underground military and corporate bases with futuristic technologies.

With respect to natural cave networks, DARPA specifies “geological structures,” which may include some types of ice caves.

Whether DARPA wants to invest in research that expands capabilities of fighting in underground bases or not is speculative; however, the research funding arm of the Pentagon is taking underground warfare and first response seriously with its Subterranean Challenge.

In early April, nine qualified teams will attempt to remotely navigate the dark and dirty corridors of Edgar Experimental Mine in Idaho Springs, Colorado, in preparation for the Circuits Stage of the SubT Challenge later this year.

The SubT Integration Exercise, known as STIX, offers teams an opportunity to try out their technologies, including robotics, sensors, and communications solutions, in a representative environment. The locations for the Circuits Stage events have not been announced.

The Final event, planned for 2021, will put teams to the test with courses that incorporate diverse challenges from all three environments.

Teams in the Systems track will compete for up to $2 million in the Systems Final event, with up to $200,000 in additional prizes available for self-funded teams in each of the Systems Circuit events.

Teams in the Virtual track will compete for up to $1.5 million in the Virtual Final event, with additional prizes of up to $500,000 for self-funded teams in each of the Virtual Circuit events.