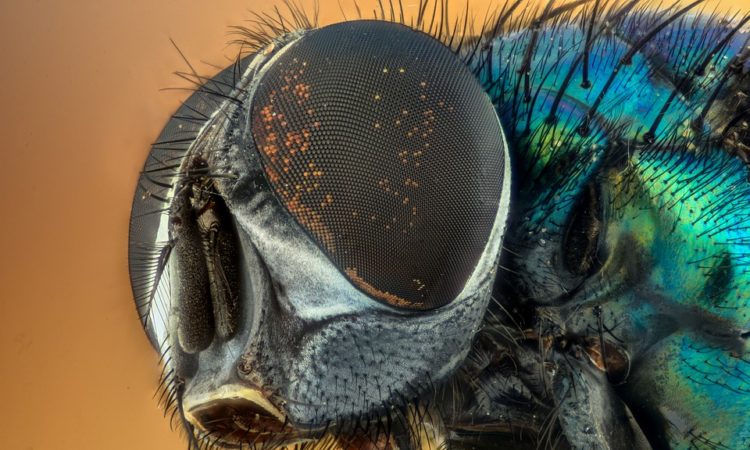 Whether you believe in intelligent design or not, the Pentagon’s research and funding arm believes in it — so much so that DARPA is now looking to learn from nature to design AI frameworks based on the biomimicry of insects.

DARPA is looking to small flying insects, whose evolutionary pressures have forced scale/size/energy reduction without loss of performance, for new models in AI.

“An alien intelligence we did not anticipate”

The late psychonaut Terence McKenna always believed that natural models were the best when developing new technologies, whether it be the Internet, Virtual Reality, or Artificial Intelligence.

In the 1990s he postulated, “Now a new vision looms – building as nature builds — building atom by atom […] As our understanding of the genetic machinery that supports organic being deepens, and as our ability to manipulate at the atomic and molecular level also proceeds at pace, we are on the brink of the possible emergence of some kind of alien intelligence of a sort we did not anticipate.”

He added, “I think that the great lantern that we must lift to light the road ahead of us into a perfect, seamless, fusion with the expression of the product of our own imagination is the AI. It is a part of ourselves. It may become the dominate part of ourselves, and it will reshape our politics, our psychology, our relationships to each other and the earth far more than any factor ever has since the inception and establishment of language.” 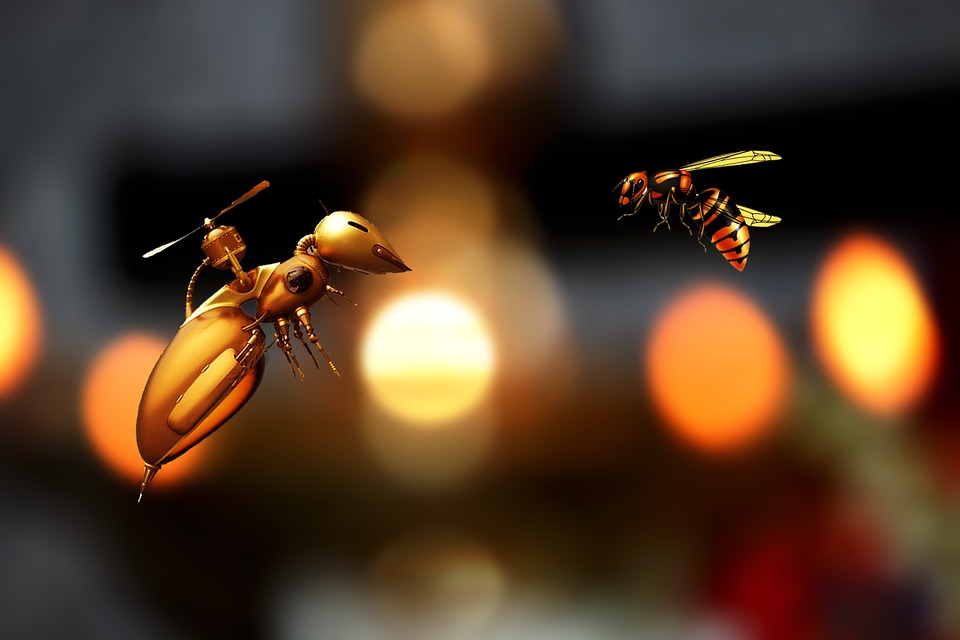 With the notion that mother nature is intelligent and a very sophisticated designer, DARPA is hoping to leverage her genius through studying insects for the design of artificially intelligent systems.

More specifically, the US military research funding department is looking to insects because, anatomically, they are very efficient creatures when it comes to energy and size, and they have a unique way with problem solving.

“While AI advances are beginning to have a deep impact in digital computing processes, trade-offs between computational capability, resources and size, weight, and power consumption (SWaP) will become increasingly critical in the near future,” the DARPA proposal reads.

“Studying miniaturized insects may reveal fundamental innovations in architecture and computation analogous to their simultaneous simplicity, efficiency, and complex functionality. Compared with larger-brained organisms, these insects may hold the keys to strategies for AI that combine energy-time-, and space-efficient operation.”

Local computation is more energy-efficient in miniaturized insects; neural density and structure are different close to sensors and actuators.

However, DARPA is interested in whether there are generic and generalizable adaptations rather than simply studying how yet another insect brain works.

The desire for the powers that be to weaponize every technology ever developed has given rise to the threat of AI with regards to nefarious purposes.

The technology that goes into many of our basic household items such as microwaves, stereos, and even water hoses, has been weaponized through directed-energy microwave signals that can fry missile controls, long range acoustic devices and infrasonic devices that can “cause behavior changes at frequencies too low to be audible,” and water cannons that have been forceably dispersing crowds of protesters for decades.

Intelligence agencies in particular have been implemented in planning to weaponize everything from smart phones and TVs to the weather and even modern art.

If a technology exists, chances are it has been weaponized, and in many cases it was probably conceived by the military first before it ever became a commercial product (i.e. the internet, duct tape, and GPS).

DARPA is in the business of funding research projects for national defense. If AI is going to be modeled after insects, and if insects can carry some of the deadliests diseases ever known, than this technology may too be weaponized in unimaginable ways.

Just as the bullet train was modeled after the kingfisher bird, and just as energy grids are based on beehive designs, artificial intelligence is now being designed according to nature’s buzzing insects.

The idea of using natural models for the design of technology is nothing new; biomimicry is evident in many emerging technologies, especially in neuroscience and other medical applications.

“An emerging field called ‘neuromorphic computing’ focuses on the design of computational hardware inspired by the human brain,” according to a Phys.org article entitled “If only A.I. had a brain—engineers model an artificial synapse after the human brain.”

The article from July, 2018 states that “a team of researchers from Pitt’s Swanson School of Engineering have developed an ‘artificial synapse’ that does not process information like a digital computer but rather mimics the analog way the human brain completes tasks.”

Another form of biomimicry comes from the Intelligence Advanced Research Projects Activity (IARPA), which looks to store exabytes of data on synthetic DNA modeled after nature.

Like spiraling serpents entwined in symbiosis; sequential strands of DNA continue to bring to light new breakthroughs in technology with their capacity for storing large quantities of data, even ancestral memories passed down from generation to generation.

To the shamans of Peru, DNA is something that can be accessed and communicated with through altered states of consciousness. To the researchers at the University of Washington, in its synthetic form DNA is a means in which they can encode and successfully retrieve large quantities of information in a microscopic space. And for Microsoft, synthetic DNA could represent digital storage perfection.