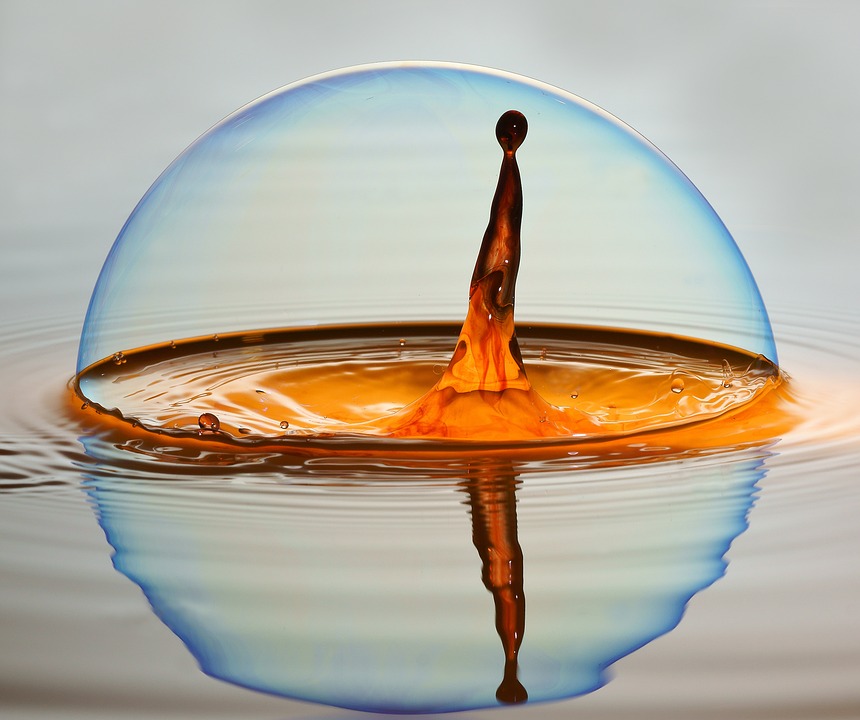 Amidst all the peaking and troughing in the tech world, there has been plenty of speculation as to whether we’re currently floating around in another tech bubble that’s about to burst.

Last week the S&P Tech index surpassed its record high, previously set in 2000 before the dot-com bubble burst. This week it’s been relatively flat before taking off on another spike yesterday, followed by a sharp dip today.

Articles on whether the tech sector will collapse have been numerous and lengthy. They’ve cited housing prices, pension funds and profit-to-earnings ratios. I chucked an article into the mix as well – I chose to cite FOMO, customer growth and quantitative easing. It’s all getting a little too high-concept, don’t you think?

So, before getting bogged down in cash-on-hand, late-stage investment rounds and share price-to-earnings ratios there are a few questions about the potential of a tech bubble which have gone unanswered. Like, why does this keep happening to tech? And if it keeps happening why are tech companies worth so much? In a very tech-like break with conventional wisdom I shall now provide three answers to these questions:

Not really, not with the same diligence finance or utilities might be valued. The tech sector has only been around for 10-15 years, 20 tops. That might sound like plenty of time but it’s nothing compared to the amount of time finance firms (like ING, who’ve been in business since 1743) have been around. Time provides analysts data with which to crunch. It also provides the market experience of how companies tend to behave.

As more companies form in a given sector and take different approaches to how to run their business, more knowledge accumulates as to what the consequences to certain behaviours will be. With tech this isn’t true, we know these companies break the current set of rules, but we don’t yet know what set of rules they do conform to.

2) There are no ‘benchmarks’ when it comes to disruptive innovation

Sometimes jargon is unavoidable. Benchmarking is the process of comparing one company to a similar company in the process of valuation. If you’re trying to value company A, you can look at the performance of company B (as a benchmark) and then identify where company A is slightly different.

This will allow you to draw predictions about whether the differences will result in better or worse performance, and by how much. The tech sector is too young and moves too quickly to be able to do this. Who do you compare Google to?

This is one of the few things we do know about tech companies. They have the potential to grow very fast. Facebook, Google, and Amazon have become some of the world’s most valuable companies in the same amount of time it used to take companies to set up a second factory.

So, investors don’t want to sell themselves short, they want to find the next Facebook. Which means potential fast growth needs to be in the mix of assumptions somewhere. Also, we don’t yet know what the limits of that growth are. Could it go on forever?

So how DO tech companies get valued then?

In the face of all of this uncertainty tech companies still get big valuations, even after the 2000 dot-com crash. So how and why? Well, the way most companies get valued is you take their current assets, revenues, profit margins, etc, to get their current worth. Then you add a “multiplier” to their revenue which speaks to how much more money you think they’ll earn based on the quality of their business model. This multiplier is usually assigned by industry.

With tech companies the multiplier that gets assigned is not based solely on how much revenue they’re bringing in or how good their profits are. It’s partly based on how many customers they have. And off the back of that they get much higher multipliers. AirBnB, for example, were valued at $25 billion, which was a 28x multiplier; most other big hospitality providers get a 1-to-2x multiplier.

In the tech sector customers are everything. The follow up question is how those customers are turned into profits. Facebook were reportedly valued at $15 billion in 2007, before they’d even tried to be profitable because they had so many customers. Customers are seen as the proxy for understanding how good a tech company could be in the future, whether it could be the next Facebook.

And with that you can now go forth and converse on the topic of the tech bubble.