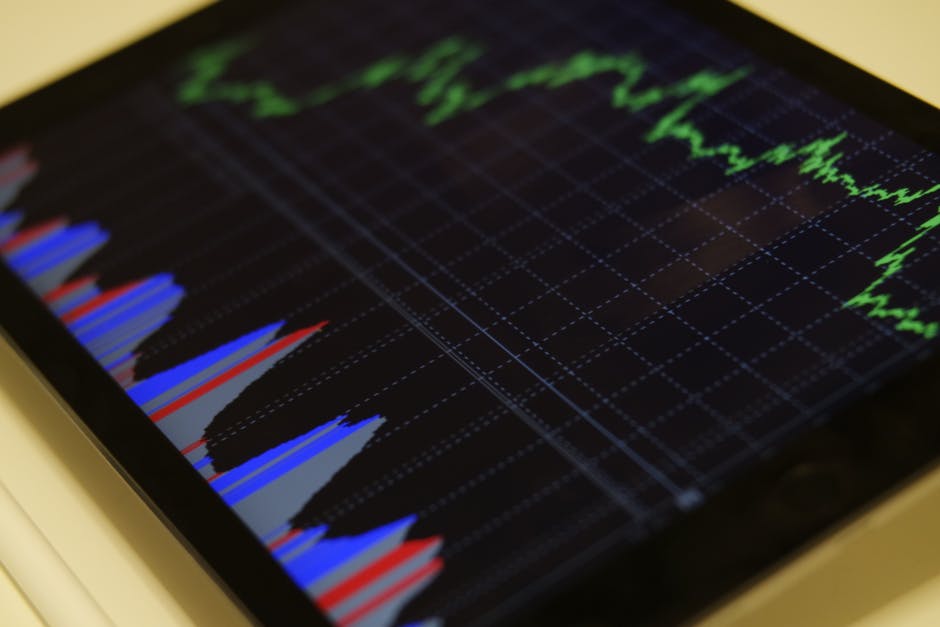 The S&P 500 Information and Technology Index is leveling-off after finally recovering from the 2000 dotcom bubble burst last week.

The S&P 500 Information and Technology index, which tracks the top 500 tech companies, has remained level this week after breaking its record high last week.

Stock levels continued upwards, surpassing the 2000 high last Tuesday, leveling off around Wednesday lunchtime. Other than a brief peak yesterday, stock levels have looked determinedly undecided as investors scramble to work out whether the foundations of valuation are good and the next move is up, or vice versa.

This week’s news cycle has brought concern with Google sucking up the EU’s $2.7 billion fine, Amazon’s deal with Whole Foods under scrutiny and the IMF downgrading both US and UK growth forecasts.

Despite this, stocks have remained relatively level so, to add speculation on top of speculation – it may be that the market has faith in the tech sector but has been spooked slightly by analysts’ and commentators’ talk of a bubble, so is waiting for good news as justification for a continued upward trend.

After 17 years, indices like the S&P 500 information technology index and the Nasdaq 100 index have finally reached record highs. Both have surpassed their peaks in 2000 just before the famous collapse of the dot-com bubble, leading some to question the possible existence of yet another bubble.

The drive was fuelled by strong consecutive trading sessions by some of Silicon Valley’s biggest players like Apple, Facebook and Microsoft. Commentators and analysts are currently putting forward theories in an attempt to spot whether or not we are currently in a second tech bubble.

“The market is suffering from an extreme case of ‘FOMO’ — this is a clear case of ‘fear of missing out.’ Everyone wants to be in, and nobody wants to miss out,” Chantico Global CEO Gina Sanchez told CNBC. If this is the case there could be a downturn soon which will be exacerbated by recent hype and return indices to where they were in March.

Price to earnings ratios are much stronger than where they were before the ‘00 crash, and other commentators have pointed to earnings per share figures strengthening and thus undermining an “excess valuation” argument.

“What a difference 17 years makes. In this day and age, companies can still not show a profit, but they have a true business,” Jake Dollarhide, chief executive officer of Longbow Asset Management told Reuters. “They have hundreds of millions of customers, and that’s the big difference between the tech boom of 2017 and the tech boom in 2000.”

The speculation has been going on for some time, the general theme being that if this is a bubble it’s not like the ‘00 one. But that doesn’t mean it isn’t a bubble. Profits are good, investors are analysing businesses more thoroughly and companies have been stockpiling cash for exactly this potential scenario, or a hackers’ attack.

However, this time around the bubble might not be confined to public companies, with investors funding private companies with valuations higher than some countries’ GDP. In recent years investment trends have focused on a company’s customer base and it’s ability to produce recurring revenue over time with late-stage investors almost abandoning proper analysis. If this assumption turns out to be faulty a big downturn is possible.

This would mean the bubble was confined to late-stage investment, but a collapse may scare investment on all levels. After 2000 private tech funding fell 80% and didn’t recover for a decade. Though there are voices around who advance the view that there will be a healthy and slight downturn, leaving the market in a more appropriate place and no worse off in the long term.

That being said the FT Advisor recently pointed out that since 2009 UK and US economies have had rounds of Quantitative Easing, which essentially supplies cheap money to the economy. Cheap money means risk aversion decreases, fueling investment. This is exactly why major governments dealt with the financial collapse in this way, but there has to be an end at some point, and this end could cause belt-tightening in investor circles.

A Google news search of “S&P 500 tech” today reveals nearly a full page of results citing the new high hit by tech stocks yesterday. Which was only a couple of points over the previous high, but points to the level to which eyes are on every cough and hiccup of the market. A string of cynical news hasn’t turned the market down yet, so we wait to see what positive news might do.