HomeTechnologyMicrosoft is Getting Rid of Paint, and That’s a Sad Thing, Right?
Technology

Microsoft is Getting Rid of Paint, and That’s a Sad Thing, Right? 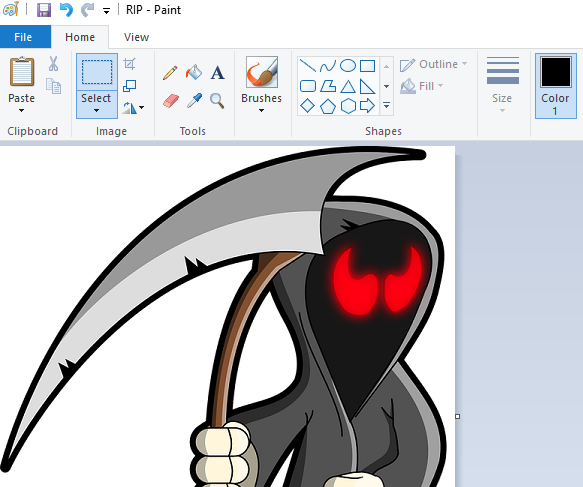 Paint has been shipped on every version of Windows since the operating system’s inception in 1985, but has now been included on a list of Windows 10 features to be removed or no longer developed. Sitting in the start menu like a family heirloom, it currently has a new neighbour: Paint 3D, its successor.

And you can see why a successor is in order, the problem is… Paint is actually a pretty difficult and useless tool. Though it is credited with being one of the first tools on which people could easily edit pictures – and thus helped with the production of memes – even popular Twitter account Jim’ll Paint It had this to say:

Paint hasn't been all that since they messed about with it anyway. I'm running XP on a virtual machine because it's the best one.

But that’s not really the point. To a generation who grew up before computers had the internet or any real gaming functionality, Paint was the computer program you opened up just for the sake of using a computer. The Twittersphere is peppered with Paint-drawn “RIP” screenshots taken in homage to the program and in nostalgic expression at the thought of its demise.

As an 8 year old kid, MS Paint was literally the most exciting thing you could do on a computer https://t.co/jYEcpRgu5c

Using a mechanical ball-mouse, it was really rather difficult to draw anything half decent. So while some managed to master it, most would probably relate to a simple story covered in a PBS documentary about Steve Jobs, One Last Thing. In it Playboy interviewer David Sheff described a moment in computing history when the Apple founder brought one of the first Macs to Yoko Ono’s house for Sean Lennon’s ninth birthday party, in 1984.

He then proceeded to captivate the illustrious audience by teaching the child to use Paint. Among the guests was famed artist Andy Warhol who sat struggling with the mouse for a while, before finally announcing to the room, “I drew a circle!”

And that is the point. You could draw a circle.