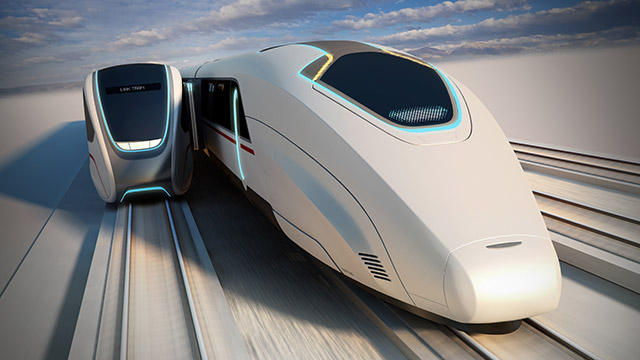 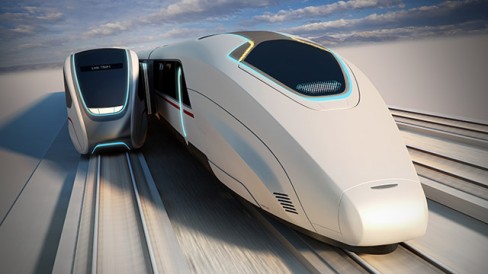 One of the main flaws with today’s high-speed trains is that they still have to stop at various locations, picking up and dropping off passengers along a designated route. UK-based designer Paul Priestman believes that by creating non-stop high-speed trains, journeys can be completed much more efficiently.

Priestman has designed a novel concept in which high-speed trains do not stop at traditional platforms. Instead, local trams are used as “feeders”, or effectively moving platforms, that meet the express train parallel along a track as it passes. Both train and tram come together at the same speed so they can dock with each other, where passengers are given a window of opportunity to enter or exist the express train.

The idea is simple but it has the great potential. By removing the time wasted slowing down at platforms and accelerating again to reach optimal speed, not to mention the wasted energy this activity creates, Priestman hopes his idea will revolutionise the transportation industry.