This holiday season, here’s how you can eat together, laugh together and mildly discuss politics together 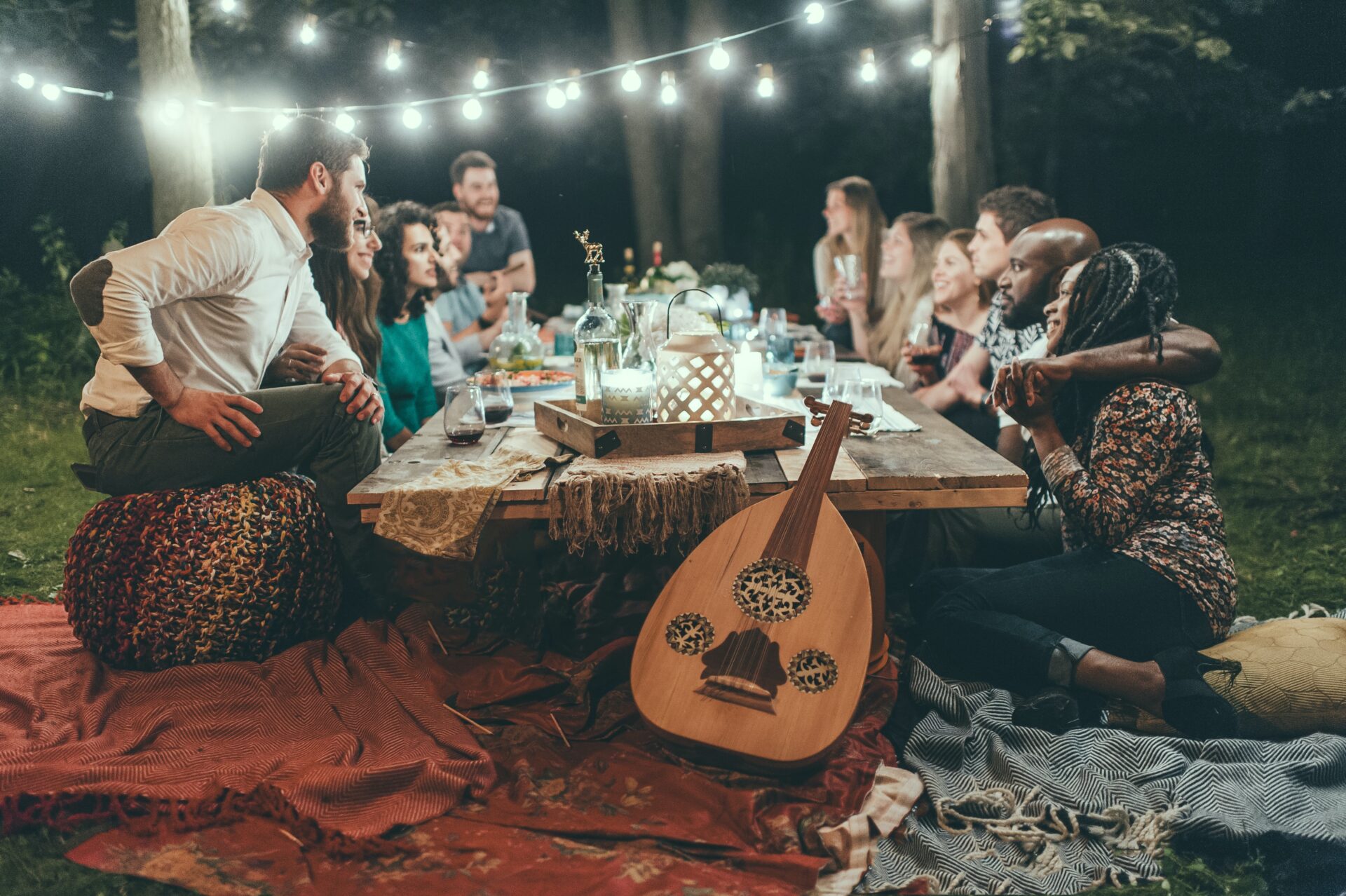 Holidays are a time for all pleasant things: Occasions that make us pause and measure the good times with lively kitchen banter over food and drinks. Cozy afternoons that chime with cackles and carols.

But we have all seen enough Hollywood holiday flicks to know that not all presents come gift-wrapped, or welcome. The holidays can also be a time charged with tension and turmoil especially if it’s a house divided against itself.

Not to mention the discomfort and friction that effervesces around taboo topics including but not limited to sports, war, memes, politics, fake news….you know….the works.

In 2022, 54% of American adults admitted they fear what awaits the world in the coming years. And, November 5, 2024 will get here sooner than we think. Another CNN poll found that 53% of Americans were mentally burned out – there ought to be some overlap in these figures.

At a time when the information we are fed is rife with polarizing opinions masquerading as facts, it takes more than just judgment to arrive at sound conclusions – it takes discernment and healthy political debate.

But is Christmas eve in your grandparents’ living room the best time and place for it? Regardless, you may not be able to avoid the eventuality or even escape it.

In that case, why not equip yourself with the best strategy to either engage yourself or shield off these debates. Disengaging can be tricky, especially in the presence of pesky family members who consider arguing a sport – and we have all been endowed with those. But a simple “I don’t get to see you often, how about we postpone this argument to a later time” might do the trick. An alternative: “This isn’t the best time or place for this discussion, how about we keep it civil and focus on being together and having a good time?”

But say you are among those who wants to fight the good fight and doesn’t shy away from a socratic debate in the arena. How does one formulate choices (electoral, in this case) based on provable facts? Once again, one doesn’t have to look farther than the internet.

Kelly Riordan, Founder of Wewilldecide.com, submits that solutions and compromises cannot be found if there isn’t a dialogue.  “Before even treading into stormy political waters, try to realize the last several years have been very traumatic for nearly everyone for a multitude of reasons,” Riordan submits. “Traumatized people react in one of four ways: fight, flight, freeze, and/or fawn. If you can operate from that perspective, it could be easier to bridge the gap. Everyone simply wants to be heard.”

Riordan, a cardiac sonographer by training, founded WeWillDecide for this exact reason: to allow citizens like herself form voting choices by comparing opinions with those of congressmen, other congressmen and future candidates.

The website contains no news, gossip, or opinions, and all bills, laws, amendments, and joint resolutions are shown exactly as they appear to congressmen. Users, however, do have the option of sharing their views with their representative and interacting with them on social media.

Riordan says if shoving a cookie in the mouth of the abovementioned argumentative relative doesn’t work, then laying some ground rules for discussion is mandatory.

“One of my favorite sayings is, ‘People will always turn away from a scream, but will strain to hear a whisper,’” said Riordan. “So, no yelling. Initiate a “time out policy” that can last as long as either party wishes.”

If the discussion has reached a point of engaging the room, then it might be best  to take charge and make it productive. How so? Riordan suggests having factual, trusted sources available such as ready to go.

If communication is really rough, one can always use the tried and true technique of repeating what the other party said back to them. Start with, “Just so I understand, you believe so on and so forth.”

In the worst-case scenario, even if there is no agreement, everyone can feel heard. Remember that, after all, everyone is on the same team in wanting the best future for themselves, the(ir) world and family.

Having an armor of data as defense might work in the parliament, not in the pantry. So try your best to make it personal, relatable and weave it into a story. In the heat of time, it’s easy to forget that we all want the same thing.

If you’re doing this with older generations, remember that their worldview is shaped by their experience and circumstances they had to live through – be patient, especially when trying to explain new ideologies and newer issues.

Lastly, don’t forget or let others forget that although constructive and educational, divisiveness within a family can leave people distraught and upset, so always keep wine and cake handy.

LatAm vs. the US: Why Customer Experience Will Shape the Future of Fintech