LatAm vs. the US: Why Customer Experience Will Shape the Future of Fintech 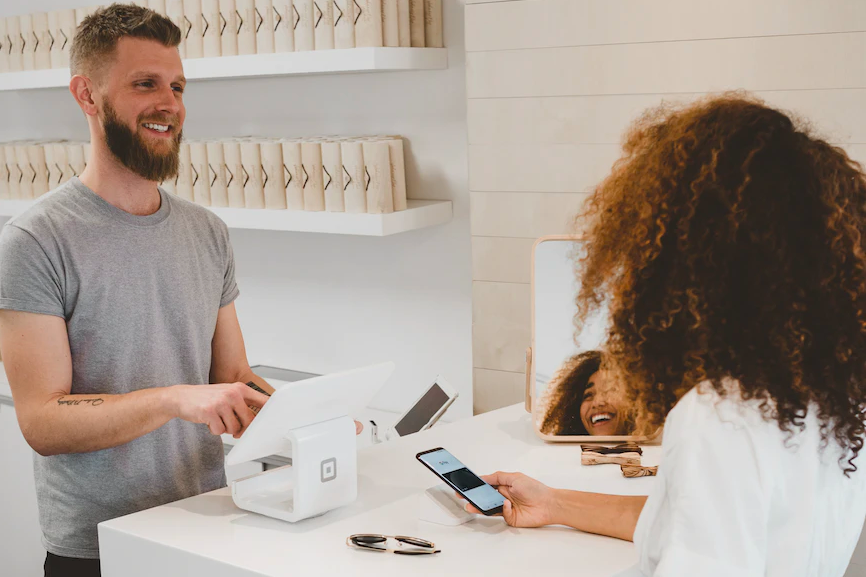 As the world becomes digitized, so too do our finances and financial technology (FinTech) startups are stepping up to try to help the world transition. This has resulted in a bit of an arms race in the FinTech industry, with many companies looking to make people’s money as convenient as possible—searching for the next best thing since sliced bread.

Fintech innovations are already shaping the world of commerce, and many startups are trailblazing the way for a more customer-facing world of banking. In fact, even though the industry is a recent phenomenon, 37% of consumers list a FinTech firm as the financial services provider that they trust the most. What is more, the majority of financial sector executives (73%) perceive consumer banking as the one most disrupted by technology.

This is causing the FinTech industry to play a major part in shaping customers’ expectations towards financial services but depends heavily on where on the map the customer is because there are different needs in different regional markets. The basics of supply and demand apply here—with FinTech patching different disparities for different populations.

Two noteworthy stakeholders in FinTech are the United States (US) and Latin America (LatAm). These two economies are on vastly different ends of the economic spectrum — and by proxy startups hailing from the two regions are bringing different things to the table. A recent set of studies done by omnichannel communications solutions company Mitto compares the two regions and their current customer experience ratings in FinTech.

Let’s take a look at how the US and LatAm differ in their FinTech markets, the customer experience in each region, and what they will each bring to the future of the industry.

US Leading the Pack

According to Google Finances, over half of the top 20 fintech companies by market cap are based in the US. But Although the US is an established leader in the global market for financial innovation, that doesn’t mean that the region is immune to its share of growing pains.

In a recent report, it was found that the average U.S. FinTech loses $51 million to fraud every year. Making it the biggest point of contention for many players in the sphere in America, with fraud causing several knock-on effects. Customers experience about twice as much hassle due to a lack of fraud and risk controls. This is due to the transactions being drawn out, delayed, or even refused due to the necessity for fraud checks or user validity analysis.

FinTechs, especially when funding accounts, are nothing if not ambitious and aware of what their customers want. To give just two examples, 31% of FinTechs aim to invest in rapid bitcoin wallet deposits, while 28% plan to invest in in-store cardless cash withdrawal alternatives. These two items are on the top of FinTechs’ innovation wish lists, but coming up with a solution to diminish the risk of fraud will need to be a prioritized action item first.

A Pollfish survey conducted by Swiss company Mitto, which surveyed 1,000 Americans on their customer experience expectations in digital banking, confirmed that benchmarks in authentication were a top priority.

It was found that 86% of individuals would prefer that banks confirm their identities for large purchases, with 47% wanting confirmation for all purchases greater than $200. More than half also responded that SMS would be the best way to communicate during these exchanges, and the faster, the better. Unsurprisingly, for almost 70% of Generation Z and Millennials, this was make or break. But it was also found that 58% of all consumers expect a 2FA text message immediately and if they have to wait to receive this, 41% would consider abandoning their pursuit.

There is no doubt that the US FinTech space is a successful one, and extremely tailored to the customers’ needs, but companies that want to glean an edge with their patrons need to focus on customer experience and trust. The more that US FinTechs can give customers 24/7 access to services by making them available through unconventional channels like social media, as well as speed up and verify their authentication, the more they can empower the population in managing their finances in the 21st century.

LatAm is the Underdog to Root For

Closing a much larger gap is FinTech in LatAm. According to a study, the rapid growth of FinTech in the region is due to the growing demand for services that are not covered by traditional financial institutions. This has caused a greater need for digitization across banking and finance services, bringing its own set of regulatory road bumps.

In a sister study conducted by Mitto, which surveyed more than 1,000 respondents from Argentina, Chile, Peru, and Colombia to analyze the FinTech consumer behavior of Latin Americans, some clear expectations were divulged.

The LatAm region has shown that they need a little more convincing to get on board with technology in financial services. In this survey, 39% of respondents answered that they do not join the banking system or open new accounts because opening and maintaining them is too much hassle, while 30% said they do not trust banks. In LatAm, a whopping 70% of the region’s population is still unbanked or underbanked, making the leap much bigger.

But technology is seeding itself within the region, and thanks to digital devices becoming more accessible by the day, FinTech is expanding in the region. It was shown that 13 million people across LatAm made an online transaction for the first time at the beginning of the pandemic.

LatAm FinTech startups are attempting to bridge the gap between a lack of trust in banking in general and the new online world that much of the population is still getting acclimated to.

So unlike the US, FinTech companies are trying to digitize and modernize more basic financial needs. This progress seems to be picking up speed, however, as FinTechs in the region doubled in the past three years, creating new relationships between people and their money.

Clearly, there is still some work to be done for the LatAm FinTech market in building trust with the region’s populace. One noteworthy trend, however, is FinTechs partnering with traditional financial institutions to generate more inclusive financial services—opening up new innovations in the online financial space.

Paving a New Way to Pay

Although, in different phases of their FinTech journeys, both the US and LatAm are showing a lot of potential for innovation in online financial services. The common denominator, however, is a need to up the ante when it comes to customer experience.

In a comparison of the two surveys done by Mitto, both US and Latin American respondents said bad customer support was the biggest reason why their customer experience was negative—with the US at 56.7% and LatAm at 45.1%. In the US, “Good Customer support” was the main reason to experience a positive customer experience, whereas in LatAm users prioritize “Effective times of response” as the main reason why they had a positive experience.

Channel diversification will be a major force in the banking industry over the next five years. In fact, 90% of banks, more than any other financial sector, anticipate an increase in the use of mobile applications.

Fintechs have been able to enter and dominate markets that traditional banks have left untapped by their offerings by creating solutions that are specifically targeted but incredibly effective. Whether in the US or LatAm, through creating new tools to manage finances, FinTech is paving a new way to pay.

This holiday season, here’s how you can eat together, laugh together and mildly discuss politics together