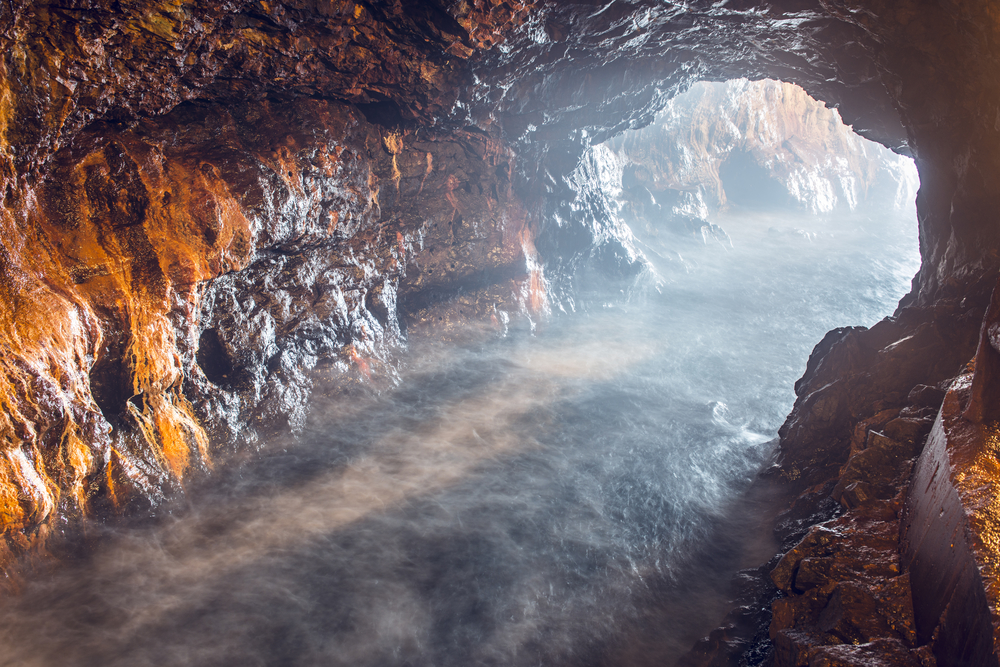 Use of underground tunnels and catacombs has often been used by terror outfits to render military technology above ground almost useless. Now, with the US military honing its underground warfare tactics with robotics, subterranean warfare will never be the same.

“Wait until you get into a deep underground facility and the power’s cut. That is scary.”

Army researchers are poised to conduct a discussion and tutorial on innovative underground robotics research to be held at the 2019 Institute of Electrical and Electronics Engineers International Conference on Robotics and Automation in May.

The Defense Advanced Research Projects Agency (DARPA) began finalizing teams for its three-year Subterranean Challenge last year in August. The competition asks for new systems to map and search underground areas in a fast and efficient manner in order to assist with missions from urban warfare to emergency first response.

Subterranean settings can be dangerous to explore because of visual, technical, or environmental challenges. Personnel, who have to enter these dark, tight spaces in times of war or disaster do so at the risk of a cave-in, making the mission time-sensitive as well.

As a former special operations soldier turned-trainer told Military Times, “You think you’ve been in a dark environment? Wait until you get into a deep underground facility and the power’s cut. That is scary.”

The process is uncomfortable and operators can confront dangerous conditions such as dust environments, absence of light, or toxic substance exposition. Robotic technology can overcome such disadvantages and provide significant military data.

Cities of today have networks of sewers, telecommunications lines, and subway tunnels, which could be prepped for throwing rude and dangerous surprises in times of war. For example, there are well-documented underground military bases like the Cheyenne Mountain Complex in the US, which is shielded by 2,500 feet of granite and several subterranean missile bases in Iran.

Subterranean warfare has been in practice from World War II, as seen during the defense of the Adzhimushkay quarry and the use of Odessa Catacombs during guerrilla warfare by Soviet partisans. However, the US military started pondering about how ready they were after having to face the tunnel tactics of Hamas.

While the US military has had minor underground training in the past, serious manning, equipping, funding and training for the force has been seen as lacking. Now, with robots entering the field, or rather, the underground, this kind of warfare and first response action will soon reach new heights.

According to DARPA, “The Subterranean Challenge seeks to revolutionize how first responders and war fighters operate in human-made tunnel systems, urban underground settings, and natural cave networks that are too dangerous, dark, deep, and unknown to risk human lives.”

The current initiative will be supported by collaborators from the Open Source Robotics Foundation, the University of Southern California and DARPA.

While terrorists and other non-state fighters wage informal wars against more powerful states, the concern of how to regulate this kind of battle is something to ponder about.

Daphné Richemond-Barak captures the seriousness of subterranean warfare in her 2017 book, Underground Warfare. “From a mere tool of war, underground warfare has evolved into a global security threat of concern to all states,” she says.

This kind of warfare does raise challenges in the case that democracies wish to abide by the law. According to Barak, this challenge been under-explored and underestimated. In addition, more consideration must be put into what opinions community of states, security experts, and public hold regarding the issue.

Analyzing traditional concepts of the laws of war in relation to tunnels and underground operations can help contemplate questions including whether tunnels constitute legitimate targets. Should the assessment of proportionality in anti-tunnel operations be considered?

At this point, we are too advanced in warfare not to know that any kind of development must come with some restraint in order not to spill over in the future. We can regulate this aspect of warfare while we are still ahead.