The platform helps users confidently form their voting choices by comparing their opinions with those of their representatives, other congressmen, and future candidates. 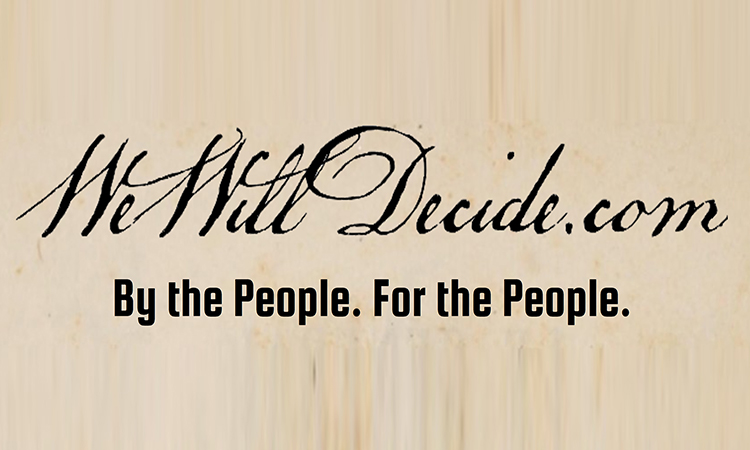 Image source: We Will Decide
3.24Kviews

Kelly Riordan had her scrub bottoms on at 6 a.m. when she sat for a Zoom interview to discuss her voter information site before leaving for work.

Her contagious laugh, her warm sense of humor, and her bubbly personality are sure to captivate any audience, but she is targeting a specific group of the U.S. population with her platform: Those who want to feel confident in their votes.

Her aptly named website We Will Decide, which she is working on while keeping her “interesting” day job as a cardiac sonographer, was born out of passion and frustration.

Speaking to The Sociable, Kelly said she used to be an apathetic voter but started feeling pangs of guilt years ago for not using her right to vote responsibly. So she promised herself to not only vote but also become an “informed” voter.

However, that turned out to be a mammoth task. She spent hours and hours researching politicians and trying to find unbiased political information based on hard-and-fast facts and empirical data, but all her efforts were in vain.

That is why she decided to create a better way for the average person to obtain the political information they need without bias and essentially become their own political advisor.

How does We Will Decide work?

We Will Decide allows users to confidently form their voting choices by comparing their opinions with those of their congressmen, other congressmen, and future candidates.

The “first-of-its-kind” platform tracks all the bills and laws that have been voted on, past and pending. Visitors to the site are able to vote alongside their representatives and other congressional members on the same bills they vote on.

They can then get a calculated percentage of agreement between themselves and not only their representatives but every single member of the Senate and the House in one digital place that is individualized for each registered user.

Users can also learn about the bills that members of the Congress have proposed and how often they vote and find a specific representative’s voting history on topics such as abortion or gun control.

Kelly says all bills, laws, amendments, and joint resolutions are shown exactly as they appear to congressmen. If voters need more information on a bill, they can click on it to go to the official page where they can read the bill themselves.

The creator and founder of We Will Decide aims to add accessing useful voting information to a user’s everyday Internet scrolling routine and says visitors just need to take a few minutes to vote on bills. “If you use none of the other tools and information contained in this site, you have done your job.”

‘Ignorance is not bliss’

Kelly does not agree that ignorance is bliss. Rather, she believes “the more information you have about something, the less scary that thing is.” And that is exactly what We Will Decide aspires to do.

“We’re trying to make this whole political process a lot less scary by providing access to congressional information in an easy-to-understand format,” she explained.

Asked if she is targeting any specific age group, Kelly said she loves to get the younger people on board, especially millennials who are used to process lots of information very quickly.

“But I’ll take everyone. Everyone is invited to my party, whether I agree with them or not. My opinion means nothing. Do I have an opinion? Sure. I have an opinion. But my opinion actually means zero in this context,” she noted, emphasizing that her platform contains no news, gossip, or opinions.

The creation of the website has been financed through her “tax returns, credit cards, and basic scrimping and saving”, and Kelly is determined to keep it permanently ad-free in an attempt to stay neutral.

Users are charged a modest $3 per month member fee, with 10% of monthly net earnings going to trackable charities. Referring a friend to the site will earn users a free month.

“There are politicians trying to make it harder for the average person to vote, and there are no words to say how important it is to vote today,” Kelly said, encouraging Americans who care about the future of their country to join We Will Decide and make more informed decisions down the road.

Disclosure: This article mentions a client of an Espacio portfolio compa