HomeTechnologyWhat Startups Can Learn From Innovators in Latin America
Technology 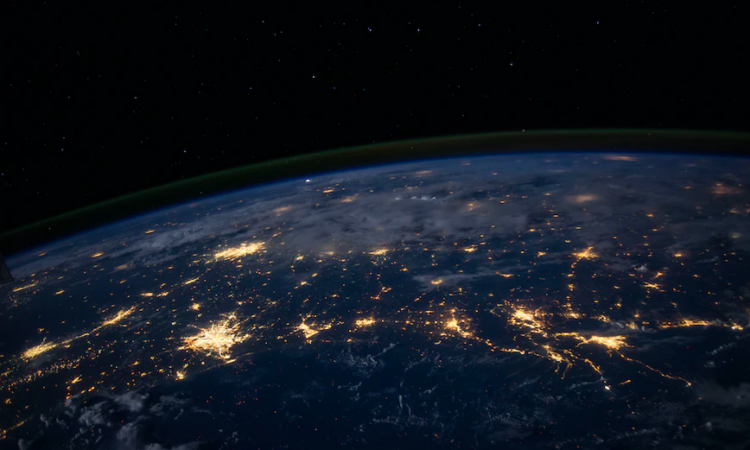 Despite the current international funding low, the Latin American (LATAM) innovation landscape is still growing. In fact, turbulent economic times and uncertain business scenarios are nothing new for the entrepreneurial ecosystem. It seems that this is precisely why the region’s business sector is extremely resilient—because, as they say, overcoming challenges breeds innovation.

The LATAM startup ecosystem has proven to be highly successful in gaining a foothold in the global market. Of the more than 50 unicorns born in LATAM, the majority of these companies were founded in the last few years. With companies such as Mercado Libre, Nubank, and Rappi leading by example, the region’s spirit for innovation has been shown by how quickly young founders have evolved a mere business idea to develop a full-fledged company able to shake up international markets.

Many key indicators have demonstrated LATAM’s enduring spirit for innovation and resilience against economic uncertainty. Let’s take a look at some of the most important lessons to be learned from the region and how they can apply to startups worldwide amid the looming recession.

In recent years, fertile ground for digital growth has opened up in Latin America and local innovators have immediately stepped in to help drive the region’s technological development.

For one, the accelerated internet adoption, with 78% of the population now using the Internet regularly, has opened massive business opportunities. An estimated 13 million people across LATAM made an online transaction for the first time in 2021, and since then, fintech companies and banks have realized skyrocketing demand for digital payment technologies.

Opening up a floodgate of opportunities for startups, many young businesses have been a big part of patching the disparities that have demonstrated themselves as the region embarks on a steep technological climb. In fact, according to a study, the rapid growth of fintech in LATAM is actually due to the growing demand for services that traditional financial institutions have not covered.

This is an excellent example for startups on how to generate the golden ticket of product-market fit. Product-market fit is an element that exists between unmet needs and a value proposition. This is the sweet spot where a company’s target customers are buying, using, and telling others about the company’s product in numbers large enough to sustain that product’s growth and profitability.

“Startups have to show their path to profitability,” says Diego Noriega, Managing Partner at Newtopia VC, a venture capital firm that is the most active in early-stage investments in Latin America. “It doesn’t always have to be immediate, but investors prefer startups that have done their homework in making their company robust and know how to scale.”

Product-market fit puts a young company on the fast track to success, as their goods or services are inherently needed within a community or industry. When executed well, this can help create a market of healthy competition and by proxy, trigger massive growth in businesses across industries. LATAM has showcased how a lack of technological infrastructure can actually sew the seeds of innovation that help startups to achieve large-scale product-market fit.

Lessons on Keeping Momentum in Early Stages of Growth

Across the globe, investors continued to shift their attention from late-stage to early-stage companies in 2022. LATAM joined the VC party a bit late. But it has shown that if startups can showcase their potential early on, they have just as good of a chance to get interest from an investor as later-stage companies in more developed regions of the globe.

This momentum is further stimulated when all players in the business sector do their part in helping to create a wider network of entrepreneurial collaboration—including universities, stakeholders, startups, and more established enterprises. It has been that collaboration between universities and companies creates a healthy ecosystem of innovation.

One clear sign that LATAM is doing something right is Google’s recent announcement that it will invest $1.2 billion in the region focused on digital infrastructure, digital skills, entrepreneurship, and inclusive, sustainable communities. In Brazil, Google has a startup campus that has already helped 450 startups and developed 13 unicorns. Another example is the globally-known Y Combinator, which recently created a new model for funding early-stage startups where they will invest $500,000 per company twice a year in a large number of LATAM founders.

Cross-propagation mainlines innovation into the startup community, energizing new ideas and providing the resources needed to help accelerate business growth in any region. LATAM has shown that underdogs can prevail, no matter what stage of development, which can be enough to convince stakeholders that you are worth investing in.

Lessons on the Value of an International Talent Pool

Another way that startups can learn a thing or two from LATAM is how countries in the region have positioned themselves to be the next destination for international talent. With LATAM considered one of the fastest-growing technology hubs in the world, there are experienced workers from every corner of the world looking to the region for opportunities.

NFX.com, a website that represents a venture firm exclusively focused on pre-seed and seed-stage startups, found that LATAM has had a growing number of “Boomerang” founders. These are founders that go to the U.S. for grad school or for early experience at tech giants such as Amazon or Google but then come back to build regionally-focused businesses. This has built a strong foundation for businesses to grow, with individuals learning from more developed countries and bringing that knowledge back to their home countries.

“Continuity is an essential aspect of ecosystem support in Latin America,” says Noriega.  “Countries must take the initiative to generate wealth, good quality of employment, innovation, and inspiration for future generations.”

Consistent ecosystem support has resulted in extreme progress for the region in the international market. According to research by Daxx, LATAM is currently the most popular destination for North American tech companies seeking overseas software developers.

This progress is also thanks to stakeholders on the ground floor finding ways to create international business relationships. In the growing entrepreneurial hub of Medellin in Colombia, one of the top business universities, EAFIT,  has a cross-cultural collaboration program with FHNW, a university in Switzerland. The two-week intensive program is designed for diving into multi- and cross-cultural entrepreneurship, expanding networks for students and training the next generation of business for the global market.

All of these efforts are helping countries in Central and South America to demonstrate their business brawn in the world economy.

The Future of Business in LATAM

LATAM has clearly shown that it can pull itself by its bootstraps, with companies across all sectors still showcasing the great untapped potential to explore. The region continues to strategically seize the opportunities available to it – even though it lacks resources compared to other areas of the world.

The competitive environment in LATAM presents incredible opportunities to create 10X better solutions, both locally and internationally. LATAM’s startups have shown that the sky’s the limit, something that startups worldwide could all take note of.