Who was the late German journalist who claimed CIA controlled European media? 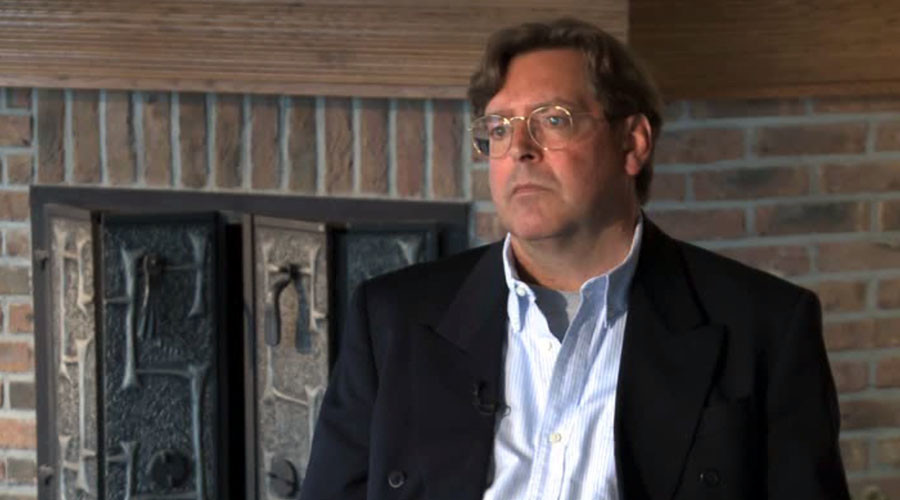 Controversial German journalist, fake news participant, and alleged CIA whistle blower, Udo Ulfkotte, dies of a heart attack at the age of 56, but who was he really?

The right-wing journalist who had recently spoken openly about the threat of immigrants in Germany and the CIA control over European media was found dead of an apparent heart attack on Friday, according to German media.

Udo Ulfkotte’s rhetoric about how Muslims and immigrants in Germany were allegedly committing heinous crimes made the journalist a subject of controversy in recent days as he was considered an extremist and a racist.

However, his claims that the European media was bought and sold by the US Government made headlines in 2014, following the release of his book “Journalists for Hire: How the CIA Buys the News,” (“Gekaufte Journalisten” in German).

The book is still not available in English, but in it, the former editor of Germany’s Frankfurter Allgemeinen Zeitung newspaper claims that he was a part of a program where the CIA hired American and European journalists to plant false stories in the mainstream media to further a disinformation agenda.

Ulfkotte claimed to have worked with the CIA and German foreign intelligence to spin the news “in a way that was positive for the United States and bad for its opponents.” The German journalist made no attempt to cover-up that he accepted bribes from the CIA throughout his career and that he would lose his job if he did not comply.

“I’ve been a journalist for about 25 years, and I was educated to lie, to betray, and not to tell the truth to the public,” Ulfkotte told RT in 2014.

In the interview he claimed that most journalists in foreign countries, whether they be British or American, were called “non-official cover” for the CIA.

According to the late journalist, non-official cover means, “You do work for an intelligence agency, … but … when they [the public] find out that you are not only a journalist but a spy too, they [the CIA] will never say this was one of our guys.”

Perhaps Ulfkotte’s most controversial claim in 2014 was that all journalists from respected media outlets in Germany are approached by “transatlantic organizations” at some point in their careers to spread pro-American propaganda.

All journalists from respected and big German newspapers, magazines, radio stations, TV stations, they are all members or guests of those big transatlantic organizations, and in these transatlantic organizations you are approached to be pro-American, and … they invite you for seeing the United States, they pay for that, they pay all your expenses and everything. So, you are bribed, you get more and more corrupt, because they make you good contacts.

Ulfkotte even admitted to publishing a story in his name about how slain Libyan President Muammar Gaddafi had allegedly tried to built a secret poison gas factory. He claims that the CIA fabricated that article and that later it had spread worldwide without any vetting whatsoever.

Whatever you make of the man, his stories were most certainly controversial, and who is to say he was telling the truth all along.

According to one blogger, who describes himself as “A proud member of the Trans-Atlantic Community,” wrote in 2015, “Ulfkotte distinguished himself as a racist and anti-Islam hatemonger, demanding that all Muslims be deported from Germany in order to create more Lebensraum for ethnic Germans.”

Was Udo Ulkotte a racist, a conspiracy nut, a liar, or a legit whistle blower?