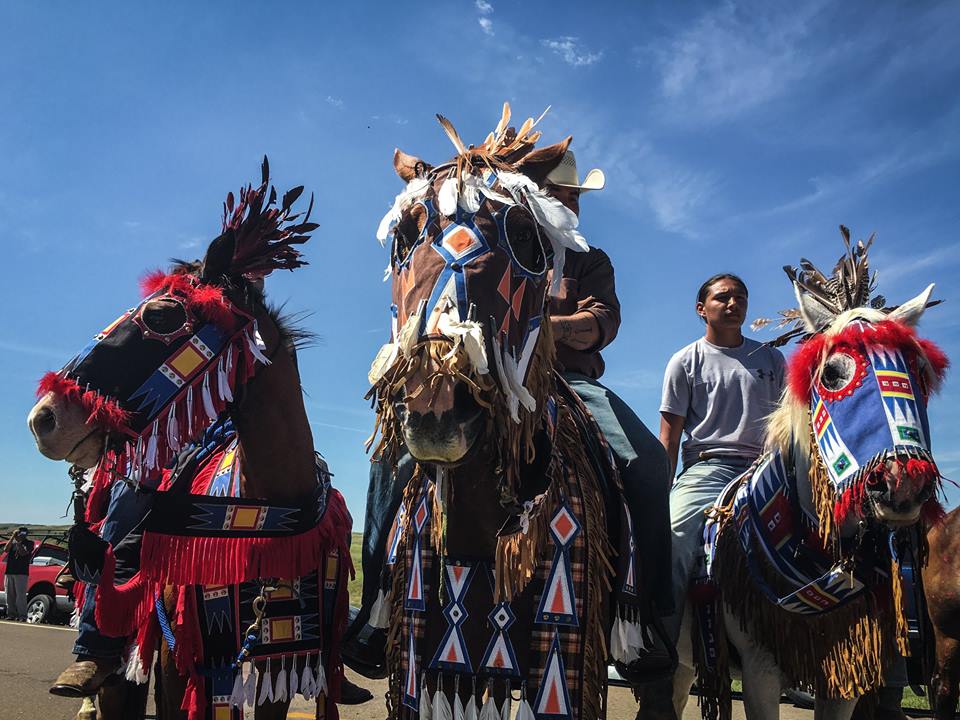 The tribes of the Dakota plains continue to block progress on a pipeline through their land, but they are up against overwhelming opposition on the part of big oil.

While there has been some mainstream media coverage of the Lakota, Crow, and Sioux protests, there hasn’t been much reporting on who the oil companies are and with whom they are affiliated. The indigenous people of North Dakota are taking on big oil companies that are linked to investment banking and even shady defense contractors that have been accused of exploiting profits from the Iraq War.

What companies are behind the pipeline?

The Dakota Access Pipeline Project (DAPL), also known as the Bakken pipeline, is spearheaded by a corporation called Energy Transfer.

The Board of Directors for Energy Transfer is populated by a conglomerate of people who’ve worked in energy, law, and finance, much like any other board of a major corporation, but one of its directors has a particularly interesting background.

“Originally known as Enron Oil & Gas Co., EOG was spun off from its parent in 1999, before Enron collapsed under allegations of fraud and corruption,” and according to a Bloomberg report in 2014, EOG “has emerged as the most-recommended stock in the oil industry.”

Enron was a U.S. energy-trading and utilities company that perpetuated one of the biggest accounting frauds in history. Enron’s executives employed accounting practices that falsely inflated the company’s revenues, which, at the height of the scandal, made the firm become the seventh-largest corporation in the United States. Once the fraud came to light, the company quickly unraveled and filed for Chapter 11 bankruptcy on Dec. 2, 2001.

Sunoco in turn has a major oil refinery in Philadelphia that produces 330,000 barrels of oil per day, and that refinery was bought-out with a majority share going to the Carlyle Group.

The Carlyle Group, aka “The President’s Club” was extremely controversial during the Iraq War, and had on its board former US President George HW Bush as adviser.

The bin Laden family were investors in a defense contracting company called United Defense which was acquired by the Carlyle Group.

United Defense “had developed a huge 40-tonne howitzer, the Crusader, which, despite widespread opposition from the army, was commissioned by the Pentagon. The $665m contract was signed just two weeks after the attacks on the twin towers,” according to The Guardian.

So, what’s really at stake in North Dakota?

For the Lakota tribe, what’s at stake is simple — water. Water is the life force of humanity and if the pipeline were to rupture, millions of people would be without water and the land would be uninhabitable.

One doesn’t need to speculate about the potential harm from a ruptured pipeline to a nearby water source. In February of this year at least 3,000 barrels of crude oil were spilled in an Amazonian region of Peru, which polluted two rivers after multiple ruptures to the pipeline.

At least eight indigenous communities relied on those rivers for drinking water and fishing, and that type of contamination is exactly what the indigenous tribes are trying to prevent in North Dakota.

In Peru, “Communities that have [plots] on the banks [of the river] sell their plantains. Now that it is totally damaged, where they will sell? No one will want to buy plantains there. It is all contaminated,” wrote Scientific American.

The people of North Dakota are up against stiff competition of oil and gas companies that have shady backgrounds and billions of dollars on their side.

For the oil companies, the pipeline would be a $3.7 billion project transferring 470,000 barrels of oil per day. For the people living there, it would mean the desecration of their ancestral lands and a threat to their way of life if the Missouri river were ever contaminated, just like what happened to peoples of the Amazon.