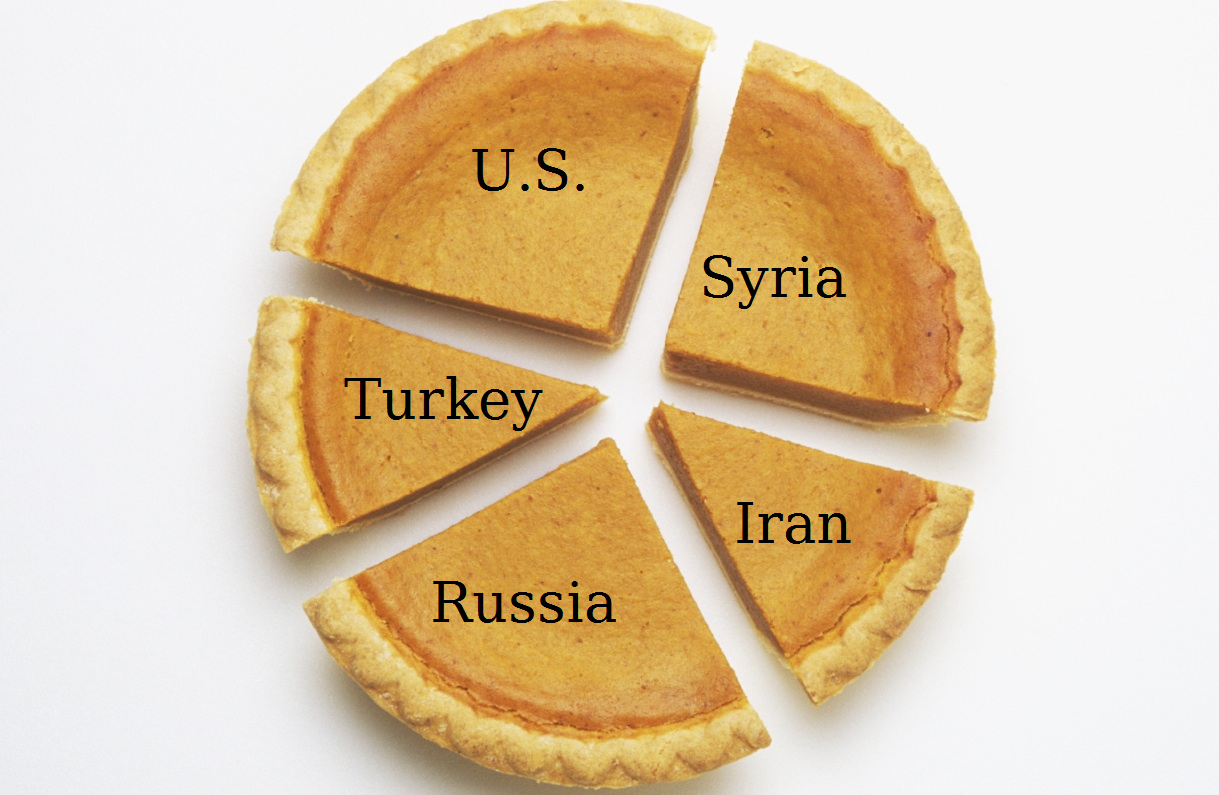 Turkey continues to push further into northern Syria as it oversteps its boundary in the relentless pursuit of Kurdish rebels and ISIS militants.

Now that Turkey has had a taste of the Syrian pie, it doesn’t want to give it up. In fact, Turkey loves the taste of dead opposition so much, that it has ordered seconds. First, they took out ISIS; now they’re going for the Kurds.

In what began as coordinated attacks inside Syria’s northern border with Turkey, the Turkish military repelled the so-called ISIS militants with the help of Kurdish rebels, but now Turkish forces are pushing deeper into Syria to drive out the very rebels that helped them in the first place.

The Turkish government, headed by President Erdogan, has been on a rampage both at home and abroad, of clearing out all opposition. It started with the attempted coup last month, which led to the purge of thousands of politicians, judges, educators, and military opposition, and it continues into Syria where Erdogan is afraid of a Kurdish uprising spreading into his own country.

Turkey’s presence in Syria is no longer about protecting its border; it is an attempt to wipe out the Kurds, so they don’t demand autonomy in Turkey. This prompted the United States to rebuke the Turkish government for overstepping the line in what was supposed to be a campaign designed only to take out ISIS.

However, the US is overstepping its boundary as well, with no real reason for being in Syria other than “Assad is a bad dictator and he has to go.”

The American government is playing a very dangerous game in which it is using Kurdish rebels to fight ISIS while allowing Turkey to do the same. The only thing is that Turkey has other plans that don’t correspond with America’s. Turkey wants a bigger slice of the Syrian pie while countries like Russia, the US, Iran, and the various rebel factions all want their own piece of Syria.

There simply isn’t enough Syria to go around, and its citizens are being massacred on a massive scale as a result of the insatiable appetites on the parts of foreign military campaigns.

The US is trying to be the country’s watchdog, handling the rebels on one side while trying to appease Turkey on the other, all the while trying not to be overtly aggressive against Russia, which would cause another international incident — a rift that could potentially bring us into World War III.

We’ve cited on many occasions that the war in Syria has its roots in big banking and oil. Beyond that, Syria is also home to where our civilization allegedly began, although the recent discovery of the archaeological site dubbed Gobekli Tepe in Turkey is turning that theory on its head by predating the current accepted theory by 6,000 years!

Syria is part of ancient Sumer, which includes parts of Iraq, Kuwait, and Iran. It is no secret that the so-called Islamic State is destroying priceless ancient artifacts from humanity’s past, but how much of our history is being buried in the sand?

Why is the “cradle of civilization” constantly under attack? What information is kept hidden from us? What are we not being told about our origins? Is there something more at stake than “mad” dictators, out-of-control rebels, and big business in the latest bid for a slice of the Syrian pie?