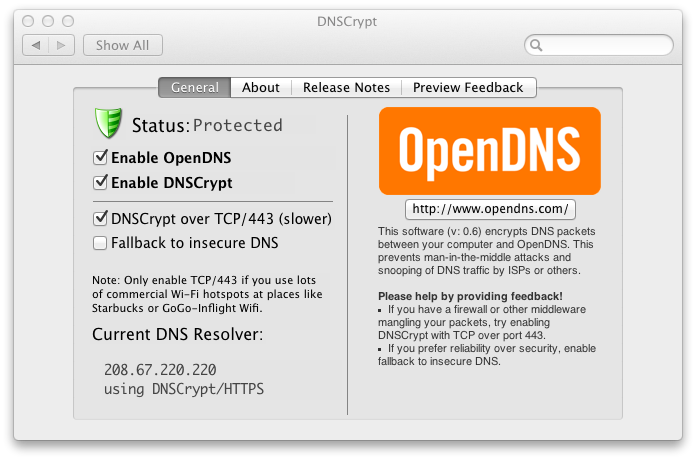 OpenDNS has released a ‘technology preview’ of a new security tool known as DNSCrypt. DNSCrypt encrypts all DNS data between you and your internet service provider (ISP) or DNS provider, like OpenDNS, preventing illegal traffic “snooping, tampering, or even hijacking”.

So what is DNS? DNS is basically the phonebook of the internet – a system for translating human-readable and memorable domains like sociable.co into numerical IP addresses like 80.93.29.126. Some DNS providers like OpenDNS provide an extra layer of security on top of this with additional services like phishing protection, content filtering and beginning today encryption. 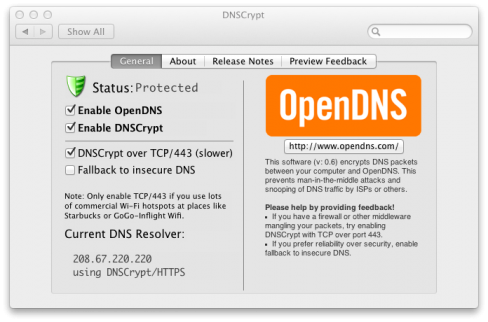 Available as a free download for Mac OS X, with Windows and Linux support coming next year, DNSCrypt wraps all DNS traffic between you and your DNS provider with encryption – this portion of internet traffic is commonly referred to as the “last mile”.

This “last mile” is often seen as the most vulnerable part of the internet’s infrastructure, where unscrupulous individuals with know-how and intent can eavesdrop or spy on users’ activity. Places like coffee shops and restaurants that offer unsecured internet access are particularly vulnerable to such “man-in-the-middle” attacks.

OpenDNS has stated that DNSCrypt’s code will be open-sourced in the near future.

Customers of Precor’s Spinner® Get Free Access to Indoor Cycling Classes, Thanks to CycleCast and Precor Partnership