HomeWebGoogle: No, our Street View car didn’t knock over a donkey
Web

Google: No, our Street View car didn’t knock over a donkey 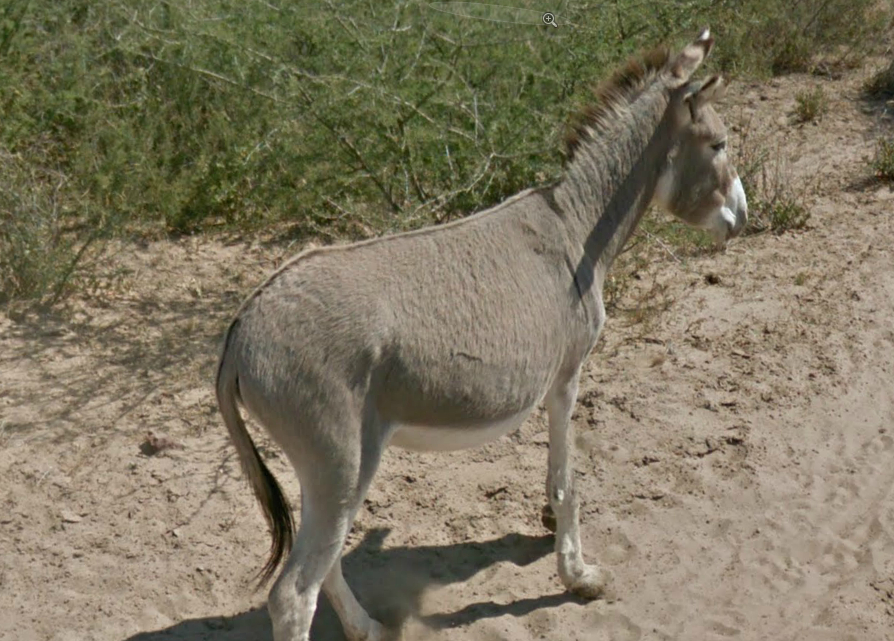 Picture the scene; it’s May 2012 and you’re driving a Google Street View car down a dusty road in Botswana when suddenly you hit a donkey, what do you do? Well, if you believe some web comments you simply drive on and wait a few months while the images are processed together and uploaded to Google Maps.

In what has to be one of the strangest posts we’ve seen in a while, Google has taken to its Google Maps blog to prove that its Street View car in Botswana did not knock over said donkey (Although it’s not the only ass on Google Street View).

According to Google Street View, in the past 24 hours an increasing number of users have been discussing the possibility that the Street View car did run over a donkey in the country and that the 360 degree images of the accident are now available Google Maps.  Google, however, denies this, saying that it’s all a misunderstanding.  The company writes;

Because of the way our 360-degree imagery is put together, it looked to some that our car had been involved in an unseemly hit and run, leaving the humble beast stranded in the road.

But Google wants to assure animal (and donkey) lovers that the donkey was okay and wasn’t involved in an accident with the car. Google’s Group Product Manager for Google Maps, Kei Kawai, says “I’m pleased to confirm the donkey is alive and well,” and points to further Street View images showing the animal on all fours walking away from the car. View Larger Map

But how does Google explain a donkey lying  on the side of a road in the path of its Street View car? Google speculates that the animal was just taking a dust bath, as donkeys tend to do.