HomeWebHow do website speeds fare up around the world?
Web

How do website speeds fare up around the world?

Page speed is important to website owners. Not only does a fast website mean better user experience and engagement, it also ranks higher in search. Google takes a look at website speeds around the world.

The average page load time of a website when viewed on a desktop device is just under seven seconds. Contrast this to mobile which is about 1.5x slower at just over 10 seconds average page load. Mobile is still slower despite many publishers optimising their sites for mobile devices, often striping site resources to the bare essentials. 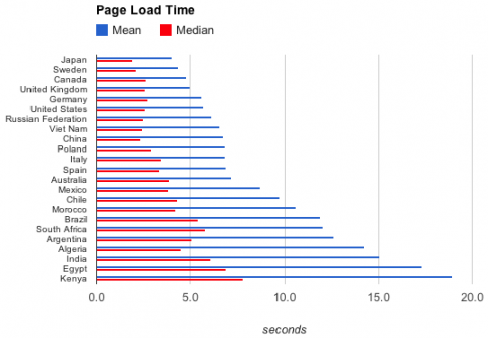 Analysing specific countries, Japan, unsurprisingly delivers the quickest page load times at just over four seconds on average. This is followed closely by Sweden, Canada, the United Kingdom and Germany. Surprisingly, the top performers list does not feature as many European nations as one would expect, with countries like Algeria, Brazil and Kenya being placed instead. 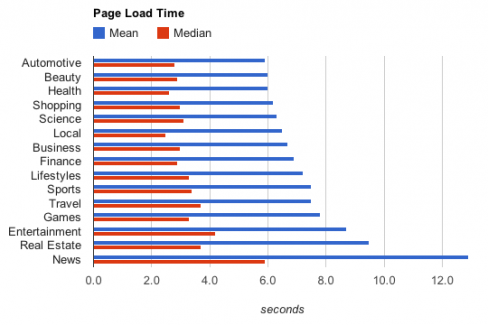 News websites are among the slowest on the web. They do tend to be media heavy and include every social share button imaginable, so this is perhaps unsurprising. The fastest loading websites by genre are those involved in the automotive industry, beauty and health.