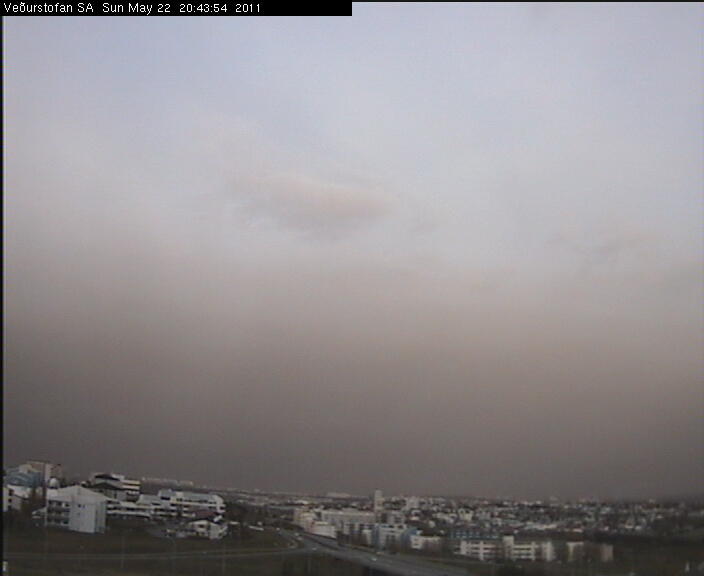 The Grímsvötn volcano ash cloud has reached Iceland’s capital, according to images from a meteorological webcam in Reykjavík.

[Update – May 24:This webcam shows the affect the volcanic activity has had on the glacier surrounding it. The eruption has caused the ice to melt which has flood parts of the region.]

The images from the webcam, which is operated by Iceland’s Met Office, are taken 30 minutes apart and show the ash cloud approach the outskirts of the city.

The ash cloud has grounded planes across Iceland and the Met Office has warned the southern part of the island to expect widespread ashfall over the next day.

The approach of the ash cloud resulted in the closure of Keflavik International Airport in the capital and people living in the vicinity of the Grímsvötn volcano have reported that the ash turned the sky black today.

Click here to see NASA satellite images of the eruption.

The latest metrological data reports that the ash cloud is expected to reach Northern Scotland by Tuesday and then pass through Western Europe by Thursday.  However, at this point it is unclear what level of disruption the eruption will cause.

These images show the approach of the ash cloud between 6:45pm and 8:45pm on Sunday. 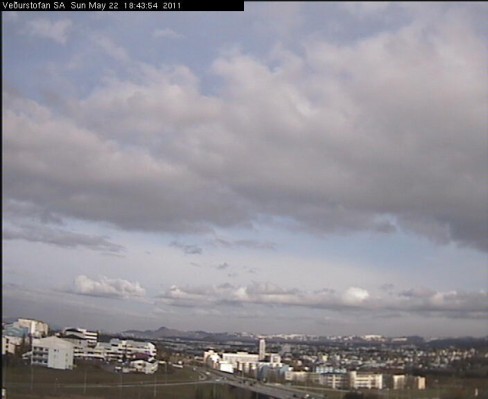 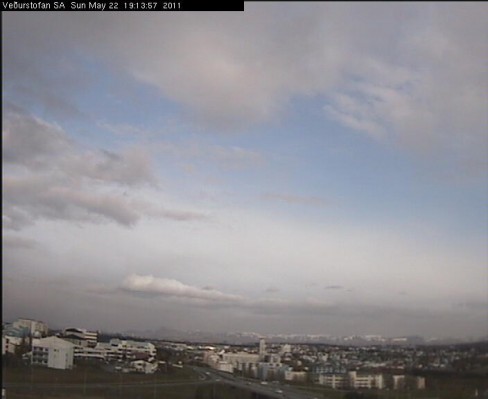 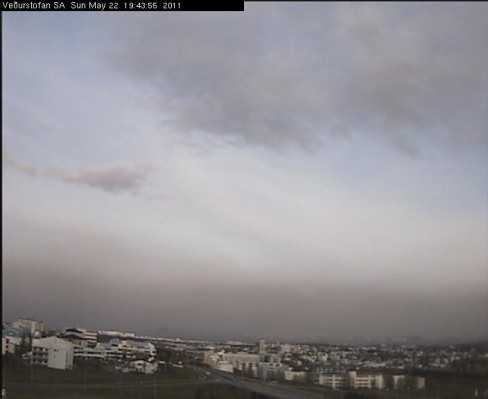 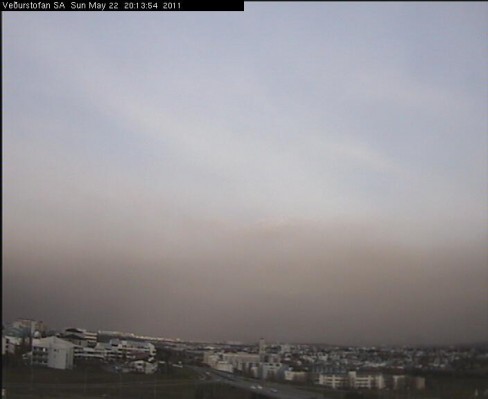 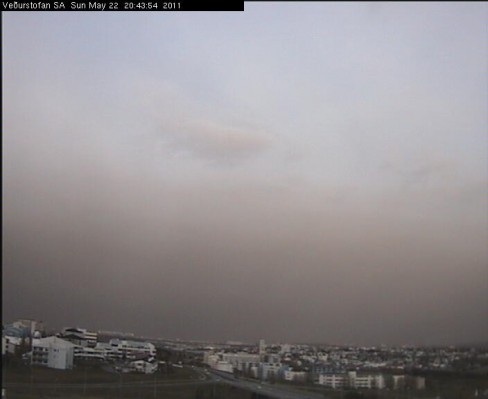