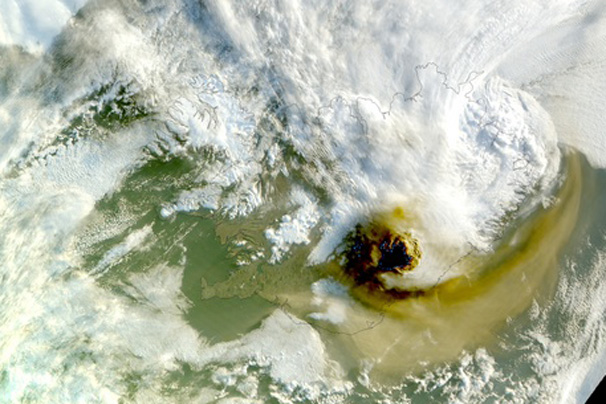 The first image below was taken at sunrise this morning, Sunday, and shows a large plume of ash rising from the Grímsvötn volcano and largely being carried off to the north-east. The rising sun casts a dark shadow off to the west. 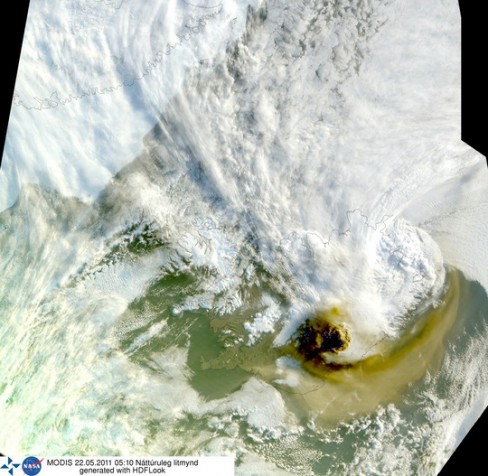 The second image, taken at 1pm this afternoon, is rather cloudy but nonetheless shows the ash cloud drifting northwards. The ash cloud’s northerly direction may ultimately determine the level of travel disruption, if any, caused to the rest of Europe. 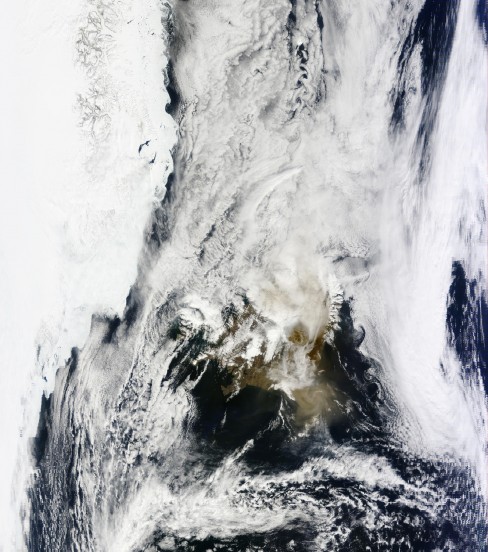 Paul Mott, forecaster at Meteogroup, does predict that the ash cloud could potentially reach the Scotland by Tuesday, but it is unlikely to cause any major disruption to the rest of the UK or Europe,

“Both the upper level and lower level winds will be becoming north-westerly through Monday and Tuesday as well, so between Iceland and Scotland there’ll be northwesterlies.

“Certainly any ash plume could potentially move from Iceland towards northern Scotland. I think that risk does increase through tomorrow night and into Tuesday.”

“There is currently no impact on European or transatlantic flights and the situation is expected to remain so for the next 24 hours. Aircraft operators are constantly being kept informed of the evolving situation.”