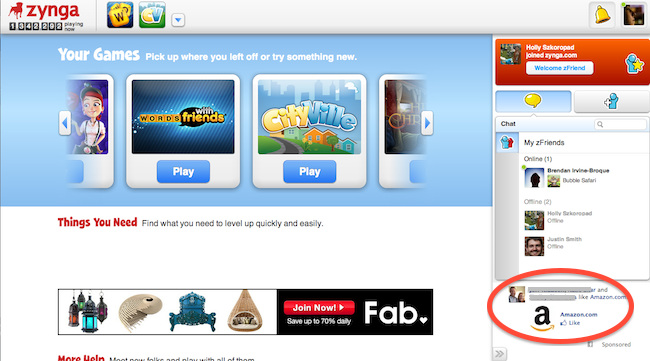 Facebook has begun to display Facebook ads on Zynga.com, the first time the company has done so on any domain other than Facebook.com.

Inside Facebook were first to notice the ads, which include the usual personalised Facebook ads and Sponsored Stories. 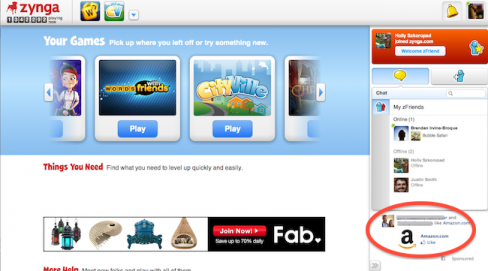 Zynga.com is the social gaming company’s off-Facebook games destination. The site now displays one Facebook ad in its sidebar, replacing a Google AdSense ad placement, although Google ads are still served further down the page.

“When you connect with Facebook on Zynga.com, you’ll see personalized ads and sponsored stories. The Facebook ads you see on Zynga are the same ads you see on Facebook.com.”

“We have had a close relationship with Zynga for a number of years and we think we can deliver value to Zynga and to the people playing their games by showing the same ads that they see on Facebook. We will not be showing ads on other sites at this time.”