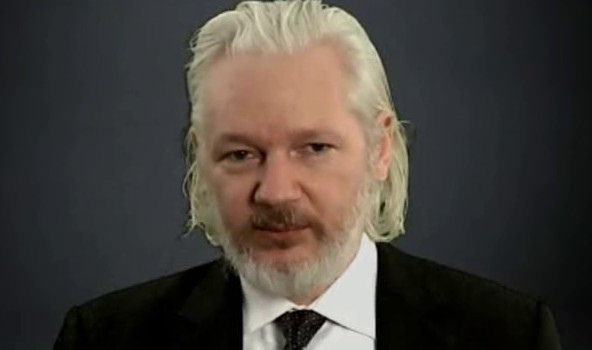 Tickets for a Q&A session with Julian Assange go on sale December 1 despite rumors that the WikiLeaks founder has been compromised.

Billed as “a rare opportunity for a real time interview and Q&A” with Julian Assange, the interview is to take place via video link from his alleged location at the Ecuadorean Embassy in London to Auckland, New Zealand and Melbourne, Australia.

The interview, “Julian Assange: No More Secrets, No More Lies” is set to take place February 19, 2017.

“The evening will see a talk from Julian himself, followed by a discussion with the evening’s MC, and finishing with a live audience Q&A,” according to eventfinda.

However, rumors have been speculating that around October 18, Assange was removed from the Embassy in London and taken away in white vans by heavily armed men. 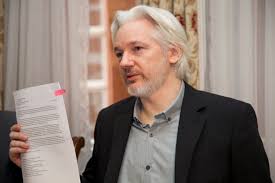 According to the International Business Times, Julian Assange is alive and well in London and has been giving interviews. IBT cited a SoundCloud interview claiming it took place last Friday on the day Fidel Castro died, but this isn’t stopping skeptics from saying the interview was recorded earlier and that it was manipulated.

Even the WikiLeaks Twitter account said on November 24, “Please stop asking us for ‘proof of life’. We do not control Assange’s physical environment or internet connection.”

What is troubling about this tweet is that the same WikiLeaks account tweeted a survey a month earlier asking how to best show proof that Assange was OK. “Thousands keep demanding Assange proof of life. Not unreasonable. He’s in a tough spot and is WikiLeaks best known validator. Preference?”

So, why ask how to show proof, then not deliver when over 100K people vote, only to later tweet “stop asking?”

There is overwhelming coverage in the media that Assange’s disappearance is a hoax, including from author, broadcaster, and former British Ambassador to Uzbekistan, Craig Murray, who claims to have had dinner with the WikiLeaks editor on Friday — the same day the SoundCloud interview supposedly took place!

Some of the disturbing evidence of Assange’s disappearance can be extrapolated from Julian’s unique, encrypted signature called a hash function. To quote from “When Google Met WikiLeaks” by Julian Assange, “a ‘hash algorithm’ or ‘hash function’ is a formula that takes data of any size and turns it into a ‘hash’: a number (represented by a sequence of characters of a standard length) that can be used to refer to the original data.”

“In other words, using a digital authentication scheme where WikiLeaks publishes a digital signature of the hash to say that this hash corresponds to a document WikiLeaks has authenticated and published — just like a publisher’s imprint on the inside cover of a book, but impossible to fake,” (emphasis mine).

For example, the original content of a hash could be translated to “Putin rode a horse.” However, if the content is tampered with, the hash changes as well, which would alter the message to “Putin rogered a horse.” When the hash is compromised, the outgoing information becomes scrambled.

In October, WikiLeaks released a bunch of Tweets with obvious typos that have made many questions if the account had been compromised. Additionally, seemingly random streams of numbers were being tweeted, sparking more rumors that this was a “Dead Man’s Switch.”

However, according to Gizmodo, “Essentially those unique codes are proof to anyone reading the documents in the future that their contents remain unchanged: alteration to the leaks will likewise alter those 64-character codes.”

Gizmodo confirmed that Assange was “very much alive” on October 17, but this was one day before he was rumored to have disappeared.

The contrast between genuine information and disinformation is very blurred at the moment, and there have been no recorded images of Julian Assange since before the American Presidential Election.

However, that didn’t stop British tabloid Express from reporting that Assange made an announcement just yesterday that the “CIA created ISIS.”

The Q&A video link with the WikiLeaks editor set to take place between London, Auckland, and Melbourne is almost three months away. That is a long time to wait while his whereabouts still remain, at least to the skeptic, undetermined.

‘AI is the electricity of this era’: Salesforce