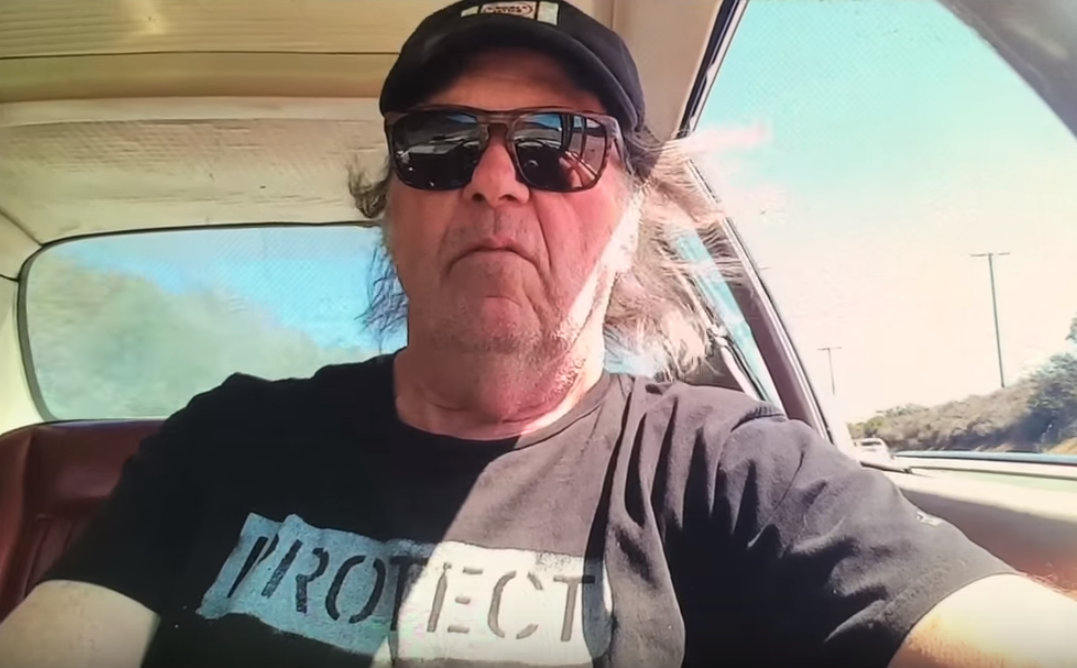 Adding to his decades-long repertoire of iconic American music, Neil Young recorded Indian Givers to call out and shame big oil, banking, and the media for oppressing and suppressing Native Americans’ rights to clean water and sacred land.

“I wish somebody would share the news” is an occurring refrain in the song alluding to what is practically a mainstream media blackout of the protests, including the news about the use of dogs and pepper spray to drive back people who where peacefully protesting.

Young’s fresh, topical song  tells the story of past injustices towards Native Americans, the current battles raging, and of the “impostors in our neighborhood” who represent the “evil way.”

“Behind big money justice always fails” is a powerful line from the song, and it is completely spot-on.

The people of North Dakota are up against stiff competition of oil and gas companies behind the Dakota Access Pipeline Project (DAPL) that have shady backgrounds and billions of dollars on their side.

Democracy NOW! did an excellent job breaking down where the money to fund the pipeline was coming from and reported that more than 24 banks financed a combined $3.75 Billion in credit to Energy Transfer, the parent company of Dakota Access LLC.

Young, now 70, has been recording protest songs throughout the decades. With Crosby, Stills, Nash, and Young, he sang about the May 4, 1970 Kent State shootings in the song “Ohio,” and his probably most well-known protest hit, “Rockin’ in the Free World” has been responsible for more strained necks from head-thumping rockers than any other since 1989. He also sang about the brutal Spanish conquest of the Aztecs in “Cortez the Killer,” among numerous other protest classics.

Ironically, Rockin’ in the Free World — like Bruce Springsteen’s “Born in the USA” — has been used as a rallying hymn by politicians ignorant of the fact that both songs are a protest against the political system and the socioeconomic inequalities in America.

The iconic rocker’s Indian Givers originally appeared on YouTube last week, but it was taken down — allegedly for revisions, and is now back online. Through the medium of music, Neil Young has taken the social technology to YouTube to spread the message where most of mainstream media has failed.

You can see one scene repeated in the music video with the Unicorn Riot logo in the bottom-right corner. This is a hats-off to the independent news team that was on the scene of the protests when the militarized police cracked-down and arrested 20 people, including two Unicorn Riot journalists.

MSNBC is one (if not the only) of the few mainstream media outlets that has reported on the unjust treatment of Native Americans over the centuries. MSNBC’s Lawrence O’Donnell gave a heartfelt commentary on The Last Word in which he called out the US Government for violating every treaty ever made with the original inhabitants to dwell on what is now called American soil.

Is technology really the solution for developing countries to prosper?

An ethical approach to software development: the story of Fog Creek