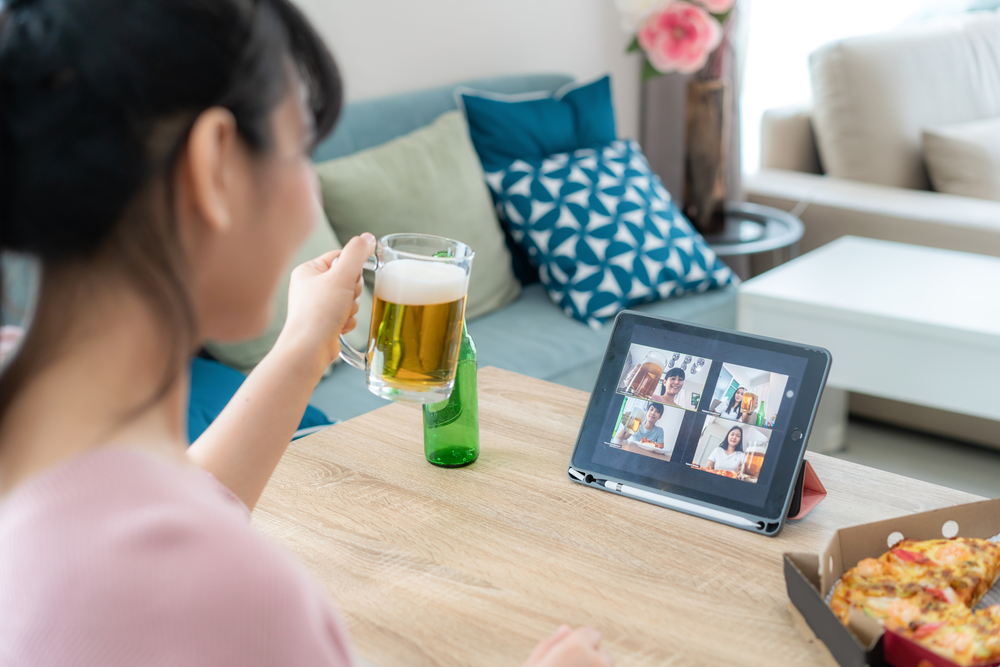 Social media users watched as American TV chef Ina Garten sloshed generous servings of vodka and cointreau into her giant cocktail shaker to pour herself an enormous cosmopolitan in a martini glass that could serve enough for four.

“Stay safe, have a very good time, and don’t forget the cocktails,” she told her 2.4 million followers in an Instagram video which she posted along with the caption “It’s always cocktail hour in a crisis!”

But is this really an accurate representation of how people locked up in their homes to prevent the spread of COVID-19 are spending their days, or perhaps a glimpse into a future to come?

Studies show that over half of UK adults drink to cope with anxiety or stress — emotions many are feeling as a result of the current coronavirus pandemic —  which can lead to positive feelings and relaxation in the short term.

However, drinking to take the edge off is just one of a multitude of reasons why people do it. When I asked a mixed group of friends between the ages of 25-29 to find out what motivates them to drink alcohol, their reasons ranged from logical to cultural.

“I drink because it tastes delicious and it’s a nice treat,” said 28-year-old writer Frances Jenner, who lives in the UK. For 26-year-old Valerie Grove, who works in PR, part of her motivation is to support local breweries.

“It’s the activity that brings my friends together,” 28-year-old US-born journalist Jordan Jones, explained, adding that alcohol is often “part of the unspoken social agreement” between groups of his friends when they meet up.

For 29-year-old writer Michael Middleton, also from the US, drinking is ingrained into Western culture and has therefore always been part of his social activities. But it’s not something he tends to do simply because other people are doing it too.

Before the coronavirus pandemic began, drinking culture was most associated with social activities such as going out to a pub or bar to meet friends, going dancing, which mostly take place at the weekends.

Now confined to our homes our drinking habits are changing along with the rest of our lifestyles. Thanks to countless different video call apps, people are now enjoying a drink while taking part in video calls with the friends or loved ones they might be isolated from.

For many, virtual happy hours have become a scheduled weekend activity, along with the virtual pub quiz and the ‘quarantini:’ the cocktail you can make with whatever ingredients you’ve got in the cupboard at home.

In Japanese, there is a new word to describe this phenomenon, “On-nomi,” which means drinking online, has even reportedly been coined.

According to Nielsen, the sales of alcohol in supermarkets and liquor stores increased by over 50 percent for the week ending March 21, and online alcohol purchase began to soar in the second half of March around the same time that several governments began mandating self-quarantine policies, according to Nielsen, as opposed to purchases in restaurants and bars which have plummeted.

“Drinking is part of a basic social outing, so it naturally translates over to this quarantine because it’s a way of being social, something to do,” said Middleton.

Even weekend drinking habits seemed to also have spilled over to lockdown, with most — if not all — of the interviewees reporting they tried to avoid drinking during the week. Come the weekend, however, most said they tend to let their hair down.

“Drinking is part of a basic social outing, so it naturally translates over to this quarantine because it’s a way of being social, something to do”

But, unlike Ina Garten guzzling down cosmos, there are also many people who find abstaining from alcohol much easier in quarantine — even on the weekends — because there isn’t the added social pressure of their peers.

For some, solitude might encourage a more contemplative approach to drinking. In a New York Times meditation on solo drinking, author Eric Asimov claimed that “solitude and a little wine can send the mind in unexpectedly delightful directions.”

“Wine inspires contemplation as well, which is almost always welcome, especially if the conversation is with yourself,” he wrote, dispelling common associations of drinking alone with alcoholism and addiction.

However, drinking alcohol excessively during a global health crisis does not come without risks, as it can damage our immune system at a time when we need it the most.

It seems, then, that approaches to drinking in quarantine are very much dependent on individual preferences and circumstances, as we might expect — much like our regular drinking culture.

One thing that doesn’t change, however, is alcohol’s association with social gatherings, whether they are virtual or not.