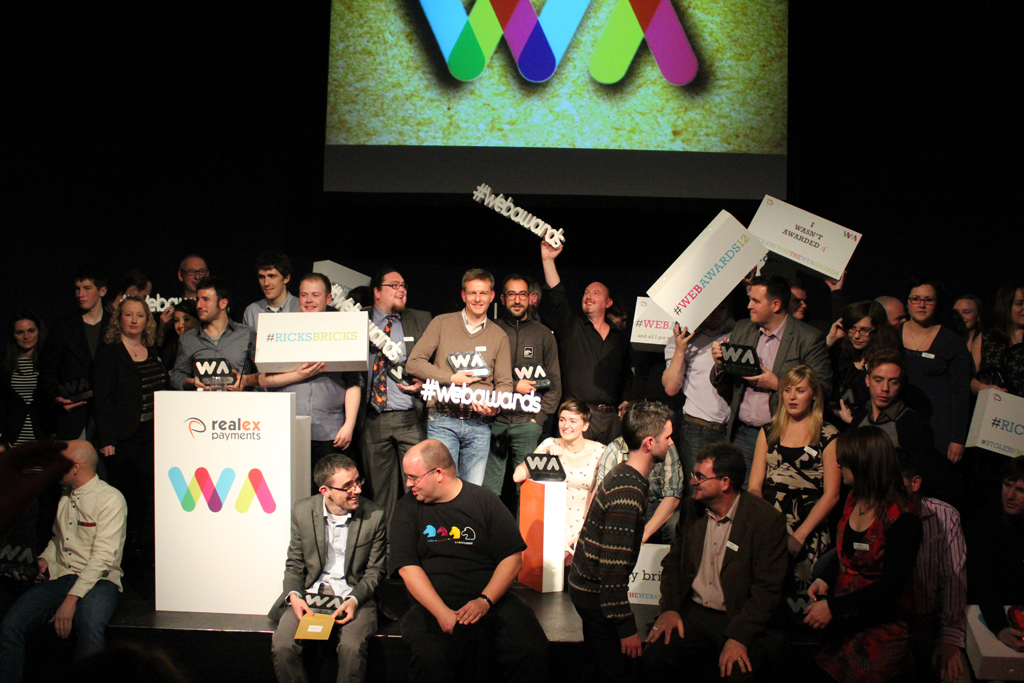 Between occasional bouts of Gangnam Style dancing and men grasping for money in glass cages (think Crystal Maze) the 2012 Realex Payments Irish Web Awards were a little bit more crazy than the country’s web development community had come to expect.

The night’s ceremony began at 7pm in the Round Room in Dublin’s historic Mansion House and continued until the small hours.  Last night not only saw competition for individual awards but also competition between award ceremonies.  By quirk of scheduling the eircom Spider Awards were taking place at the same time as the Irish Web Awards with several of the same sites nominated in both ceremonies.

Although judging from the reaction on Twitter the Irish Web Awards’ crowd was somewhat more vocal; even the Web Awards’ accidental hastag – #hoopoff (see below) – was seen trending in Dublin.

We were honoured to take home the Best Technology Site award (Sponsored by BH Consulting), which we jointly won with Silicon Republic; but such things could not stand.  We needed to settle this epic battle of technology websites in the only civilised way known to #webawards12 nominees – a hoop-off.

In other news, there were 28 winners in total last night; with entertainment.ie taking home the Grand Prix as well as the Best Entertainment Website award.  DublinTown.ie also took home two prizes, for Most Innovative Website and Best SME/Small Business Website.  Kooba scored big by becoming the inaugural winner of the Best Responsive Design award, as well as taking away the coveted Agency of the Year award.  You can see a full list of winners here and read the live blog from the night here.

You can see photos of each of the night’s winners over on Ryan Whalley’s pix.ie site (@rymus)

Thanks to @antoniegeerts for some of these photos.