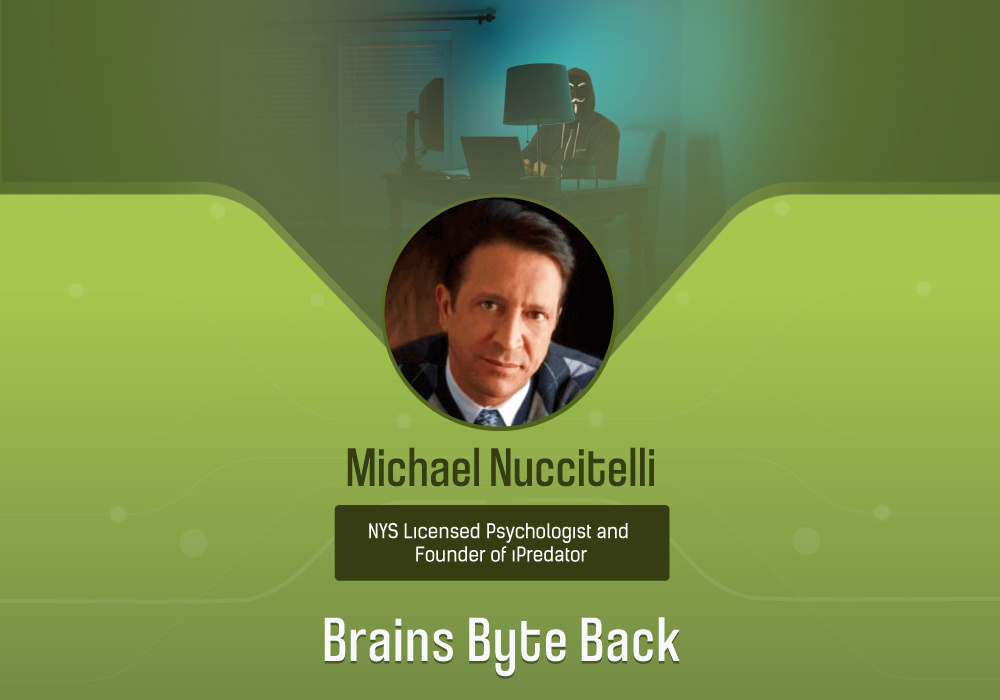 Given the anonymity it provides, the internet is the ideal environment for malevolent individuals to conduct business without repercussions or fear of being identified.

In light of this, the internet has given birth to dark online activity that wouldn’t have been possible in the days before the internet and has become an extension of the dark side of human psychology.

To explore this realm further, along with the psychological motivation of these individuals, we are joined by Dr. Michael Nuccitelli, an NYS licensed psychologist, cyberpsychology expert, and internet safety educator. He is also the founder of iPredator Inc which offers the private & public sectors free educational and advisory services regarding internet predators, cybercrime & cybercriminal psychology.

With his career in psychology spanning back to the mid-90s, Dr. Nuccitelli spent many years working as a forensic psychologist fascinated by the dark side of human consciousness. In 2009 he published his concept of iPreditor, which aims to understand the psychology of online criminals and psychopaths, and analyzes the methods they use to carry out their crimes and actions.

In this episode, you will learn about the psychology that underpins psychopathy, how online psychopaths operate and how they are distinct from your average psychopath that existed before the internet.

Additionally, Dr. Nuccitelli shares his own experience of being harassed and trolled online while conducting and publishing his theories and research, which shaped his concept of the troll triad — a concept exploring the psychology behind online trolls which is lightly based on the work of Carl Jung.

And finally, Dr. Nuccitelli discusses the current limitations of the legal system in bringing down these spiteful online individuals, and why many attempts to bring justice to them rarely result in convictions or legal consequences.