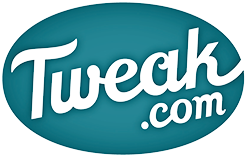 The Kerry-based Tweak allows users and businesses to design and create customisable press advertising and marketing material online. This is the latest in a long line of prestigious awards earned by Kennelly during his career.  His previous start-ups, Stockbyte and Stockdisc, were sold to Getty Images for $135 million.

Speaking about this year’s awards Joan Mulvihill, CEO of the Irish Internet Association said, “All of the winning businesses have proven their commitment to excellence in this fast-paced and dynamic sector. Unlike any other awards, all those shortlisted were voted winners by their peers showing the best spirit of competition, community and collaboration.”

David Curtin, the CEO of IE Domain Registry, which was the main sponsor of this year’s awards described the winning companies and individuals as the “best of the best” of the industry in Ireland.

Along with the top prize, there were 14 other categories in the 2011 awards, including five new accolades. This year’s winners range from digital start-ups, to rookies, to more traditional businesses.

First up were McCabes Pharmacy, which won the Best Breakthrough Brink to Click Award. This award recognises an ‘offline’ business that has made significant moves online.

The Best Cloud Service Award went to SortMyBooks (linkedin | @sortmybooks), for their a cloud based accounting software.

Best Online Trader was won by the Wexford-based Rainbusters (@rainbusters), who specialise in creating rainware for kids.

Those were the winners on the night, click here to see a full list of nominees, sponsors, and categories.