HomeBusinessWhat Do AR and VR Mean For Your Brand’s Content Strategy?
BusinessTechnology 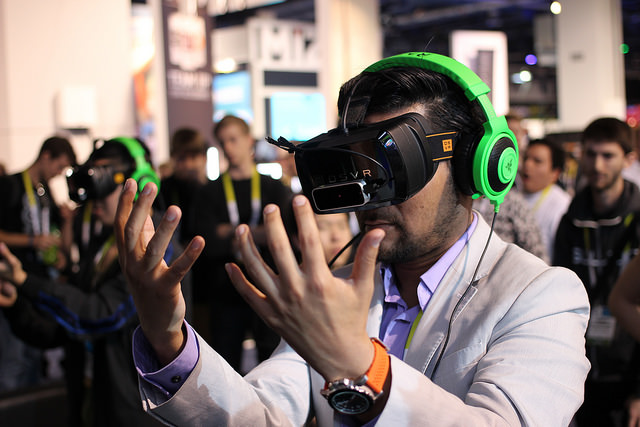 Yes, the world of content marketing is changing at a fast clip, racing to keep up with technological innovation. Video has long been solidified as one of the most powerful tools at a marketers disposal, regardless of the device or channel. But what of virtual reality (VR) and augmented reality (AR)? Do they merit serious consideration?

Written off by many as fads, but heralded by others as the future, in this piece we’re going to investigate what places (if any) AR and VR should have in your brand’s content strategy.

The current state of VR/AR technology

VR systems have grown significantly in popularity and affordability in recent times, but they’re still far from being mainstream. You can access VR media, games and utilities through the following setups:

Because the high-end headsets are expensive and require powerful systems, and the lower-end options are uncomfortable and driven by smartphones that aren’t designed for that kind of task, VR isn’t yet close to achieving widespread popularity. (You can watch 360-degree videos in 2d, but the appeal really isn’t there.)

AR is a different matter, however. From comical Snapchat filters that give you wacky sunglasses to apps and games that virtually place 3d models in real-world situations (think about how Pokemon Go was a worldwide topic of conversation for a short while), AR is supported fairly capably by most smartphones on the market.

There’s a great deal of scope in what you can do with VR/AR content in theory, but there are a couple of content types that you’ll see more often than others. AR has gimmicks, and VR has locations:

These content types are the most common because they’re easy to produce. Basic AR overlays don’t necessarily require all that much development expertize, and a combination of software such as Google’s Tour Creator and commercially-available 360-degree cameras allows you to straightforwardly create immersive content.

If you want to do something that’s neither a gimmick nor locational in nature, such as build some kind of sophisticated VR/AR game or personalized experience, you’re going to need to bring in a developer or commit a lot of time to acquiring some niche skills.

Content marketing is all about adding value in some way, whether through informing, entertaining, or enabling action. VR/AR content is no different. Brands such as Oreo have released 360-degree videos in CGI environments for promotional purposes, hoping to entertain and thus drive more sales, while retailers such as Ikea as well as design companies such as Decorilla have invested heavily in more complex and actionable AR apps.

Think about what you currently try to achieve with standard content, then consider how much you might bolster that effort with VR/AR content. If your brand is an ecommerce business, then customer experience (CX) is a vital concern — could you improve it with VR/AR?

CMS-provider Shopify has bet on this technology being transformative for the online retail world, attempting to differentiate its software for creating webstores from competitors by outwardly supporting experiential retail and encouraging developers to pursue 3d modeling as a career path.

As noted, complex VR/AR content is challenging not only to design but also to build. Development frameworks like Apple’s ARKit are making things easier, but we’re still in the early stages of what can be achieved. We’re unlikely to see real strides until the hardware settles.

Because of this, while the future of branded VR/AR content might lie in rich personalized customer experiences, representing real-world items and information in virtual settings (immersion being a key component of experiential retail), I simply can’t say that I think it’s something the average brand could — or even should — pursue today.

Try looking at VR/AR as something to be experimented with on the side, an accessory to add to your main content strategy on occasion when the stars align, and seek to engage with your customers to learn about their thoughts on the technology.

And in acknowledging the inevitability of VR/AR changing the retail world, make sure that your other content is doing all it can do, because only the best work will retain value when VR and AR change the game.

Kayleigh Alexandra is a content writer for Micro Startups — a site dedicated to giving through growth hacking. Visit the blog for your latest dose of startup, entrepreneur, and charity insights from top experts around the globe.
view all posts