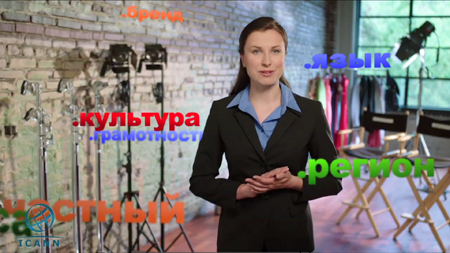 On June 13 2012 the body that manages the development of the internet, the Internet Corporation for Assigned Names and Numbers (ICANN), will reveal details of the biggest change to the structure of the internet since its creation.

This will mean that companies such as Google will be able to register website domains which will end with .Google (for example www.plus.google) or .Gmail.

The application process has been largely secret but some parties have revealed their intention to register their own gTLDs. We already know that .NYC, for New York City, .doctor, .bank, .lol, .secure, .click, .baby, and .insurance have been submitted to ICANN. Google says it also wants to register .youtube.

Michele Neylon (@mneylon), the MD of the ICANN accredited domain registrar and hosting company Blacknight, describes the impact the new gTLDs will have on the web.

“This process has been underway for years. As a registrar, this is a very exciting time and we are on pins and needles waiting for the reveal.

An avalanche of New TLDs will change the way we use the Internet as well as how we use search. While the big reveal still won’t tell us which TLDs will definitely make it to use, it will show us the range of possibilities and inspire future applicants.”

The process has indeed been under way for years and has been somewhat controversial. Some argue that the new TLDs will confuse web users while others are critical of the secrecy surrounding gTLDs. Many have criticised ICANN for the perceived undemocratic nature of gTLDs – submitting a proposal for a gTLD costs $185,000 (€147,480) and each successful domain would cost $250 000 (~€200,000) to maintain during the domain’s minimum 10 year lifespan.

“The Web is about to enter a new era, one rife with increased risks from cybersquatters, counterfeiters and trademark infringers. Though many have faulted ICANN’s new program, gTLDs are rolling out regardless; the mandate falls on CMOs and legal advisors to defend brands and marks accordingly.”

ICANN has put in place processes to allow brands and companies to have gTLDs that infringe their rights taken down. These include a “Uniform Rapid Suspension System,” where there is a clear case of infringement, and a “Uniform Dispute Resolution Policy” where two or more parties have a reasonable claim to a domain name extension.

The Big Reveal on Wednesday will only be the start of another long process of approving and rolling out the new domain names – Blacknight says we could expect to see some of these domains available to register in 2013. Part of the process will require technical changes, to allow domains to resolve correctly, but perhaps the bigger challenge will come from the land grab. Competing bids for the same gTLD (e.g. who should get to use .amazon – the Brazilian, Colombian, Peruvian governments or the online retailer?) will likely slow down the release of some domains.

Either way, the internet is about to become a lot busier.

The announcement will take place in London at 12 noon and will be streamed live on the ICANN website.