Who wants to see Twitter’s new office in San Francisco? 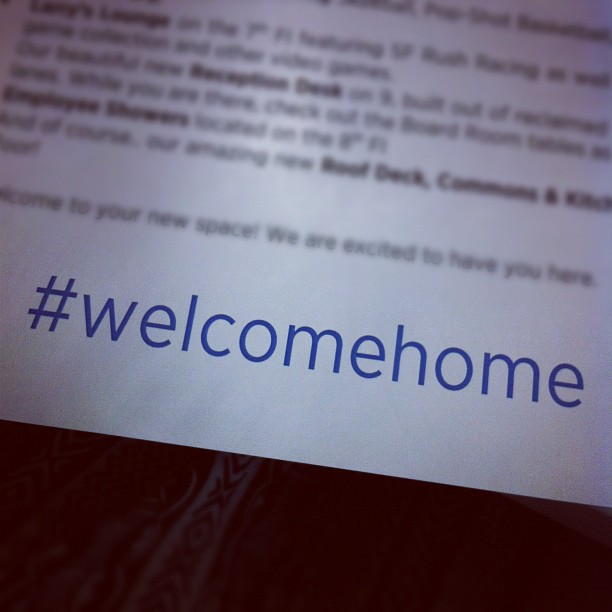 While the eyes of the world were on Apple’s World Wide Developer Conference something else was taking place in San Francisco – Twitter was moving office.

Twitter has remained in San Francisco, insisting that the company’s roots were in the city and would remain there in the future, but moved from 795 Folsom Street into its new offices on 1355 Market Street.

As you’d expect from the offices of a major social network, Twitter San Francisco looks like a great place to work. Not least because of the roof garden and abundant pinball machines.

With the office opened today Twitter’s staff have been tweeting their first impressions of the new space.

lunchtime at the new me twitter.com/twoffice/statu…

More images are available on Foursquare.

“We’re especially pleased to benefit from the considerable effort Shorenstein has taken to revitalize not only a beautiful landmark property, but a corner of the City that had fallen on hard times.”

This is another good sign coming from Twitter; which, in the past year, has opened offices in London and Dublin. Speaking at the Dublin Web Summit in October last year Twitter’s UK Manager, Tony Wang (@tonyw), was bullish about the company’s future expansion stating that it was now large enough to maintain multiple offices and further expansion. Of which this looks like another sign.