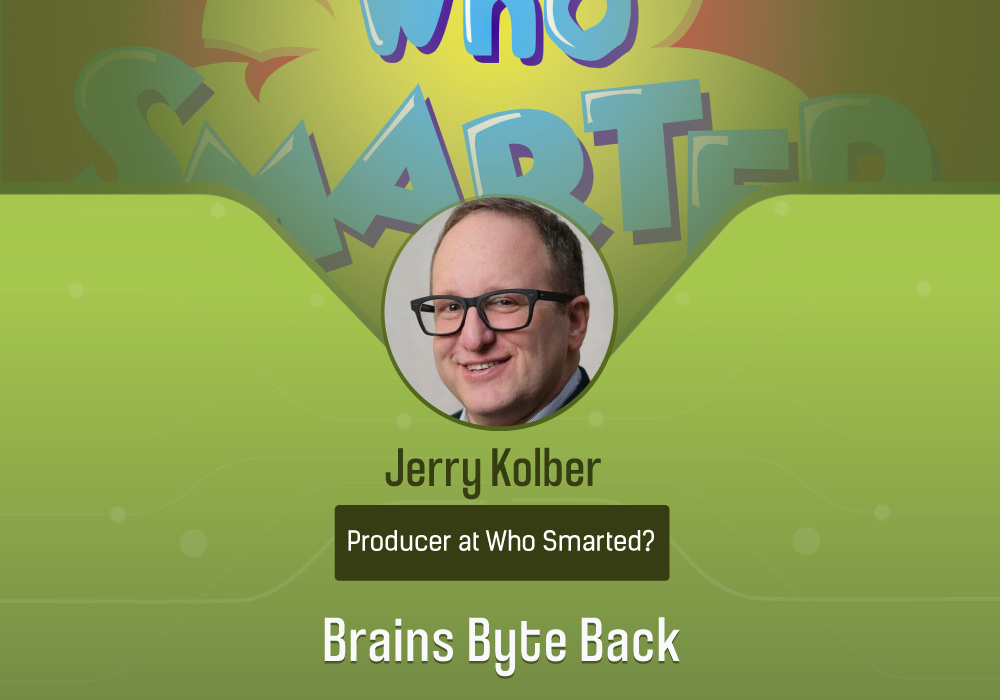 When the pandemic hit, Jerry Kolber, co-creator of National Geographic’s Brain Games and Netflix’s Brainchild, alongside his producing partners discovered they had two things at hand, a lot of time and a lot of ideas.

As a result, they used the ideas they had for their future TV projects and created “Who Smarted?”, a podcast for curious 6 to 10-year-old kids, using narrative, humor, and fun to teach science and history.

The podcast became a huge success a later went on to receive 4 million organic downloads in a year.

In today’s episode, we sit down with Kolber and discuss how his work in theater doing off-broadway theater started his career in content creation, which later moved into the space of television.

Kolber shares how, when they started the podcast, it took a while before they built up a listenership. So much so that initially they feel like they were creating a podcast for nobody.

We also explore why Kolber advocates that the show has been a success because it is mission driven, passion drive and quality driven. Alongside why you need to offer a unique point of view, something useful for your audience, and a high level of quality in order to create a hit show.

Kolber also explains why finding your niche is so important for podcast success and why niche media mentions create a larger bump in listenership than mentions in broader, more well-known publications or outlets.

And finally, Kolber shares his experience on the Palmetto Debate Squad with US Supreme Court member Ketanji Brown Jackson, when the two were in high school together.