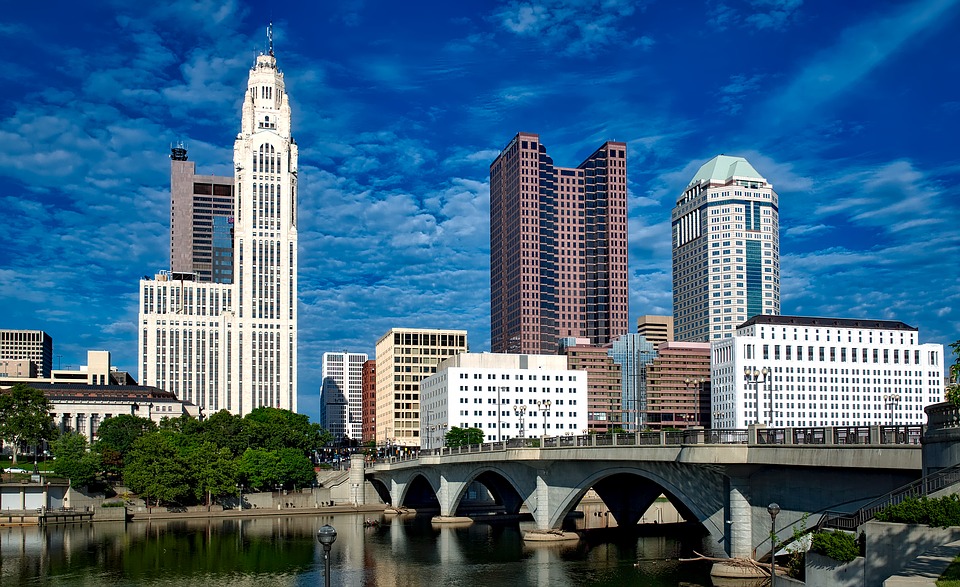 Ohio is a state bursting with startups, so much so that it seems a new accelerator is popping up almost monthly in the Buckeye State.

Google “Ohio accelerator” now and you’ll find at least two new accelerators to come out of Ohio in the past two months alone. That’s not even counting some of the more-legacy organizations that have already been firmly established in the startup ecosystem.

Helping to fuel Ohio’s startup scene in the Cincinnati area, StartupCincy is a community-driven support system that provides “perspective over the region’s innovation landscape, uncovers professionals that can design a strategy for your company, and helps you connect with like-minded entrepreneurs.”

The StartupCincy website is a treasure-trove of resources for any aspiring entrepreneur with access to accelerators, incubators, co-working spaces, and more.

Community-based support in Ohio is not just limited to Cincinnati, although Cincinnati also enjoyed exceptional growth between 2015 and 2016, jumping from 35th place to 16th out of 40 metro areas in the Kauffman Index of Entrepreneurship.

In addition to Cincinnati; Akron, Dayton, Cleveland, and Columbus have all transformed themselves in “The Great Midwestern Tech Startup Surge.”

Ohio’s major cities have left behind their post-industrial Rust Belt days to re-emerge as national leaders on the startup scene, which led Forbes to consider Ohio “the best state in America to launch a startup.”

According to Falon Donohue of VentureOhio as reported by Forbes, “What makes Ohio a great incubator for early-state startups is its unmatched access to customers and talent.”

“Ohio is home to 59 Fortune 1000 companies who are beginning to build out their innovation strategies and lean in to support local startup communities. Ohio is also home to over 200 higher education institutions graduating talented engineers, finance professionals and entrepreneurs into the community each year,” added Donohue.

Ohio’s startup-friendly cities can boast a lower cost of living than those in California or New York, are home to seven major league sports teams, and carry an entrepreneurial spirit combined with great food and fashion.

It is with all these incentives and more that accelerators like Columbus’s 10X has been around since 2011 and has churned out successful startups like LEAPIN Digital Keys for security in the hospitality industry; Imagry, which uses image recognition to visually search online indexed images for similar items; and MoveEasy that is disrupting the moving industry and powering moving companies to increase their sales output.

MoveEasy CEO and Founder Venkatesh Ganapathy praised Ohio for its dedication to the startup ecosystem saying, “We love being part of the burgeoning Ohioan startup scene, which is now taking off in previously unseen ways.”

“We are excited to help lead the way for other would-be startup founders in this great state. Sure, it might not be as well known as Silicon Valley, or Austin, but the potential and talent is here, particularly in cities like Columbus, Cincinnati, and Cleveland. Ohio is a great state for entrepreneurism and it’s great to see that finally being recognized.”

Not to leave out another major contributor to Ohio’s startup success — Cleveland is also enjoying economic resurgences due to growth in its startup sector. Cleveland’s industrial past has paved the way for a comeback in tech, with accelerators like JumpStart taking startups and scale-ups to the next level, and plenty of other organizations in co-working spaces, incubators, and Venture Capital within the city.

I haven’t even touched upon some of the other successful accelerators doing great work in Ohio, such as The Brandery,  the Akron Global Business Accelerator, and Flashstarts — all of which have been long-established in their respective communities.

Ohio is pumping out startups like they were growing on Buckeye trees. This is due to all of the incentives that make Ohio a great place to not just to grow a company, but to live a comfortable yet fulfilling life where the entrepreneurial spirit has fully washed away its former Rust Belt status with a heavy dose of WD-40.