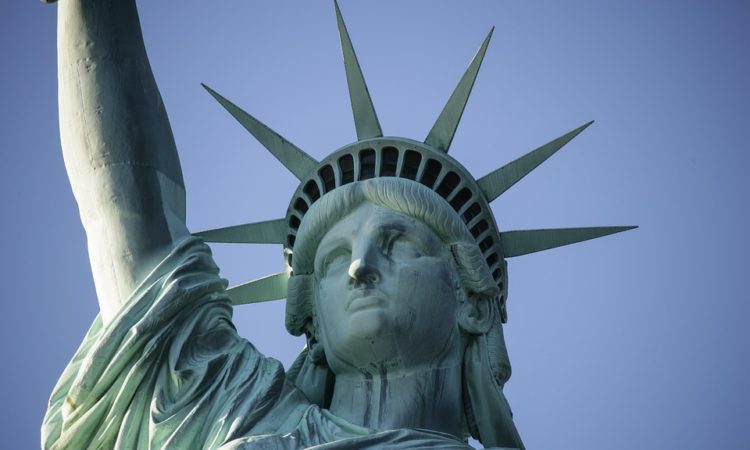 Immigration is one of the hottest topics in the news today, and while the United States seems to be divided on how to handle the large populations of people who are fleeing their home country due to war, famine or political and social unrest, many small and large companies are looking for specialized skills and talents that are not prevalent in the United States.

That’s where the O-1 Visa comes in. To qualify for the O-1 Visa, an individual must have extraordinary talent in their profession and pass tough criteria that are posted on the U.S. Citizenship and Immigration Services website. This is a difficult visa to qualify for and the companies searching for these remarkable individuals often choose to hire a less qualified employee due to the high legal cost and uncertainty of bringing an immigrant to America.

Read More: The Future of DACA? Interview with Mike Galarza

With over one million legal immigrants entering the United States every year, a specialized system is needed to organize all the legal paperwork, as well as, help companies and individuals with what comes after the immigrant arrives on U.S. soil.

Most of us take opening a bank account, going to the dentist or finding a grocery store in our neighborhood for granted. To those who are new to this country, some sort of assistance is needed either due to a language or cultural barrier. Whether it is through a personal recommendation from a co-worker or a trusted website they can easily turn to, immigrants seek relief from the overwhelming number of choices presented to them in addition to the responsibility of their new jobs, which is what brought them to the United States in the first place.

This is why CEO and Co-Founder, Liran Rosenfeld created PassRight, a one-stop shop software service where companies and individuals come together for the purposes of hiring and relocating talented immigrants to the United States.

“Our vision at PassRight is to disrupt the hiring process in a positive way,” says Rosenfeld. “U.S. companies are thirsty for fresh talent. But when a candidate is applying without a visa, the talent is not interesting anymore.”

As someone who grew up in Israel, Rosenfeld always believed in the American dream, but it wasn’t until he immigrated to this country that he learned of the difficulties associated with obtaining a Green Card. Still, he persevered in his journey, knowing that the United States was “a land filled with opportunity… the true pinnacle of culture… a democracy in the truest sense of the word.”

After dealing with legal and financial woes, the entrepreneur in Rosenfeld rose to the occasion and decided he could do something to help those immigrants who would come after him. While PassRight is currently focusing on the employment visa categories they do hope to eventually include other immigration routes.

For talented immigrants and companies seeking to hire them, PassRight might seem like the perfect solution. However, there is a negative side to it.  O-1 visa is an open-ended invitation to work in the United States, but it can only be extended if the applicant continues to work in their field and have a petition sponsor. If the job ends or the immigrant changes employers, they need to file a new application that may be denied causing the immigrant personal and professional loss.

PassRight could be a great tool for immigrants and companies searching for an immediate solution to high profile jobs, but in the long term, this could result in a financial and emotional loss for both. According to one green card site, “the burden of an O-1 visa petition rests with the petitioner.” Therefore, if enough evidence is not provided to satisfy the criteria, the application will be denied.

To its credit, PassRight does more than the average immigration software. It tracks legal documents and intuitively shows what legal actions need to be taken and their deadlines. The software also offers recommendations for services like accounting, schooling, banking, medical and more; all based on the applicant’s age, gender, country of origin, and other specifications.

PassRight even vets the businesses and law firms they partner with, so the immigrant can be sure that they won’t be taken advantage of or cheated while they are new and vulnerable in this country. Practically a steal at just $39 to get started, “it’s like a Costco for immigrants,” Rosenfeld boasts. “It’s the only one-stop shop where immigrants can get everything they need all in one place.” Of course, that price doesn’t cover the cost of legal fees or any other paid services, but with just five law firms onboard, PassRight has already helped over eight hundred immigrants that have enjoyed a remarkable 99% application success rate.

What makes PassRight unique from other immigration companies and law firms?

PassRight stands out due to its user interface and tech capabilities. There is no other company that takes care of the visa process from the software perspective, legal and later also connects the person that does the relocation to all of the other quality services.

What impact do the current immigration system and the implemented changes that the President has made recently have on PassRight?

There are two sides to immigration. There are horrible things happening but we have nothing to do with that. We have nothing to do with family immigration. We are trying to help talent. That’s why we focus on the O-1 visa for critical roles in companies and people who have won awards. We’re bringing a positive impact on immigration. In general, I think that the U.S. is kind of harsh in its ways, but it also does a very good job of infiltration. I don’t want to take any political sides. I love this country.

What would you say to those Americans who feel that there are already too many immigrants in this country and they might not want the immigration process to be made easier for more immigrants to come in?

Rebranding the word “immigrant” to something good is really important. I think the way the government stipulated the O-1 visa is perfect. If you’re a go-getter, if your a maker, if you’re an inventor, if you’re unique, there’s always a place for you here. There should always be a place here for professionals who support the economy. 51% of unicorn companies are started by foreign founders, so there’s no doubt that immigrants contribute to and support the economy. There shouldn’t be a limit to bringing talented people. Diversity is what this country is all about.