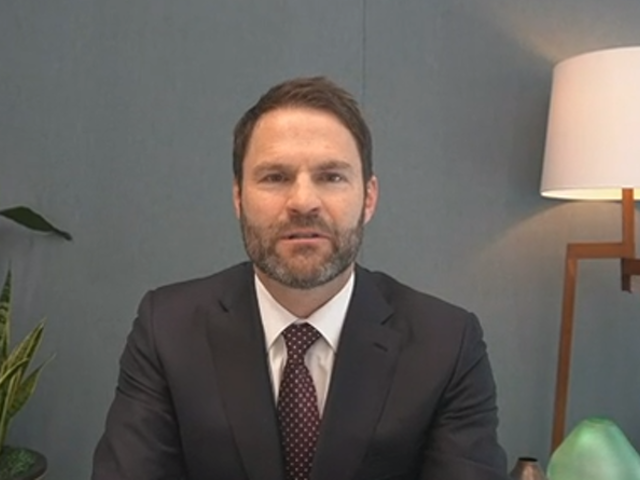 Senators grill a Google exec over what they call a double standard where Google punishes publishers over their users’ comments while the big tech giant itself is legally immune from the same practice.

On June 16, Google threatened to demonetize The Federalist news outlet on the grounds that readers were leaving “racist” comments that advertisers didn’t want to be associated with.

“Section 230 is helping many publishers deal with the fact that they shouldn’t be legally responsible for the comments that are uploaded to their system” — Don Harrison, Google

“In explaining its decision, Google said it found comments made on Federalist articles to be dangerous or offensive, and demanded the comment section be removed,” according to the Washington Times.

However, Google’s President of Global Partnerships and Corporate Development Don Harrison, testified before the Senate Judiciary Subcommittee on Antitrust on Tuesday that Section 230 of the Communications Decency Act of 1996 was a good thing because it had protected platforms and publishers from scrutiny over user commentary.

While Google currently enjoys the protection of not being held legally liable for commentary made by its own users, the big tech giant will demonetize publishers that don’t regulate or remove their users’ comments.

“The Federalist had comment boards that had commentary in it, some of which our systems made clear was racist commentary, and we’ve been clear in our policies that our ads can’t show up next to that kind of commentary” — Don Harrison, Google

Chairman Mike Lee asked Harrison why Google would demonetize The Federalist and treat a customer in such a way “unless it was confident that its customers had no viable alternative” as he accused the tech giant of holding a “double standard.”

Harrison responded, “In the case of The Federalist, The Federalist had comment boards that had commentary in it, some of which our systems made clear was racist commentary, and we’ve been clear in our policies that our ads can’t show up next to that kind of commentary.

“We did try to work with The Federalist, and there are a bunch of options available to a company in this situation,” he added.

The Google exec suggested three ways that publishers like The Federalist could avoid being punished by Google over user commentary:

According to Harrison, The Federalist was targeted only because of its readers’ comments — not anything The Federalist produced or published — and that the alternatives were to either ban comments altogether, moderate/censor them, or make them more difficult to access — all of which discourage real engagement.

This means that publishers have to make their sites Google-friendly if they want to make money through Google Ads, because if they don’t, they could be punished by the platform that dominates 90% of all search and the majority of all ad revenue on the web.

“Section 230 is a helpful part of making sure that publishers and platforms can stay operating even in a world where they may have comments sections and people can upload to those comments sections” — Don Harrison, Google

Harrison let slip Google’s “double standard” when it came to protections for publishers. The big tech giant isn’t held accountable for its own users’ commentary, yet it forces its clients to regulate theirs.

“Section 230 is helping many publishers deal with the fact that they shouldn’t be legally responsible for the comments that are uploaded to their system,” said Harrison.

“And so Section 230 is a helpful part of making sure that publishers and platforms can stay operating even in a world where they may have comments sections and people can upload to those comments sections,” he added.

On the one hand, the Google exec is saying how great Section 230 is in making sure publishers and platforms don’t get punished over user commentary.

On the other hand, Harrison is saying that while Google enjoys that protection, it will punish publishers over user commentary, like it did with The Federalist.

On the surface, Section 230 is a legal matter, and Google’s policies are a private company matter. The debate of big tech companies being platforms or publishers continues.

While Google is currently shielded from legal punishment over what its users say, Google’s own customers don’t have that same luxury, and news outlets big and small can lose their Google Ad revenue because of what their readers say.

This is why competition is important. When a customer is unhappy with a service, it can simply choose a competitor, and competition is meant to level the playing field.

But when the playing field doesn’t appear to be level, this is where antitrust investigations begin.

“I think that when people search for things, sometimes they use our product, which is a general search engine, but more often they use many other types of apps and experiences to find what they are looking for” — Don Harrison

Last year, Google raked-in more online ad revenue than any other company in the US with $41.8 billion, according to eMarketer. Facebook was next with $29.95 billion, and Amazon came in third with $10.32 billion.

Even with a demanding lead, Google claims that the ad market is saturated, that there is plenty of competition, and that it is not a monopoly, nor does it engage in anti-competitive behavior.

Harrison testified that if customers are unhappy with Google, they can choose a competitor.

“They have options to go to other advertising solutions if they think that our solutions aren’t working,” said the Google exec.

Chairman Lee argued that Google does whatever it wants because it knows it doesn’t have any real competition.

“Aren’t you using your monopolies in search and video in order to boost and maintain a monopoly in the ads space?” — Senator Josh Hawley

When asked by Senator Josh Hawley if it was correct that Google controlled approximately 92 percent of the market for search, Harrison replied, “No, I don’t agree with that at all.

“I think that when people search for things, sometimes they use our product, which is a general search engine, but more often they use many other types of apps and experiences to find what they are looking for,” the Google exec added.

Senator Hawley told Harrison, “Here’s my point. In order to advertise on either of those dominant platforms [Google search and YouTube], you have to use a Google Ad platform.

“That gives you an enormous advantage in this ad stack that you control every single layer of. People come to you on the supply side and on the demand side because you control so much inventory, so much space, and also because you have so much data, which you have collected through your consumer-facing applications like gmail — and search for that matter — G Suite, etc.

“So, aren’t you using your monopolies in search and video in order to boost and maintain a monopoly in the ads space as well?” Hawley asked.

Harrison responded, “No. I think the right way to look at whether a market is functioning is to ask yourself, ‘Are there lots of competitors? Are there lots of choices? Are prices falling?’ and I think when you look at online advertising, you’ll see that there are a lot of companies that are doing very well.”

The Google exec said that Google was not a monopoly because it had competitors.