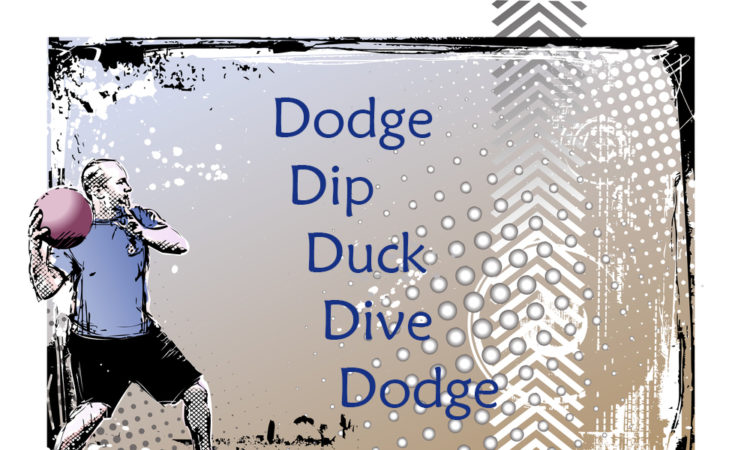 Today, some 20,000 people on YouTube tuned-in on to a Congressional hearing where the CEOs of Google, Facebook, Apple, and Amazon attempted to convince the House Judiciary Committee that they didn’t engage in anti-competitive practices.

Amazon CEO Jeff Bezos wasn’t even asked a single question before the first recess was called due to technical issues, and prior to that most of the attention was directed towards Google CEO Sundar Pichai and Facebook CEO Mark Zuckerberg, with little input from Apple CEO Tim Cook.

The hearing took many turns to address censorship, extremism, and the Chinese threat, but anti-competitiveness was a hot topic from the get-go.

In their responses, the big tech CEOs took a page right out of the fictional “5 Ds of Dodgeball: dodge, duck, dip, dive, and dodge” as they deflected, dodged, or denied accusations of anti-competitive behavior.

Some anti-competitive accusations from House members:

This week, The Markup published a report where it examined 15,000 popular search queries and found that Google products and services made up 41% of Google’s first page search results.

The report included that “at least some FTC staffers had concluded that Google’s boosting its own properties in search rankings ‘led to a significant decrease in traffic for the websites of many vertical competitors,’ according to an internal FTC report, half of which was accidentally provided to The Wall Street Journal.”

When asked if Google shows the most relevant results or results that were most profitable for Google, Pichai responded in today’s hearing, “We’ve always focused on providing users the most relevant information, and we rely on that trust for users to come back to Google every day.”

Rep David Cicilline reminded Pichai that when Google stole Yelp reviews and Yelp complained, Google responded by threatening to take Yelp off its platform completely. The chairman asked Pichai if what Google did to Yelp in 2010 could be considered anti-competitive.

Pichai chose not to answer the question and deflected to saying, “We conduct ourselves to the highest standard.”

Without getting much information from Pichai, Chairman Cicilline concluded his time by stating:

“As Google became the gateway to the internet, it began to abuse its power. It used its surveillance over web traffic to identify competitive threats and crush them. It has dampened innovation and new business growth, and it has dramatically increased the price of accessing users on the internet, virtually ensuring that any business that wants to be found on the web must pay Google a tax.”

“We won’t do any work to politically tilt anything one way or the other. It’s against our core values” — Sundar Pichai

Touching briefly on the subject of election interference, Rep Jim Jordan asked Pichai, “Is Google going to tailor its features to help Joe Biden in the 2020 election?”

Pichai responded, “We won’t do any work to politically tilt anything one way or the other. It’s against our core values.”

Bezos had to wait over an hour and a half before he was asked a single question, but when it came, it came fast and hard.

“[Amazon has] access to the entirety of sellers’ pricing and inventory information past, present, and future, and you dictate the participation of third party sellers on your platform, so you can set the rules of the game for your competitors, but not actually follow those same rules for yourself” — Rep Pramila Jayapal

When asked if Amazon accesses and uses third party seller data in making business decisions, Bezos dove away, stating that he couldn’t give a yes or no answer.

He did say, “We have a policy against using seller-specific data to aid our private label business, but I can’t guarantee you that that policy has never been violated,” which was about the most direct, open, and honest answer that all but admits guilt that any of the witnesses gave.

“You have access to data that far exceeds the sellers’ on your platforms with whom you compete. You can track consumer habits, interests, even what consumers clicked on but then didn’t buy. You have access to the entirety of sellers’ pricing and inventory information past, present, and future, and you dictate the participation of third party sellers on your platform, so you can set the rules of the game for your competitors, but not actually follow those same rules for yourself.”

“We have a policy against using seller-specific data to aid our private label business, but I can’t guarantee you that that policy has never been violated” — Jeff Bezos

“Do you think that’s fair to the mom and pop third party businesses who are trying to sell on your platform?” she asked Bezos.

Bezos was able to blurt out, “I’m very proud of what we have done for third party sellers on this platform,” before Jayapal’s time expired.

Zuck ducks away from concerns of copying & threatening competitors

Prior to acquiring both Instagram and Snapchat, Facebook was developing its own similar apps, but was accused of anti-competitive behavior in threatening companies by either threatening to clone their products or buying them out.

Rep Jayabal asked Zuckerberg, “Do you copy your competitors?”

“Has Facebook threatened to clone the products of another company while also attempting to acquire that company?” asked Rep Jayapal.

“Not that I recall,” said Zuckerberg.

“[Facebook] harvests and monetizes our data and then your company uses that data to spy on competitors and to copy, acquire, and kill rivals” — Rep Pramila Jayapal

Jayapal reminded Zuckerberg that he himself had told Instagram CEO Kevin Systrom that Facebook was “developing our own photo strategy, so how we engage now will also determine how much we’re partners versus competitors down the line,” and that Systrom confided in an investor that he feared Zuckerberg would go into “destroy mode” if he didn’t sell Instagram to Facebook.

“I want to respectfully disagree with the characterization. I think it was clear that this was a space that we were going to compete in one way or another. I don’t view those conversations as a threat in any way.”

Commenting on Facebook’s acquisition of Instagram after deeming it a threat, Zuckerberg said, “I think this is an American success story.”

The Facebook CEO claimed that nobody could predict just how successful Instagram would be, but that one reason why it became so successful was because Facebook was backing it.

Rep Jayapal also asked, “Did you warn Evan Spiegel, the founder of Snapchat, that Facebook was in the process of cloning the features of his company while also attempting to buy Snapchat?”

Rep Jayapal concluded, “When the dominant platform threatens its potential rivals, that should not be a normal business practice. Facebook is a case study, in my opinion, in monopoly power because your company harvests and monetizes our data and then your company uses that data to spy on competitors and to copy, acquire, and kill rivals.”

Cook was spared the hot seat for most of the first half of the hearing, but in the short time he was questioned, he was pressed on why app developers were accusing Apple of arbitrarily making up rules for the App Store review process and selectively enforcing them, making it more difficult for developers to sell their products on the platform.

“With over 100 million iPhone users in the United States alone […] you wield immense power over small businesses to grow and prosper. Apple is the sole decision maker as to whether an app is made available to app users through the App Store,” said Rep Hank Johnson.

“We treat every developer the same” — Tim Cook

“Mr. Cook, does Apple not treat all app developers equally?” he asked.

“We treat every developer the same,” said Cook, adding, “we have open and transparent rules. It’s a rigorous process. Because we care so deeply about privacy and security and quality, we do look at every app before it goes on [the App Store], but those rules apply evenly to everyone.”

“Some developers are favored though over others, is that correct?”

“That is not correct,” Cook testified.

The first half of the House Judiciary Committee hearing today was mostly a lesson in dodgeball, but between the dodges, dips, dives, ducks, and dodges, the hearing offered a glimpse into how the big tech CEOs perceive public concerns about anti-competitive behavior by looking at which questions they avoided and which ones they answered directly.