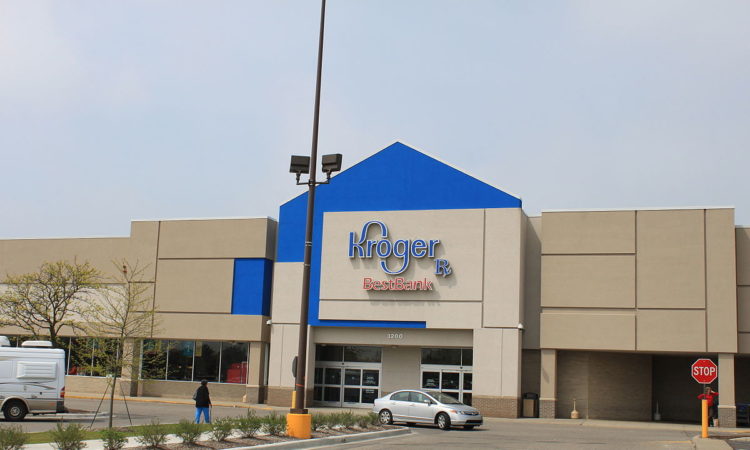 The largest supermarket group in the U.S. – Cincinnati-based Kroger – has announced that a division of the company will no longer accept Visa payments. Could crypto be an alternative?

According to Reuters, Kroger’s Smith’s Food and Drug Stores will cease to facilitate customers payments through Visa from April 3.  The company had already effected a ban through its Foods Co. division.  The rationale behind the move is the high fees that Visa charge on each Visa-based payment.

Back in August, Foods Co. told Business Insider that the fees Visa were charging were “the highest of any credit card brand”.  In its statement, the company indicated that savings would be passed on to customers.  At the time, a spokesperson for the company confirmed to Bloomberg that “it’s pretty clear we need to move down this path, and if we have to expand beyond Foods Co., we’re prepared to take that step.”

Foods Co. is limited in it’s reach, accounting for only a handful of Kroger’s 2,778 stores.  Visa suggested that it would “remain committed to working with Kroger to reach a reasonable solution.

However, it seems that the two companies could not reach agreement as Kroger has now acted on its intention to expand the ban on visa payments.  There are 132 Smith’s Food and Drug stores in operation.  Kroger’s Chief Financial Officer, Mike Schlotman clarified the company’s position on the matter:

“At Smith’s, Visa’s credit card fees are higher than any other credit card brand that we accept.  Visa’s excessive fees and unfairness cannot continue to go unchecked.”

It’s likely that these moves are brinkmanship on the part of Kroger, in an effort to force Visa to offer the company a better deal.  The very same scenario played out in Canada in 2016 between Walmart and Visa.  Seven months later, agreement was reached between the two companies.

On both occasions, Visa has expressed the same view.  A spokeswoman for the company stated that “it is unfair and disappointing that Kroger is putting shoppers in the middle of a business dispute.”

Bitcoin as a Potential Solution to the issue?

News of the Kroger Visa ban has been perceived as an opportunity in cryptocurrency circles.  Many are speculating as to whether Kroger would be more inclined to facilitate Bitcoin payments in light of the dispute.  A suggestion to do exactly this was made to Kroger’s Twitter account with the supermarket group responding that it “would share this [idea] with [its] Leadership Team”.

Anthony Pompliano, a well known and influential figure in the crypto and blockchain space called out to anyone who could facilitate an introduction with Kroger’s leadership team.

Grocery store @kroger is stopping acceptance of @Visa in over 250 stores because of network fees.

Who knows someone on the leadership team there?

The Morgan Creek Digital team will fly to meet them and get them hooked up with the Lightning Network nationwide. ???

The power of social media was demonstrated as Pompliano received a response from a product manager from Kroger Digital’s team.  An initial call was arranged and Pompliano was enthusiastic with regard to the outcome.

Just finished up first call with someone on Kroger Digital team.

The Morgan Creek Digital CEO is pitching the supermarket group a Bitcoin solution that would utilize the lightning network.  In recent times, Bitcoin itself has hit a scaling issue which makes it cumbersome and impractical for day to day transactions – particularly for small amounts.

The lightning network is a layer 2 protocol that runs on top of the Bitcoin blockchain.  It involves a peer to peer network that provides for Bitcoin micro-payments through a system of bidirectional payment channels without the handing off of the custody of funds to a third party.

Kroger has focused on building up its mobile payment and co-brand card offerings in recent times.  With that it is encouraging customers affected to utilize the Bancorp-issued  1-2-3 Rewards World Mastercard as an alternative.  Its strategy has been to increase customer engagement whilst lowering card processing costs.  As a consequence of the migration to ‘chip and pin’ technology in 2016, the company sued a number of card companies due to the fees charged.

There is no information to suggest that Kroger have had plans to implement a lightning network based payment system.  However, the company’s spat with Visa does represent an opportunity for lightning network to gain more traction.  Negligible fees related to micro-transactions has been one aspect that lightning-based payments seeks to achieve.  This push-back against Visa indicates that there is a use-case to fulfil.  However, it still remains to be seen if Kroger will warm to the idea.