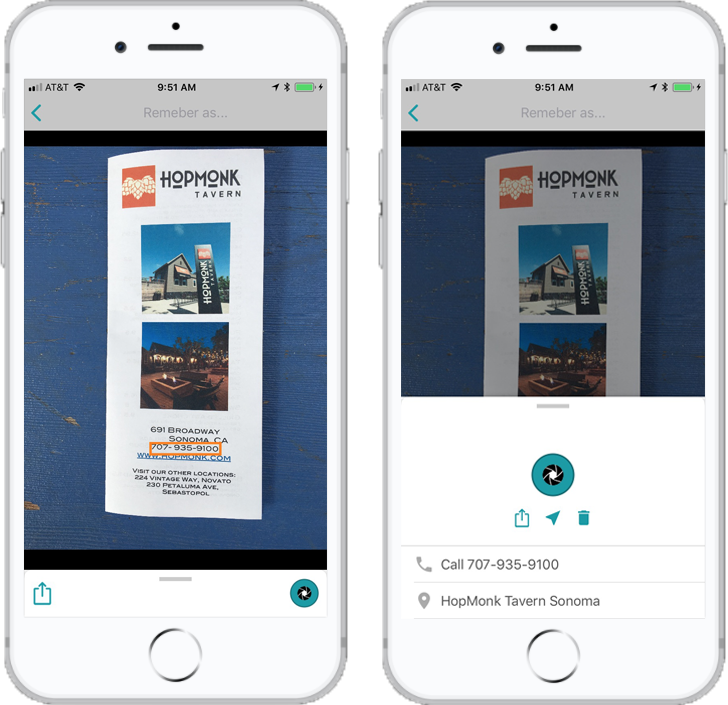 Retana, an AI-powered camera application, today announces the launch of its iOS app which allows users to easily search and extract information from their digital camera rolls. The app recognizes text, objects, phone numbers and email addresses in photos, giving users the power to transform visual information into searchable and actionable objects.

Retana works like a camera app, maintaining its own searchable library of photos which are securely backed up on the cloud. However, unlike traditional camera rolls, Retana uses AI and natural language understanding to analyze photos for text, objects and other defining attributes that might be used to search for the photo later on. Users can then include additional tags and search for the photos using both text and a hands-free voice assistant, eliminating the need to manually organize and hunt for photos hidden deep in their camera rolls.

Moreover, the app frees visual information which would otherwise be trapped in photos — such as street addresses, place names, phone numbers and email addresses — making it easily actionable within the app. If users take a photo of a business card, for example, the app instantly recognizes the phone number and allows users to call without ever having to type it in.

Thanks to higher quality smartphone cameras, people are now taking more than 1.2 trillion digital photos per year. With a growing amount of photos stored on phones, it is therefore proving harder for people to organize their photo libraries or find specific photos. Rather than having to scroll through endless photos to re-find that one picture of the wifi router, for example, the Retana app extracts and stores this information directly from the photo, saving time and stress whenever someone asks for the wifi password.

“Computer vision is going to enable us to work better, shop better, and quickly get information about the world around us. Retana is the first step to turning your camera into a visual assistant,” said Juan Soberanis, CEO of Retana.

Retana’s mission is to bridge the visual world with the digital world in order to help people be better informed and more productive. Just as AI is assisting more people in other aspects of their daily tasks, now it can be used to bring intelligence to people’s cameras, too.