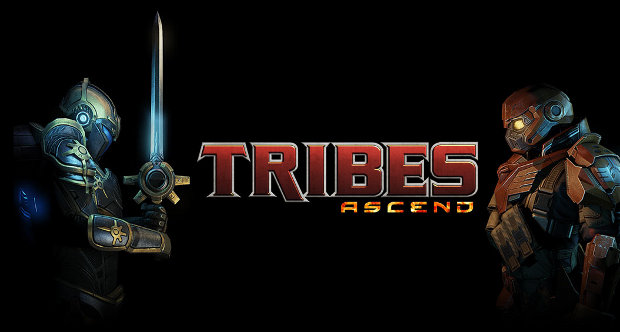 Dating back to the original Starsiege: Tribes video game that launched in 1998, the series has been very successful with the latest installment, Tribes: Ascend, a successor to the great Tribes 2, using a modified version of the Unreal Engine 3.

The online-only game features no single player campaign but instead focuses on competitive multiplayer game-play.

In Tribes: Ascend the main two factions you’ll be playing as are the Blood Eagles and the Diamond Sword. Game-play wise there are no differences or advantages in choosing either side. The only real differences are appearances and voice.

Tribes is a change from the normal run and gun shooters of today. The game features jump packs and skiing allowing players to reach incredible speeds of over 200 miles an hour if the player is quite adept.

Yes, you can still run around if you like, but be warned – if you’re static or slow, you will not survive!

The game features quite a few different modes, such as Team Deathmatch, Arena, Capture and Hold and the most prominent one, Capture the Flag.

The game is also class-based; there are three distinct types of armour: light, medium and heavy. Each fulfill a unique roll; a high speed flag capper, a plain soldier or a long range artillery unit respectively.

When you start the game you receive three free classes initially, the Pathfinder, Soldier and Juggernaut. The rest can the unlocked using experience points or gold. Experience points are earned by playing the game and the gold is in-game currency purchased with real money.

All in-game upgrades are available to purchase using experience points or gold, meaning there’s no distinct advantage using one or the other. There are no special upgrades to be had by spending real currency on upgrades.

There are very few hit-scan weapons as found in other FPS games, and the projectile path of a weapon’s round is rendered on screen also, so it’s possible to avoid being shot if you move fast enough.

There are three vehicles in the game – the Grav Cycle, Shrike and Beowulf – which can be purchased using the vehicle station and credits earned by completing in-game objectives.

Vehicles add variety to the game although they’re not seen that much as players tend to focus on infantry combat. This, however, does not take away from their functionality as anyone that has come face-to-face with a Beowulf will tell you.

If an online FPS with a twist takes your fancy, be sure to give it a try – it’s free after all.