The Sociable2 years ago4 Commentscryptostartupsventure capital 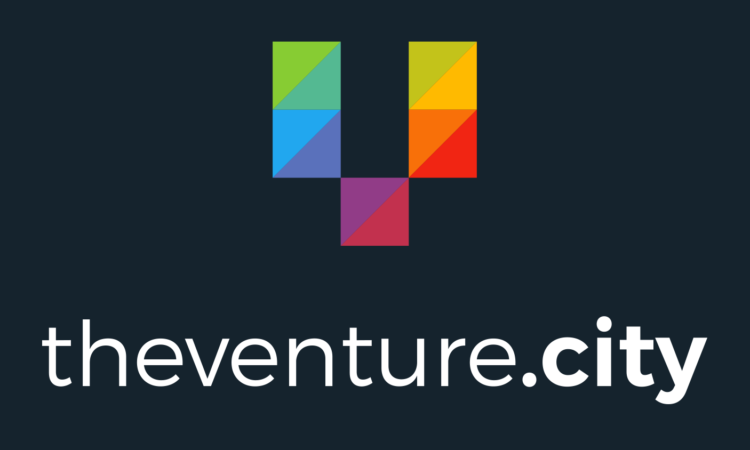 Despite the lingering presence of the coronavirus pandemic, the first quarter of this year saw startup funding deals valued at around $90 billion in the United States and Europe and the emergence of almost 100 unicorns, according to a report by TheVentureCity.

“Startups have started 2021 by smashing through previous years’ records. Ninety-eight new unicorns have been minted in Q1 alone compared to 61 in Q4’20,” reads the Status of Venture Capital Report Q1 2021, which is focused on VC activity in the U.S., Europe, and Latin America but includes insights about global trends.

TheVentureCity is a new venture and growth acceleration model that helps diverse founders achieve global impact. It has created a network of founders- and operators-turned-investors that invest internationally in software companies.

One of their earlier investments, retail credit service Returnly, was recently acquired by installment payment platform Affirm for $300 million. Returnly simplifies returns processing for retailers by offering customers instant store credit before an item is even returned.

The Q1 analysis shows that venture funding in the U.S. and Europe increased by 74% and 37% compared to Q4 2020, respectively.

“Deal value in Europe amounted to $19 billion. The USA topped $68 billion, which is over 2x above last year’s Q1 for both continents,” TheVentureCity wrote, adding that $2.9 billion was invested in Q1 in Latin America, up 102% since the previous quarter.

The growth in these regions, the report says, can be attributed to the stabilizing COVID-19 situation as well as the emerging and existing startups operating within growing sectors that have not been affected by the pandemic or might even have benefited from it.

According to TheVentureCity, deal counts picked up in Q1 but are still dropping compared to Q1 2020 “as investor’s battle for quality and the VC industry becomes ever more competitive.” Total deal counts across the U.S. and Europe were down 13% and 28%, respectively.

At $2.7 billion, seed funding in Q1 was up 8% since last quarter, it said, adding that early-stage deal activity was remarkably strong during the studied period.

“Even within global uncertainty and the ongoing COVID pandemic, early-stage funding racked up $20 billion deal value in Q1, up 15% since last quarter (Q4 2020) and beating Q1’ 20 numbers by more than two thirds at 66.5%. Overall, early-stage VC in 2021 shows no sign of slowing down and is an early sign for what could be a fantastic year in the industry.”

The analysis indicates that many verticals and companies are returning to pre-pandemic levels of traction.

The report says series A valuations have skyrocketed, which presents a “unique new opportunity” for micro-VC funds to access larger cash-on-cash multiples and, eventually, larger multiples on invested capital.

“These pre-seed/seed-stage investments might also go as far as to mint new institutional firms that will be specialized in micro investment opportunities that have the ability to grant phenomenal returns.”

Late-stage total deal value in the first quarter of this year shattered Q1 and Q4 2020 numbers with an increase of 162% and 98%, respectively.

“For the first time ever, investors deployed over $67 billion in a single quarter to late-stage companies, which represented a record 3/4 of total VC deal value in Q1,” TheVentureCity wrote, calling late-stage VC the strongest segment so far of the venture ecosystem in 2021.

The report notes that one reason behind the increasing concentration of capital in mature companies is their tendency to possess more concrete financial metrics and other operating data points, which reduces risk and increases the effectiveness of forecasting models.

Starting Q1, there were over 600 acquisitions of VC backed startups totaling a “staggering” $57 billion in deal value globally, TheVentureCity added.

In the IPO market, decacorn valuations continued with “unprecedented” growth in Q1, with at least eight venture-backed companies debuting at a valuation above $10 billion, marking the “highest” count in the last decade. The report says a total of 13 IPOs above $10 billion happened in the whole of 2020.

Another trend observed by TheVentureCity is the rise in popularity of Non-Fungible Tokens known as NFTs, which represent a unique set of files that are stored within a blockchain and allow people to verify the ownership of digital art works, such as photos, videos, audio, and other types of digital files.

“When considering NFTs in their current use as a form of digital art exchange, they become limited to a small vertical within the VC industry that might create a small subset of winners that become unicorns. However, the greater picture here is that NFTs may very well be used to facilitate and execute agreements that allow individuals to exchange virtually any asset class such as crypto, property, money, stocks, bonds, physical art, etc.,” the report says.

This has the potential to bring about an entire new trend that is being spurred on by the blockchain technology, supported by artificial and machine learning, which is growing exponentially, it added.

TheVentureCity believes various use cases of NFTs can ultimately lead to a higher adoption of cryptocurrencies.

Another prediction in the report is that decentralized finance (DeFi) will continue its growth momentum.

DeFi is a form of finance where financial products are made available on a public and decentralized blockchain network, which makes them open for anyone to use. This effectively eliminates the need for middlemen such as banks or brokerages and thus has the chance to provide real value.

“Within only two years, DeFi protocols have locked in over $19 billion in assets, and there are DeFi coins that have outperformed Bitcoin (BTC) this past year,” TheVentureCity wrote while bringing to attention that the promising ecosystem is still riddled with infrastructural mishaps and is open to hackers.

TheVentureCity sees a growing need in the VC market for emerging fund managers, who are driven by the desire to fill funding gaps and look for underserved markets and founder classes to nurture innovative early ventures.

Citing research by the Kauffman Fellows Journal, it says there is a “$20B+ investment opportunity” in the emerging manager and micro-VC subclass in the coming year.

In addition, the report highlighted that founders will continue to have significant power to select investors and negotiate deals as VCs continue to compete for the best startups with the highest potential.

The only issue is that this may lead to further inflated valuations for early-stage startups so this path must be carefully navigated with a longer-term vision in place, it cautioned.

Overall, Q1 was a record quarter and is setting the pace for what is likely to be a “milestone” year, TheVentureCity said, adding that it expects remote work, fintech, gaming, HR tech, healthcare, and blockchain to be the “hottest” sectors in 2021.