The Sociable1 year ago2 Commentsstartupssxsw 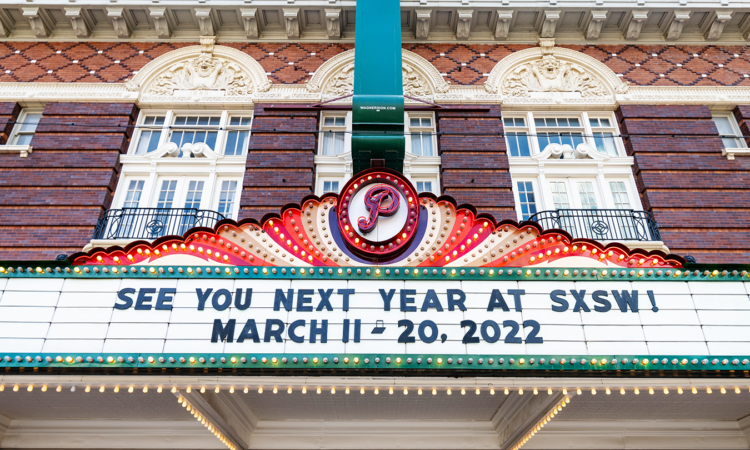 Braving the new online world in true style, South by Southwest (SXSW), the premier destination for creatives across the globe, took participants on a digital ride for its 2021 flagship event—an experience filled with thrills and charged with a strong sense of community.

SXSW—which is best known for its conference and festivals that celebrate the convergence of the interactive, film, and music industries—delighted enthusiasts this year with a myriad of fun and educational programs between March 16 and 20.

And it has already started planning for the 2022 event that is expected to be held in physical format in Austin, Texas, where SXSW was born in 1987.

“We at SXSW are hopeful that once people feel it’s safe enough to return to what will be the new normal of life, there will be a real enthusiasm for getting back to the things that brought them joy or opportunity or just the simple need to be out amongst humanity. We can’t wait to bring people together once again to meet and share ideas,” organizers say.

In line with its mission to foster creative and professional growth, SXSW created a unique virtual world this year that featured industry leaders, storytellers, and many other attendees who value creativity as a driver of innovation.

One special section of the digital event was the virtual pitches by startups that painted a picture of the future of technology. The winners were announced during the SXSW Pitch Awards.

For years, the SXSW pitch event has shined a spotlight on technology industry pioneers, from indie companies to trailblazers.

Of the 553 companies who presented their ideas at SXSW Pitch between 2009 and 2019, more than 80% received financial backing, with combined funding in excess of almost $7.6 billion.

Another notable achievement is that 18% of participants from previous seasons have been acquired by the likes of Google, British Telecom, Huffington Post, Apple, Live Nation, OpenTable, Constant Contact, and Harmon.

SXSW is  led  by Chris Valentine, an event producer who has been working with large-scale startup and innovation technology events for nearly three decades.

Since 2008, he has been responsible for producing startup-themed programs for SXSW, including SXSW Pitch (formerly Accelerator), Release It, Startup Village, and V2V/V2Ventures.

As another part of its offerings, SXSW hosted a Conference that brought together visionaries with diverse backgrounds across multiple industries, including more than 230 sessions “sourced from the SX community”.

The Featured Sessions, another segment of the event, offered plenty of food for thought, with insights from accomplished individuals such as astronauts Kate Rubins and Victor Glover from NASA’s International Space Station, Academy Award-winning filmmaker Barry Jenkins, and quantitative futurist Amy Webb.

“Demi Lovato: Dancing with the Devil” was the opening night headliner at the Film Festival organized by SXSW. “Tom Petty, Somewhere You Feel Free” and “Alone Together” were shown as the centerpiece and closing night films, respectively.

The registrants had the opportunity to watch and learn from 75 features, 53 films from first-time filmmakers, 84 short films, 20 virtual cinema projects, and 30 special events. The creative minds behind these works were celebrated during the SXSW Film Awards.

In addition, SXSW Online took music lovers on a tour around the globe “into the artists’ home countries and truly unique settings for one-of-a-kind performances from a Norwegian cable car and Abbey Road Studios to a Brazilian greenhouse cafe and a Taoist temple.”

SXSW Comedy was another highlight of the event, and a stellar line of exhibitors put their imaginative ideas on display at the Creative Industries Exhibition, which offered a one-of-a-kind platform for networking.

Influential figures in the world of gaming were honored at the Gaming Awards, and the SXSW Community Service Awards recognized five incredible organizations who have dedicated their missions to their communities.

Taking things to the next digital level, SXSW Online XR presented fantastical virtual versions of iconic Austin locations as well as a series of XR programs, including live panels.

“This year we also felt it was important to bring attention to local causes near and dear to the SXSW family via our SXSW Merch,” organizers said, adding that the Collaborations for a Cause merchandise collection donates a portion of proceeds to select local charities.

Whether digital or live in-person, SXSW has proved it has its fingers on the pulse of the latest industry trends and can put together events that warm the heart and enlighten the mind.

So members of the creative community have something exciting to look forward to in 2022, which will hopefully see the coronavirus pandemic well and truly gone.