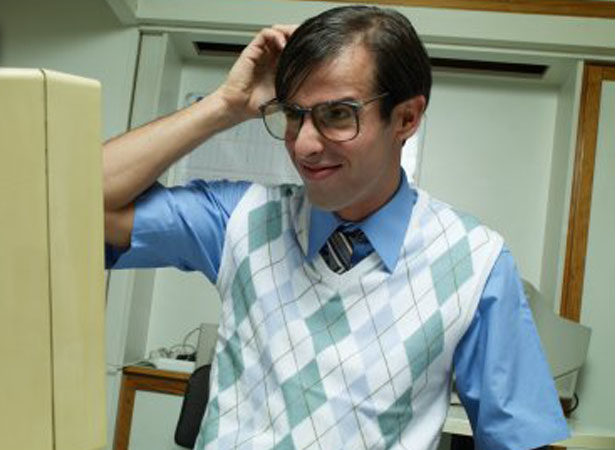 Growing up I wasn’t much of a gamer. As a 90’s kid of course Pokemon played (and still plays) an important role in my life, to the utter disgust of my fiancée.

But opposed to that, along with the opportunistic game of FIFA at a friend’s house, gaming is non-existent in my life; I don’t even own a console. No PlayStation, no Xbox, not even a Wii.

Anyway, the point I’m making is I’m not a gamer. I don’t game and gaming isn’t something that excites me. Don’t get me wrong I wish it did. But it just doesn’t.

As I work in the telecoms industry, I’m surrounded by all the latest technology on a daily basis. And recently I’ve been unable to escape the developments in Virtual Reality and how it’s going to revolutionize the way ‘we’ game. This got me thinking, why is it that I’m not a gamer? Why does a rope swing excite me more than Call of Duty? And is it too late for me to get into gaming?

First things first, I needed to find out what being a gamer actually involves. So, naturally the first thing I did was consult the most knowledgeable source I know, Urban Dictionary. This is what I found:

A True Gamer is one who consistently spends time playing PC and/or console games, at least three to four times per week. Hours spent playing can vary from only an hour per session to multiple hours per session. This consistent behaviour must be present for a long period of time (i.e. more than 4 –6 months).

A True Gamer also usually makes time to “fit in” a little time to play, no matter how busy he/she is. Playing games is fun and relaxing for the True Gamer. Great, so I don’t just need to be a gamer, I need to be a true gamer!

Although Urban Dictionary is considered by many Lad Bible dwellers as the Holy Grail for research, I thought it may be best to find out from another source what being a gamer is all about.

I spoke with Graphic Designer and self-confessed gamer Harry Flanagan about his gaming experiences and what it takes to achieve gamer status.

“Being a gamer can mean whatever you want it to mean. Some people will play for an hour a night; some will be utterly consumed by it. For me gaming is all about enjoyment. It’s about losing yourself in the world that’s created by your console. This isn’t specific to any game.

Personally I’m big on games with unlimited game play. Whether it be Football Manager on my laptop or Skyrim on my PS4, these games give me scope to explore, and continue to do so until I’m content, there is no set structure or definitive timeline.”

When I asked about how much time you have to invest in gaming to become a gamer I got this answer; “To class yourself as a gamer you don’t have to actually do anything. You can complete a lap on Gran Turismo and call yourself a gamer, but like I said, for me it’s all about enjoyment. If you enjoy playing games and make time to do so, then in my eyes you’re a fellow gamer.”

So, these are the three things I think I need to achieve in order to class myself as a gamer:

That sounds simple enough: time to break open the future Mrs Watts’ piggy bank and purchase myself a console. But what console? Arghh this gaming lark is harder than it sounds already!!!

Over the next month or so I’m going to give gaming a try. The chances are I’ll end up giving it a week, fail and have a £500 console sitting in my front room collecting dust. Or, I’ll get really into it and end up jobless, with damaged eyes and single. Wish me luck, I’ll need it.

Aaron Watts is a Digital Marketing and PR Executive for B2B Telecommunications company DuoCall and is completely clueless about gaming technology.

Why it makes sense to study online