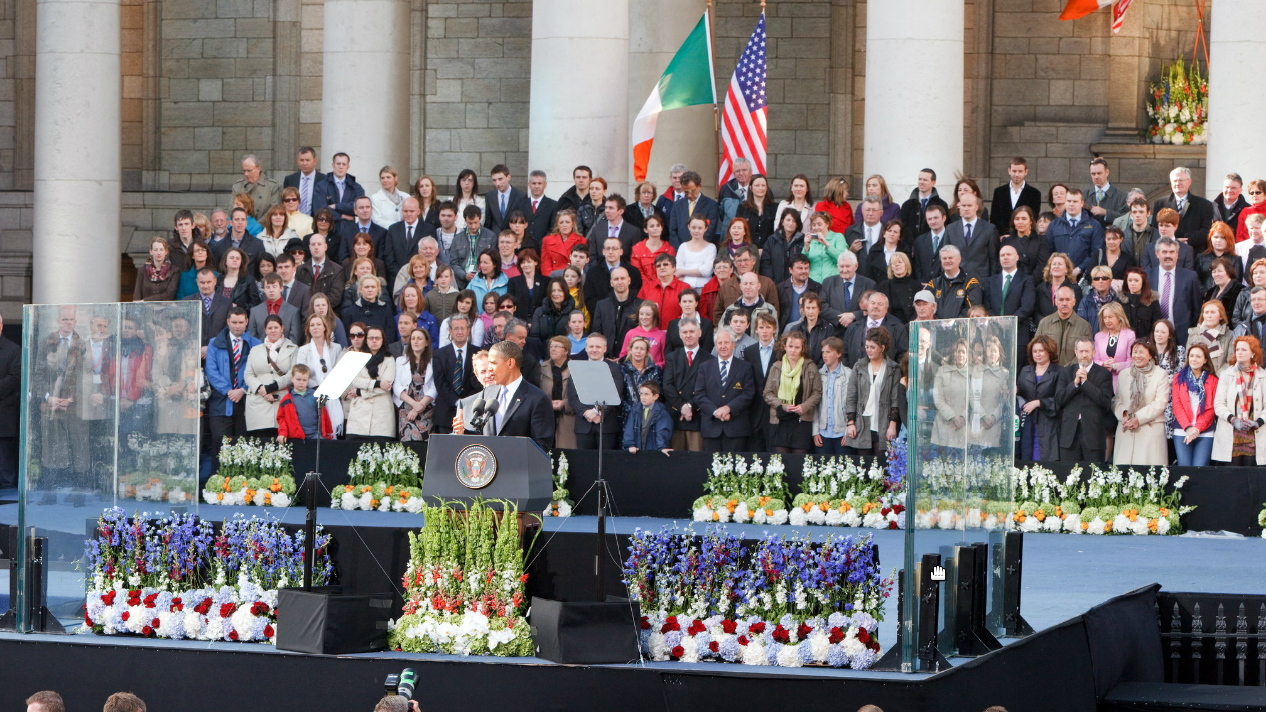 If you weren’t one of the luck 40,000 people who squeezed into Dublin’s College Green to see President Obama’s speech then click over to this brilliant panorama by Irish photographer Con O’Donoghue (@ConPhoto). 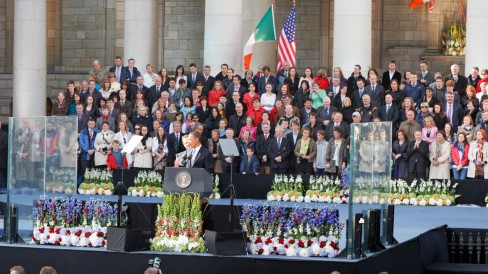 Click the image to see the panorama of Obama

To take the photo Con used a state-of-the-art DSLR with a 200mm lens. This was placed on “one beast of a tripod” with a fully automated robotic head which mapped the area into a grid during the shot.

The photographs were taken in RAW and were then stitched together using specialised software. After this the final image was imported into Photoshop for some corrections; a process which Con says can generate Photoshop .psd files of over 36GB in size.
After the photos are stitched and corrected they are outputted for the web and uploaded onto Con’s website.

If you are thinking of doing this in the future just be warned, as Con was worrying about “chromatic aberration, changing light and timing” as well as falling off stand he hardly had time to watch the speech. He did, however, say he was “immensely proud to have been witness to such a defining moment in Ireland’s life.”

If, after that, you still really want to try this for yourself Con says you will need all the equipment and “a steady hand and 3 Hail Marys.”