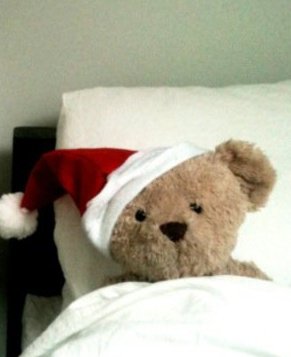 Christmas is that wonderful time of year when the world gathers together, and with one breath, prepars to laugh their socks off at some of the funniest videos produced for the season.

We present to you a selection box of some of the best Christmas Specials from this year (mostly) from across the web.

Our first presentation from the BBC today (one of two) comes curtsey of their always brilliant /comedy site and YouTube channel. This year the Beeb wonders what Queen Elizabeth’s first Christmas on Facebook will be like.

Our second BBC video comes via Misery Bear. Recorded in 2009, poor Misery Bear did not have a great Christmas. But you can cheer him up by becoming a friend on Facebook and Twitter.

Simon’s Cat has been up to no good this Christmas, he as discovered the Christmas tree, and is intent on exploring… Follow him on twitter and Facebook.

Ickle and Lardee, from My Milk Toof, are getting ready for Santa, but just can’t wait.

TV3 in Ireland scored a web meme with this video of little Jamie who ran into his uncle’s baggage trolley in Dublin Airport. No Santa’s little helpers were hurt during the making of this video.

A boy who had a bit of a bumpy ride while waiting for his uncle at Dublin Airport has become an internet sensation.

Almost 250,000 people have watched little Jamie take a bit of a tumble on TV3 news the other day.

But don’t worry, the knock didn’t bother him too much, and he was delighted to be back in his uncle’s arms for Christmas.

What would Christmas be without Lego? It would be pants and we all know it, so our Lego (or Legos if you are American) quotient comes from blobstudios.

In web terms this is a classic on par with Its a Wonderful Life or The Great Escape; the Muppets “sing” Ringing of the Bells from 2009.

A year in review, the global news perspective on 2010 [Video]