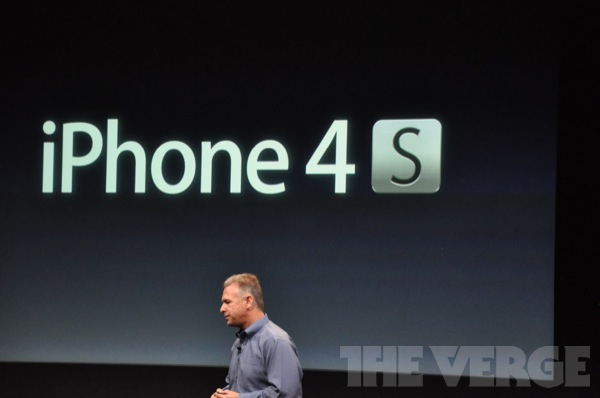 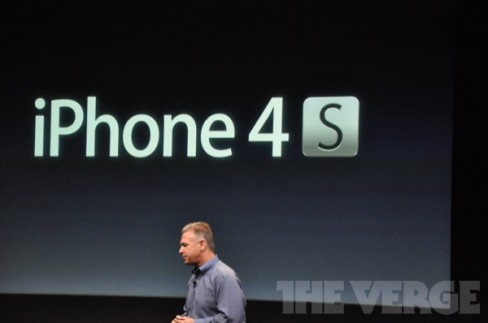 Apple's Phil Schiller speaking at the iPhone event in Cupertino this evening. Credit: The Verge

Apple has minutes ago announced the iPhone 4S and, just as we reported yesterday, there will be no recent release of an iPhone 5. The device will begin retailing on October 14th.

Phil Schiller, senior vice-president of worldwide product marketing at Apple, made the announcement on stage this evening at the iPhone event in Cupertino, California.

The device supports HSDPA, allowing download speeds of up to 14.4Mbps and upload speeds of 5.8Mbps – not quite 4G but the speeds are definitely comparable.

As expected, the new iPhone 4S comes with a new 8-megapixel camera and 60% greater resolution than the iPhone 4 at 3264×2448. The camera is said to be a lot faster and gathers 73% more light than the previous model. Interestingly, the iPhone is also the most popular camera source of photos posted to Flickr. 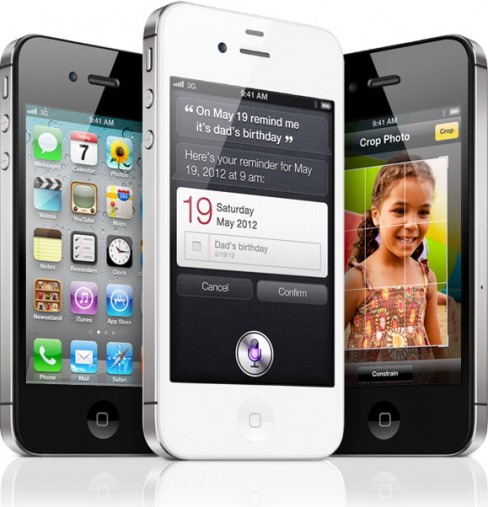 Scott Forstall demoed a new voice-controlled personal assistant feature known as Siri. Commands like setting reminders, searching the web or checking the weather are inputted by speech and performed on screen by Siri – brilliant and possibly game-changing. Siri currently supports English, French and German and is being launched in beta.

The iPhone 4S will be available for pre-order from October 7th. Three distinct variations of the device exist; 16GB, 32GB and 64GB models, all available in either black or white from the offset. The prices are $199, $299, $399 respectively but we’re not sure how that will transfer across the Atlantic at this stage.

A new 8GB iPhone 4 will now retail at $99, while the iPhone 3GS will be available for free when purchased with a carrier contract. By December 2011, the iPhone 4S will be available in over 70 countries (including Ireland) and on 100 different carriers/networks – Apple’s fastest iPhone rollout yet.