Augmented Reality Comes to GPS Navigation, So No More Driving into Lakes! 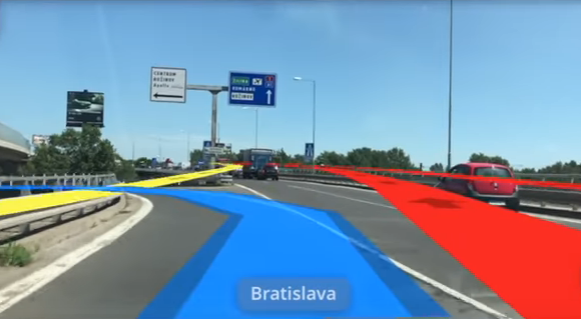 Augmented Reality is now being used by the world leader in GPS navigation technology, allowing a virtual overlay to live cameras in real-time.

Remember the woman who last year drove 100 feet into the freezing waters of Lake Ontario because she was following her GPS a little too precisely?

Well, now with the latest application of Augmented Reality (AR) to the world’s leading GPS navigation system, blindly following a purely animated GPS map while on the road is a thing of the past.

Sygic’s new AR feature uses a smartphone’s GPS and camera to implement an augmented reality-powered GPS navigation system. With the AR feature, the driver no longer needs to follow a map on their phone. Instead, they’re guided by a virtual path on the smartphone camera preview.

“Our new AR capability isn’t just a shiny new tool. Whether you’re in the car with your loved-ones, friends or by yourself, the AR featured is designed promote the highest form of road safety,” said Sygic CEO Michal Stencl.

The new AR feature is not only intuitive, but it’s also safer than traditional navigation apps. Drivers can rest assured they won’t miss anything crucial on roads or highways, as the real-time camera preview enables them to check conditions on the screen without impacting driving safety.

That means no more driving into lakes like Steve Carell’s Michael Scott from NBC’s The Office.

According to a 2015 Pew Research Center study, 67% of smartphone users surveyed said they occasionally use their phones for turn-by-turn navigation while driving. Even more, 31 percent said they frequently use navigation apps.

Described as one of the world’s most successful apps by the BBC, Sygic is the first premium navigation app to take advantage of AR for user’s safety and offer an even better experience from navigation. The AR feature called Real View Navigation is available for all Android and iOS users as in app purchase for only $8.99. 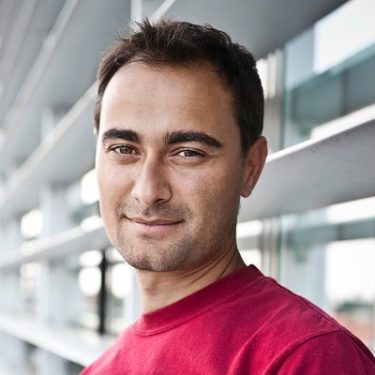 “We are so pleased to make Sygic’s AR feature available to users around the world. We understand the value of bringing the latest technology features into Sygic GPS Navigation, and to bringing smart life to your device,” added CEO Stencl.

Other Sygic features include real-time traffic and gas price updates, parking suggestions, daily warning of speeding cameras, and the ability to project navigation on one’s windshield at night.