HomeMobileIs it OK for corporations to piggyback social causes to expand?
Mobile 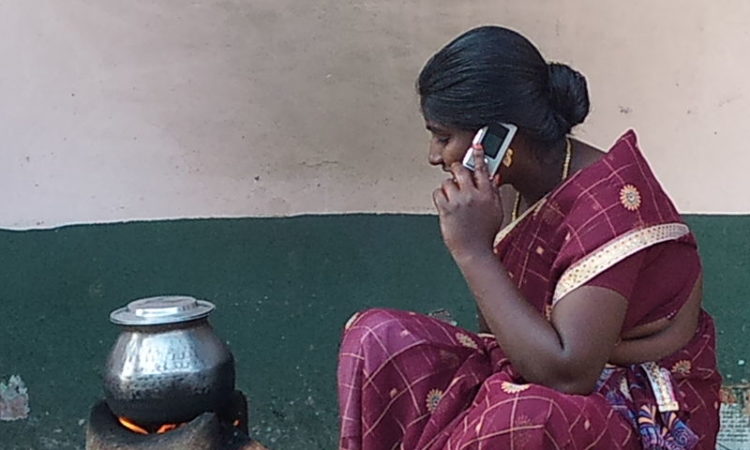 Can we really expect profit-oriented corporations that piggyback on social causes to have the best interests of developing nations when they look for reasons to expand?

Mobile phone ownership among women in developing nations may lead to greater opportunities, but is it OK for big corporations to piggyback social causes like the gender gap for their own expansion?

Take the recent report conducted by the GSMA that reveals female mobile ownership in developing nations has risen by staggering numbers (80%). Also, mobile has become the major means of accessing internet in these markets, where 48% of women use mobile to get online.

However, the report emphasizes that in spite of such numbers, the gender gap in mobile ownership is not closing.

While the report dwells on the gender gap issue, some of its key findings highlight quite succinctly the potential market out there for mobile phone operators, handset manufacturers, as well as internet service providers.

Also, “The GSMA estimates that closing the gender gap in mobile internet use across low-and-middle-income countries could add $700 billion in GDP growth (representing an additional 0.7 per cent of GDP growth) in these countries over the next five years.”

One wonders if this is an initiative to “liberate” women in developing nations or just an opportunity to arrive and conquer virgin business territories, while raking in billions.

Slaves to the Smartphones

Again, can we really expect profit-oriented corporate groups to have the best interests of developing nations when they look for reasons to expand?

After all, the GSMA is described as an organization that “represents the interests of mobile operators worldwide, uniting more than 750 operators with over 350 companies in the broader mobile ecosystem, including handset and device makers, software companies, equipment providers and internet companies, as well as organisations in adjacent industry sectors.”

In any case, the criteria for liberation of women is being measured by a device that is already causing physical and psychological problems. Sure, there was a time when our smartphones empowered us. Can we truly say that now?

We have long since become slaves to our smartphones rather than it being the other way around. In fact, we are so addicted to them that the fear of being without your phone has a name now, “Nomophobia.”

It is common knowledge now that constant and long-term use of mobile phones cause hand, neck, and back issues, anxiety, depression, disrupted sleep, diminished attention span, antisocial behavior, decreased empathy, and much more. Some people are already trying to change things.

Mobile Phones Give Power, Like Wielding a Sceptre or a Magic Wand

Still, the fact remains that owning a mobile phone gives a person literal power. It’s almost like wielding a sceptre or a magic wand. As to internet access, a smartphone remains the most affordable means yet. Smartphone prices start from around $20 in India, $42.25 in Algeria, $42.22 in Afghanistan, and $35 in Bolivia. At the same time, it fits in your pocket.

The most common reasons found by the GSMA report that hinder mobile ownership for women are lack of financial autonomy, lower literacy levels, and most importantly, prohibitive social norms, where in, mobile ownership is considered inappropriate for women, or where women are unable to visit retailers to top up their mobile phones.

Hence, without doubt, putting a mobile phone and internet access in the hands of a woman in a developing nation will be empowering, and she does covet that power. Like everyone else, she wants to own it, but she is being prevented from owning it.

This makes mobile phones another aspect of modern life that can make a woman feel inadequate. Without it, she feels ignorant, because she is more digitally challenged than a man. She feels unsafe because, she is alienated without a phone. She feels left out, because she is prohibited from using a seemingly useful device.

This sceptre of power does give women a chance to connect with the outside world as well as loved ones, easing some of the tasks in her daily life, and gaining access to entertainment. Of course, soon, she will find out how people are already at a stage where they are facing the ill effects of owning these devices.

It is also significant that wealthy nations have not been able to close this gender gap either. In a research by the Pew Research Center in 2016, gender gap in mobile ownership was found in countries like Canada, the UK, Germany, and France. In fact, Canada showed a 9% gap, a percentage that was equal to countries like Burkina Faso and Pakistan.

Cell phone marketers are on top of things when it comes to factors that affect consumer decision making when purchasing mobile phones. These factors include not just aspects like speed, connectivity, and special features, but psychological characteristics like personality, lifestyle, and brand loyalty as well.

Mobile phone advertisements make this only too apparent, when they emphasize on style and emotion, showing just how a phone can improve a consumer’s lifestyle.

So, while it is true that the findings of research such as the GSMA report are indeed valid, they also give mobile phone companies, as well as the various organizations related to them, an opportunity to piggy back on a social cause to arrive at mighty profits while monopolizing.

It is not an unknown phenomenon, and it has been called ‘digital colonialism’. Soon, developing markets flood with low-cost devices and special offers for women. Women get hooked, and then the prices go up.

However, in the process, women in these countries could open up, gain some autonomy, discover ways to change or improve, fight back injustice. If even a third of the targeted population achieve all or some of the above, maybe it is worth it.