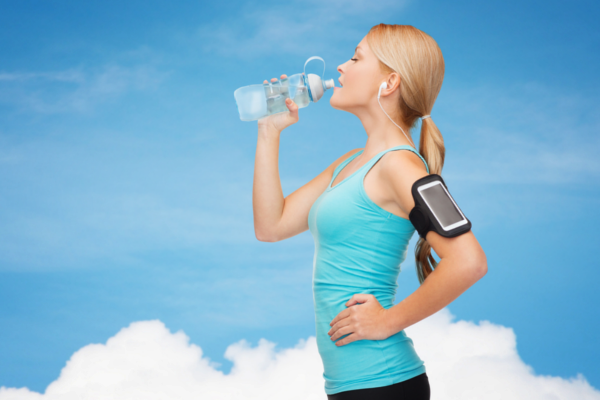 Difficulty controlling weight is not a new problem in the US with more than a third of American adults being obese — up from roughly one-fourth back in the nineties — and nearly 70% are clinically overweight.

Weight-watchers has existed since the 1960s, and it has offered users tips and support to help improve their diets and be more active. With the advances in mobile technology, there are more health and diet apps around than ever, but users are still struggling to find an app which really helps them trim down. Calorie counter apps are a popular trend which help users to monitor the amount of calories they consume and burn in a day.

However, while the idea of making people more conscious about the products they consume is great, nutritionists and disgruntled users are raising concerns that these apps are not effective as they could be. So what’s the problem with calorie counter apps and what other apps can we use to make real changes?

Calorie counting has been an unassailable weight loss dogma for decades which many experts argue is flawed. The “Calorie in, Calorie out” theory works on the assumption that the sole cause of being overweight is due to eating too many Calories. This theory totally disregards the metabolic and hormonal impact of different foods while forcing users into an obsessive relationship with food, by making them track and analyze everything they consume.

Research published in the Annals of Internal Medicine found that while these apps may help users be more conscious of what they consume on a daily basis, that they do not always show real weight loss results when used by themselves.

Aside from focusing solely on food consumed, calorie counter apps have been criticized for not engaging users. When studying the behaviour of patients using MyFitnessPal, Dr. Brian Yoshio Laing from the Martin Luther King Jr. Center in Los Angeles stated that “most patients were simply not ready to commit the time to track calories. It takes several minutes to input everything you eat for each meal. Many patients felt it was too tedious.”

What is a more effective app-based strategy for weight loss?

Rather than focusing on the amount of food you are eating- which can be counterproductive if your calorie restriction leads to binging (which it often does) – these apps should focus on the user’s daily lifestyle habits. Your weight goes hand in hand with your diet, but also depends greatly on your lifestyle.

One-size fits all approach doesn’t work for everyone. For some, a bad diet may be linked to poor organization and tending to go for quick and easy meals due to a busy work life or family commitments; for others the problem may lie in having a sweet-tooth or a carb heavy diet based upon rice and pasta.

Keeping track is important, but not necessarily of calories. People can track their general food habits along with recording how much exercise they do and how far they walk on a daily basis. We now know more about calories, so changing food habits towards consuming products which are easier to break down can make the world of difference. When users begin to think about all of these factors combined, positive and negative trends are likely to emerge. It is controlling these trends which will really motivate change, and see those pounds start dropping off.

Apps that really work, and why

One problem with Calorie counting apps, is that users had to spend 5 minutes after every meal painstakingly detailing everything they had eaten, which failed to keep people engaged. Rise matches users with a professional nutritionist, and allows them to send photos of each meal or snack via their smart device. The nutritionist can then assess the meal, and offer positive and negative feedback, and advice for the next meal.

The nutritionist will also set weight aims, and offer suggestions to the user to meet these goals, effectively coaching the user from the comfort of their smartphone and at a fraction of the price of hiring a nutritionist or personal trainer in real life. This tactic has proven useful because the labor aspect is taken away from the user, and being matched with a nutritionist adds accountability, and a human face to their weight loss aims.

Using a different tactic, Revive makes recording what you have eaten as easy as a few clicks on a screen, allowing users to choose from the food groups which they have consumed. The app was developed around the belief that user’s success will stem from healthy, long-lasting habits, not from doing calorie calculations everyday. By logging their food intake in a simple habit diary, users are able to detect the patterns that afflict them without losing themselves in unnecessary data and precision. Revive then turns into a virtual coach, providing personalized tips and comments to guide users to success.

Using coach.me users can set their own weight loss, activity or diet aims and then search for someone to help them meet these goals. The app offers coaches for everything from saving cash to developing a business idea, but many users use it to meet health and fitness aims. These coaches monitor the user’s progress using their goal setting and tracking app, and users are encouraged to interact with, and get support from other members in the community.

Weilos and getapplause harness the power of the online community to offer support for users in their own battle of the bulge. In a survey about social support in internet weight loss communities, 87% of respondents said a community helped them meet their aims by offering encouragement and motivation.

Weilos is like a fitness Facebook, built on real support, motivation, and inspiration from real people who offer advice and motivation through comments, inspirational quotes and also before and after weight loss photos. Users are motivated to make real changes and then post their own personal goals which they have met. The social media aspect keeps users hooked, and in touch with an engaged and supportive community of like-minded people.

To really make positive changes, apps need to provoke emotions and senses of attachment and achievement in users. Rather than being a chore, and making users obsess over their daily intake of calories, these apps should motivate users, and highlight positive and negative trends and behaviour.

Whether it be with a digital dietitian, a support group, or thousands of users within the same online community, having someone to share achievements with, and receive positive and negative feedback from, adds a personal touch to the experience and improves chances of success. No one said losing weight was easy, but having extra support from your pocket-sized personal trainer might just give you the kick that you need to make real positive changes.

Pierre Guimard is an associate director at Keley Consulting.  He is also a seed investor and advisor of Revive Weight Loss.